What are the lessons of the 1974-5 renegotiations?

At the Mile End Institute conference, Britain and Europe: The Lessons from History,  Mathias Haeussler considered what can be learned from Britain's 1974-75 renegotiations as the UK embarks on a new attempt to reshape its relationship with Europe. 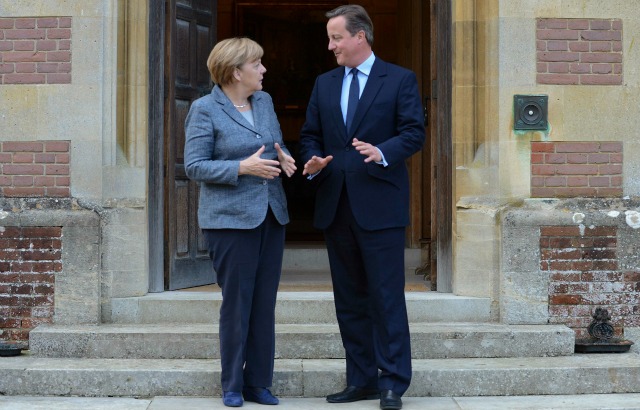 As a historian, I should first put up a disclaimer: lessons of history, of course, always have to be taken with more than a pinch of salt.

And indeed, the differences between the 1970s and today are evident to everybody: today’s European Union (EU) of 28 member-states is very different to the 1975 European Community (EC) of the Nine; the issues addressed by the current UK government are very different to the ones at stake in 1974-5; and it barely needs to be mentioned that Harold Wilson was a rather different politician to David Cameron.

In this article, I will address three of these key parallels, arguing that both renegotiations should ultimately be seen as the product of British policy-makers’ continuing refusal to have an all-out, open-ended debate about the country’s post-imperial identity and future international role.

The domestic origins of the renegotiations

Today’s renegotiation is frequently, and rightly, seen as having originated primarily out of the internal politics of the Conservative Party.

While it was Labour, rather than the Conservatives, that was divided over Europe in the 1970s, Wilson’s renegotiation too emerged primarily from party politics.

Though a majority of the Labour Party had been in favour of entry when party leader Harold Wilson had launched Britain’s second application as Prime Minister in 1967, the application’s rejection by the French and Labour’s electoral defeat in 1970 had triggered a significant swing against Europe.

Not only did the European question offer an ideal opportunity to attack one of the Conservatives’ key policies, but it also fed into wider ideological tensions inside the party.

In order to prevent a potentially fatal split, Wilson thus spoke out against Heath’s terms of entry in October 1971, proposing to ‘renegotiate’ them and putting the membership question to the British people in a nationwide referendum.

In so doing, he skillfully managed to appease the party’s opponents to EC-membership while, crucially, also avoiding committing himself to withdrawal in the run-up of the February 1974 elections.

As a result, the demands outlined in Labour’s election manifesto were formulated primarily with a view to their domestic and party-political appeal.

Indeed, when Labour won its surprise victory in the March 1974 elections, nobody seemed quite sure what exactly the renegotiations would actually entail, or how to achieve the manifesto’s objectives in Brussels.

It would take the new government quite a few months to clarify its demands – just like it took David Cameron until this month to specify what precisely he wants to achieve this time round.

All of this suggests that the substance of both renegotiations did or does not necessarily matter; instead, each should be seen as a political tool to manage and shape a difficult domestic debate.

In yet another parallel to today’s renegotiation, the more attuned of Britain’s EC partners soon managed to look through Wilson’s ‘double-speak’.

As a result, they refused any far-reaching changes to the EC’s mechanisms and institutions, believing that Wilson could eventually be appeased with some cosmetic changes only.

Nonetheless, most of them soon became scornful of British behaviour.

The German government, for example, strongly criticised Wilson’s repeated public and private insistences that he had not made up his mind yet, and that his position would entirely be determined by the terms achieved in the renegotiations.

After an Anglo-German meeting at Chequers in November 1974, for example, the German record noted that Wilson seemed ‘interested in Britain remaining a member of the EC, but without strong involvement; uninformed about details’; it also complained that Wilson had shown ‘no readiness to publicly declare the wish to remain inside the EC before final renegotiation results were known’.

This was highly problematic in German eyes, since they believed that Wilson’s personal stance, rather than any renegotiated terms, would be decisive in eventually determining the outcome of the referendum.

Neither did they actually buy into Wilson’s position. When Callaghan claimed during the November 1974 talks that ‘what happened in the referendum would depend not so much on the results of the renegotiation as on the atmosphere and situation at the time’, for example, the German Chancellor Helmut Schmidt brusquely responded that, if ‘the psychological needs were of that weight’, the British ‘might want to ask themselves whether they were proceeding psychologically prudently in filling in their needs only step by step’.

Thus, two factors combined to undermine the British renegotiation strategy in 1974-5: the perceived lack of a personal, high-level commitment to achieving a satisfactory outcome, and the lack of credibility of the British government’s insistence that its position would completely depend on the results obtained in the renegotiation.

Yet again, Cameron’s position today seems rather similar. Though he revealed his intention to campaign with all his ‘heart and soul’ for continuing EU membership in his recent Chatham House speech, he immediately made this promise conditional on the outcome of the renegotiations, claiming to reconsider his position if the EU turned ‘a deaf ear’ to his demands.

In light of both the party-political origins of the renegotiations and the limited nature of British demands, however, his position hardly seems any more credible than Wilson’s stance did in the 1970s.

Wilson’s refusal to offer any unequivocal statement of his intentions, of course, was done in order to actually win the domestic argument.

It nonetheless cast severe doubts over his ultimate ability to deliver a positive referendum outcome amongst Britain’s European allies.

For example, when Callaghan let it known immediately prior to the decisive European Council meeting in March 1975 that Wilson would ‘not even give his “private assurance” that he would push through a successful negotiating outcome, as such an assurance would eventually become public and negatively prejudice all hopes for a positive decision in Cabinet, majority of the party, and Parliament’, the Germans reacted immediately and strongly.

One government official wondered in response ‘what sense summit meetings had if Heads of Government did not have authority to make decisions on behalf of their countries’; it was something that ‘struck him and he had no doubt it would strike the Federal Chancellor as an absurdity’.

British dithering, combined with the evident insignificance of the actual substance of the renegotiations, thus stimulated German doubts over Wilson’s eventual ability to deliver in the referendum even further.

As a result, they decided to minimise German concessions and to coordinate a joint Franco-German negotiating position in a secret bilateral expert group prior to the Council meeting.

Not only did it lead to little meaningful change in Britain’s relationship with the EC, but it also triggered an erosion of trust and confidence in Britain’s future role in Europe.

Today, indeed, Cameron is seen as being even less able than Wilson in 1974-5 to deliver a positive referendum outcome.

As early as January 2013, the former German Foreign Minister Joschka Fischer wrote that Cameron’s strategy was ‘the product of two illusions: first, that he can ensure a positive outcome, and, second, that the EU is able and willing to give him the concessions that he wants’.

In spite of some obvious differences between 1974-5 and today, there are many striking similarities.

Fundamentally, these two episodes seem so familiar because both are essentially the products of a more general British reluctance to have a clear, all-out open debate about the country’s future relationship with Europe.

Both in 1974-5 and today, the idea to ‘renegotiate’ Britain’s relationship with the EC/EU was an attempt to channel an otherwise unpredictable domestic debate into largely artificial arguments over whatever terms would be renegotiated.

But these terms should be seen as symptom, rather than cause, of Britain’s troubled relationship with European integration.

If history serves as a guide, then Cameron’s renegotiations may probably fulfil their short-term domestic objective.

But they will not fundamentally change Britain’s relationship with the EU, or settle the European question in British politics for good.

Both of these aims would require an all-out, unconstrained national debate over Britain’s post-imperial identity and future international role.

The renegotiations, by contrast, are yet again consciously designed to sidestep and prevent precisely such a debate.

They are, essentially, meaningless shadow-boxing on the backs of other EU member-states.

This article is based on his presentation to the Mile End Institute Conference Britain and Europe: the Lessons from History which was funded by UK in Changing Europe.