From March until 7 May, the Mile End Institute will invite experts from QMUL and beyond to contribute ideas, analysis and commentary on the 2015 UK General Election. In this post, Dr Rainbow Murray reviews the Ukip manifesto in the context of equality and women's rights. 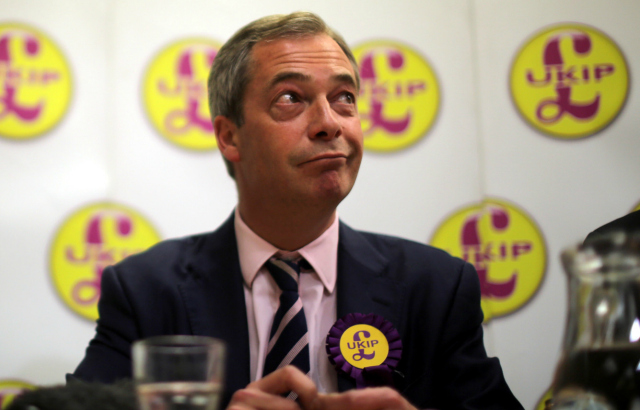 Ukip has published a series of measures that it claims will help women, entitled Believing in Britain, Believing in Britain’s Women. On the face of it, the document is a pleasant surprise, given Ukip’s poor reputation when it comes to women’s rights. Its proposals look promising, such as a repeal of the tax on tampons, better and more affordable childcare provision and more support in general for women’s rights. Hurrah! What’s not to like? Has Ukip finally received the message that it needs to work harder to win the women’s vote? Well, maybe. But women, beware. A closer look at each policy reveals that all is not quite as it might seem.

Some of the policies here seem sound, such as increasing the provision of midwives and support for mothers struggling with postnatal depression. Hard to argue with that. But beware the promise to abolish the “tampon tax”, which Ukip claims is contingent on exit from the EU due to European rules on scrapping VAT.

Reducing the cost of childcare, widening the choice of providers and providing wrap-around childcare for school-age children are all positive measures. It is also encouraging that this section discusses “parents” rather than “mothers”. There is no mention of how this will be paid for though.

The claim of “full support for current maternity and paternity rights” is an important u-turn for Ukip and a big step in the right direction. Perhaps it has finally got the message on this one. But it is hard to take such a claim seriously given party leader Nigel Farage’s track record on the matter.

He has claimed that maternity laws place too much burden on small businesses and that women working in the financial sector who have children are “worth far less” to their employers. The sudden support for maternity and paternity rights therefore rings rather hollow.

The proposal to take the lowest paid out of taxation is welcome, although the reference to “women choosing to work part-time” (my emphasis) ignores the fact that this “choice” is often socially constructed. Addressing wage inequality and placing greater emphasis on the role of fathers would be more effective measures of addressing women’s low incomes.

This section also introduces a swipe at immigration, claiming that introducing a points-based immigration system will reduce excessive competition for minimum-wage jobs, most of which are held by women.

Here, the emphasis is on bigger tax breaks for married couples – a conservative policy that increases financial benefits for nuclear families at the expense of single parents (most of whom are women) and unmarried couples. There are also proposals to increase support for carers, although this reinforces the emphasis on women in a caring role.

This is where the proposals really get interesting. Everything in this and the subsequent section on FGM is a not-very-subtle attack on ethnic minority communities. The rights referred to are protection from “cultural practices that are either illegal or which conflict with British values and customs, including forced marriages, female genital mutilation and honour killings”.

In this respect, Ukip is adopting an increasingly common approach by populist anti-immigration parties: it is using the rhetoric of women’s rights to make racism look progressive. The defence of women’s rights is used to denounce immigrant communities.

We’ve seen such practices before in other European countries, such as the Netherlands and France; Liza Mügge and Sara de Jong label this “femonationalism”, while Birte Siim argues that gender equality is “used by both mainstream political organisations and right-wing political forces as a tool of demarcation to construct a borderline between ‘us and them’, the gender-equal majority and oppressed Muslim women”.

While Ukip’s concern with issues such as female genital mutilation is valid, it is striking that the only aspects of women’s rights singled out for attention are those of particular relevance to immigrant communities – thus stigmatising those communities and portraying their women as helpless victims, while ignoring the many other concerns that women face.

Crime is an area that affects women a lot. From domestic violence to sexual assault, there is a lot that needs to be done to protect women from gendered crimes. Is Ukip on the case? Er, no. It has one policy here: to decriminalise non-payment of TV licences. This matters for women, apparently, because women (presumably due to their greater impoverishment) are more likely to be fined or jailed for non-payment.

More money to research into dementia and more investment in childcare would surely be welcome. But, for the most part, Ukip has eschewed the burning issues affecting women (poverty, violence, pensions, pay gaps, glass ceilings, benefit cuts …). Instead, it has tried to emphasise the impact on women of policies that did not initially have gender in mind.

Still, at least they tried. That has to be worth something. But they’ll have to try harder than this if they want to fix Ukip’s women problem or undo its voting gender gap.