From March until 7 May, the Mile End Institute will invite experts from QMUL and beyond to contribute ideas, analysis and commentary on the 2015 UK General Election. In this article, Dr Rainbow Murray reviews the party manifestos and asks which party has the best policy offerings for women. 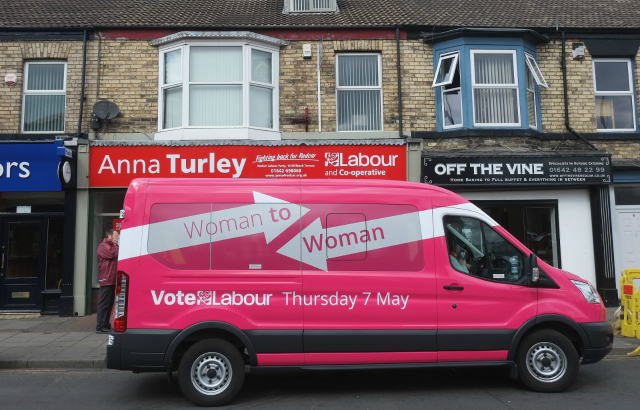 Which party has the best policy offerings for women? An analysis of the manifestos of the three main parties (Conservative, Labour, Liberal Democrat) reveals how their policies measure up.

Women have not fared well under the recent bout of austerity, with women comprising a disproportionate number of the staff, users and recipients of the public services and benefits that were cut. The government was criticised for neglecting the gendered impact of its austerity programme, with the lack of women involved in the decision-making process being cited as part of the problem. Will the parties offer women a better deal this time around?

The Conservatives claim they will, with a celebratory rhetoric arguing that things have never been better for women and that they seek “full, genuine gender equality”. But there is no recognition of the damage done to women, and the manifesto promises more cuts, especially to welfare (which will hit women hardest), along with more promises to axe red tape for businesses (which risks including cutting equality measures).

Labour is threatening to cap child benefit rises for two years, which will also hit women hardest, though the party also wants to raise the minimum wage, which will benefit women. The Lib Dems make somewhat unconvincing claims of getting an extra million women into work via more jobs, better childcare and better back-to-work support. They also want better gender balance in apprenticeships and, like the Tories, want to see more women on boards and other leadership roles – though, like the Tories, they are coy on the details of how to achieve this.

All three parties want companies with more than 250 employees to publish their pay gaps. Labour’s claim is most convincing here given that the party already legislated for this under the 2010 Equality Act. The other parties have stalled on its implementation ever since, thus making their current promises seem, at best, opportunistic.

The three parties are trying to outdo each other on the question of childcare. The current government introduced 15 hours a week of free childcare for working parents of 3-4 year olds – a welcome, if insufficient, measure.

Labour has long pledged to extend this to 25 hours a week. The Tories, not to be outdone, upped the ante to 30 hours a week. Meanwhile, the Lib Dems have taken a different approach, offering 20 hours a week but extending this to apply from the end of parental leave. This approach is arguably the most logical; childcare is most expensive in the first three years of a child’s life, and the lack of support during this time pushes many parents – usually mothers – to take an extended career break that can be very damaging for their re-entry to the workforce.

However, a good idea in principle looks unlikely to be achieved in practice, with the Lib Dems themselves acknowledging that it is only a “goal”, with much less ambitious plans in the first instance.

Labour’s other childcare offer is for all primary schools to provide wraparound care from 8am to 6pm, a policy also offered by UKIP. This is a great idea, although the suggestion that it will be staffed primarily by volunteers smacks a bit of the Big Society, with people (usually women) expected to provide public services for free. (The Conservatives are still banging the Big Society volunteering drum, with no recognition of the gendered consequences.)

The Conservatives and Lib Dems are promising to exempt parental pay from benefits capping, while Labour are offering to double the length and monetary value of statutory paternity leave. They also want to explore offering unpaid leave for grandparents wishing to be involved in childcare. The Lib Dems are offering a month of leave that is ringfenced for fathers, a policy that has worked well in Scandinavia. The Tories and Lib Dems are both offering more mental health support to women during and after pregnancy, while Labour promise 3000 more midwives. Meanwhile, Labour and the Lib Dems are also offering more support for carers, the majority of whom are women.

Although the universal condemnation of domestic violence is only relatively recent, it is now an issue on which nearly everyone agrees. The Tories boast of having a good track record in this area, although the evidence speaks to the contrary, and their emphasis on promoting marriage via tax incentives also discourages women from leaving violent relationships. Their claims to further protect women therefore ring hollow.

Labour does not offer a great deal more, focused primarily on low-cost initiatives and on changing mindsets, although the party does also offer a National Refuge Fund and wider access to Legal Aid for victims of domestic violence.

The Lib Dem offerings also focus on education and prevention, but their ineffective handling of the Lord Rennard scandal casts serious doubt over the party leadership’s understanding of respectful relationships.

A related theme in all manifestos, sometimes in the same section as domestic violence and sometimes in the international development section, is the theme of Female Genital Mutilation (FGM) and forced marriages. These are always popular targets as they appeal both to liberals and to closet racists.

The Lib Dems in particular focus heavily on these themes. Labour focuses instead on ending detention of pregnant asylum seekers and those who have been the victims of sexual abuse or trafficking. They also adopt a well-intended, if somewhat paternalist, stance towards protecting women and children overseas from violent conflict, eradicating poverty and promoting education. The Conservatives also mention protecting victims of sexual violence in the conflict in Syria.

Finally, on the other side of the penal system, the Conservatives want to explore initiatives to prevent the separation of female convicts from their children, while the Lib Dems want better rehabilitation of female offenders (without specifying why this would not also apply to men).

All parties want more women in parliament (or so they claim). The Conservatives are fielding more women candidates than ever before, though often in unwinnable seats. The Lib Dems, whose track record in this area is set to get even worse, speak only of making parliament more family-friendly and exploring job-sharing for MPs. Labour has by far the best record in this regard, and women have more input into their policies than in any other party, which Claire Annesley and Francesca Gains argue is key to ensuring that women’s needs are actually met.

Overall, Labour continues to be in the lead in all these areas, although the other parties are trying to catch up. The Tories have some progressive offerings in their manifesto, though their economic policies continue to be punitive to women and the gendered impact of austerity continues to be imposed by a male-dominated cabinet. The Lib Dems have some interesting and innovative ideas – more than could be discussed here – but their track record fails to impress, and many of their commitments are weakly phrased as aspirations rather than promises.

It is good that all the parties are eager to make promises to women – but they would do well to remember that actions speak louder than words.