The patriotic working class vote is up for grabs

David Skelton, Director of Renewal, responds to Jon Cruddas' vision for Labour, which he laid out in a speech to the Mile End Institute on 22 September 2015. 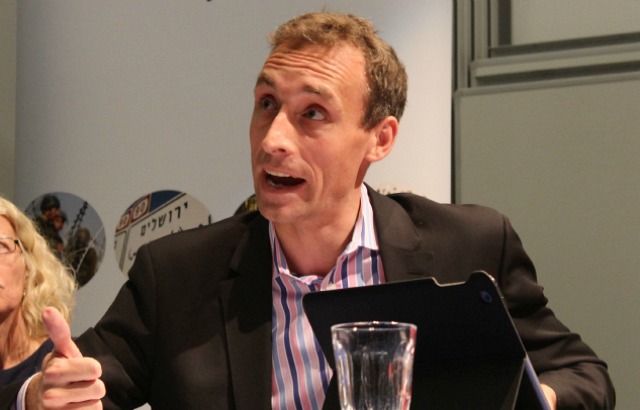 Jon Cruddas analysis of Labour's English problem is as incisive and provocative as you'd expect from one of the best thinkers in politics.

It underlines a detachment between the modern Labour Party and those patriotic, English voters who were once the party's core, as reflected so well by Martin Pugh in his ‘Speak For Britain’.

This detachment means that British politics is in flux and that the patriotic working class vote is genuinely up for grabs for the first time since the war.

Most of the findings of the Cruddas analysis are stark and illuminating. It’s maybe a sign of Labour’s post-election shock and stupor that they seem intent on ignoring them.

He found that Labour has lost its economic credibility and suffered because of that and “the collapse of Labour’s traditional working class base.”

In short, over recent decades, Labour has become a party of metropolitan liberalism.

On a whole range of issues, many of their most senior representatives don't share the values of the majority of English people and don't speak the language of the people.

And with the election of Jeremy Corbyn, they've doubled down on this, leaving them even more detached from the values of the people and further away from power.

This represents an existential crisis for Labour if they don’t respond to it quickly – they cannot exist on metropolitan liberalism alone.

Indeed, it was this that partially inspired me to set up Renewal.

I'd lost count of the number of times that people said to me, “Labour used to be my party, but it’s not any more… they don’t speak for people like us any more” or some variant of that.

These were voters who may well still have voted Labour but had lost any genuine sense of emotional attachment to the party.

The patriotic working class used to look to Labour, and representatives from Bevin to Healey, and think it stood for and understood them and represented a natural extension of their community. That’s simply not the case anymore.

Its strength with metropolitan voters is not offsetting the destruction of Labour’s relationship with its traditional core.

This disengagement is even starker in working class areas, as shown by the depressingly low turnout in many safe Labour seats - even below 50% in some places.

But disengagement in politics amongst Labour voters isn't a Labour problem, it's a problem for politics as a whole.

Too many voters see a politics that doesn’t relate to themselves or their experiences.

That’s not just a Labour problem, that’s a political problem, especially when disengagement turns to anger.

We saw in Scotland how weak Labour’s hold is on some of their ‘heartlands’, in which, as Fraser Nelson succinctly put it, Labour have spent too long “winning without fighting.”

Note from Jon Cruddas’ analysis that such voters are actually quite economically interventionist and still think the economy is tilted in favour of  vested interests.

Dogma of right or left matters far less than security, community and love of family and nation.

All too often, politicians of the left don’t use the word ‘aspiration’ at all and politicians of the right seem to define it as ‘escape’ from community, ignoring the fact that most people don’t want to escape their community and actually aspire to a better life within it.

The future of politics depends on how politicians of both parties respond to this pervasive sense of disengagement.

Conservatives can take a number of steps to ensure that they are the party to do this. It’s crucial that the government defines its mission as one of creating a country of opportunity, where everybody, regardless of background is given a fair shot, accepting that many voters don’t feel they get this fair shot at the moment.

And this should reach into every aspect of government policy.

And Conservatives shouldn’t be afraid to link this to the public debate about inequality.

They should argue clearly that education, job creation and wage growth are all crucial to tackling underlying problems of inequality and poverty and that the left has nothing to say on these issues.

Conservatives should remain focussed on tackling the root causes of poverty and be comfortable describing this as a moral mission.

At the same time, Conservatives shouldn’t shy away from criticising corporate excess, such as when executive pay bears little or no link to performance.

In terms of sharing prosperity: the announcement of a National Living Wage was a decisive step to making this happen, emphasising that the benefits of economic growth should reach everybody in society.

The government should make clear its fundamental mission is to improve life chances and opportunities for people who have felt neglected by politicians for too long.

Similarly, housing has always been a fundamental part of the Conservative message when it has been at its most powerful and broadest.

The goal should be ensuring that some of the lowest paid people are able to move into home ownership, meaning that government should focus on boosting housing supply.

The ‘Northern Powerhouse’ should also be expanded to cover those former coalfields, steel and mill towns that are still suffering from the after effects of deindustrialisation, including high unemployment and worklessness and poor health and education outcomes.

Too many communities have been devoid of hope for too long, feeling that politicians have either ignored them or taken them for granted.

Steps, such as tax incentives and investment in infrastructure, should be taken to dramatically revive the economic fortunes of these areas that have been suffering for decades.

Tackling this disengagement also means having more politicians who look and sound like the areas they represent.

There’s still a real shortage of working class representation in the House of Commons as a whole and on the Tory benches in particular, with around half of Tory MPs being privately educated, compared to only 7% of the population.

Measures to introduce a ‘bursary’ for low income candidates are an important step to ensure that Parliament is more representative of the country as a whole.

Jon Cruddas has set out the immense challenges facing the Labour Party.

He also presented a realistic route to a Labour recovery. But his party has darted in the opposite direction and seems intent on ignoring the general public and their traditional voters.

The problems of disengagement and disenchantment are also challenges facing politics as a whole, but they could also represent a fundamental realignment of British politics if Conservatives take the right opportunities to address them.

The election of Jeremy Corbyn as Labour leader enhances this Tory opportunity and increases the threat to Labour.

The map of British politics could look very different in a few decades time.