The guardians of the Constitution?

In the context of increasing tensions between the Lords and the House of Commons, Nicholas Altham considers the implications for the UK’s constitution and politics. 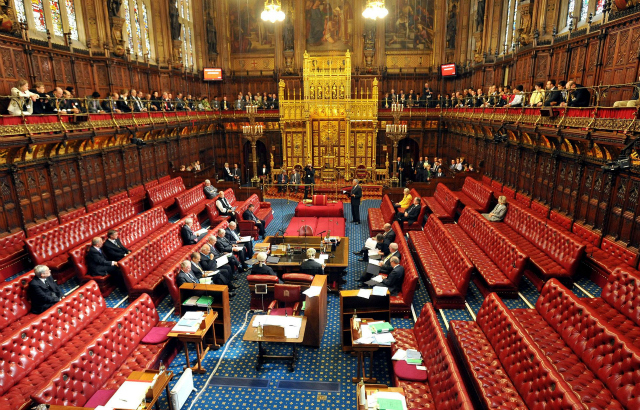 Across the United Kingdom it is clear that the politics of the constitution will dominate the next five years. The consequences of the election mean that the House of Lords shall not be among the least of them. In our queer parliamentary constitution, two key principles are coming into conflict: the rights of MPs to enact a manifesto approved by the people, and the rights of the Lords to amend, revise and delay legislation. Which is the true constitutional course depends on which history you choose to remember.

The will of the people

In May Charles Moore of the Spectator noted that this is the first Conservative government in history not to enjoy a majority in the Lords. It is inevitable that Labour and the Liberal Democrats will together defeat the Tory Minority. So, what was Moore’s solution? Simple. ‘The right Tory response…would be to threaten to create hundreds of new peers so that the will of the people may prevail.’

Charles Moore was misinformed. As he implicitly recognised with his reference to the precedents of Asquith and Lloyd George; to threaten the House of Lords has been Liberal, but never Tory doctrine.

In 1893 the Conservative and Liberal Unionist peers rejected the second Irish Home Rule Bill by a vote of 419 to 41. They justified this as ‘a strictly democratic duty’; they would only allow the Bill to pass once the government had secured the proper assent of ‘the people’. Many of the Liberal arguments in the 1892 election had rested on the various social and economic reforms of the Newcastle Programme, not on Home Rule. The Liberals had not even won a majority and governed only with the support of Irish Nationalist MPs.

This assent of the people could be obtained by a clear Liberal victory in a general election where a full-detailed Home Rule Bill itself was the sole issue before the people. The constitution was too important, Conservatives said, to change it with anything less than deliberate democratic approval. Naturally this was not an opinion the Liberals endorsed. As far as they were concerned the majority support of representatives from across the United Kingdom gave them a mandate to implement everything in their manifesto.

The Lords won in 1893, and Home Rule disappeared for two decades, but when it reappeared the Asquith government ensured with the Parliament Act of 1911 that the Lords became subordinate to the Commons. In the 1940s the Conservatives majority in the Lords adopted the self-denying Salisbury convention, which agreed not to oppose a government’s manifesto commitments and so buttressed the Commons’ primacy.

After the election however, Lord Wallace, leading the Liberal Democrat peers, has contended that the Lords must ‘retain the right to say no’. A government with a majority gained on ‘less than 37 per cent of the vote on a turnout of 66 per cent’ must ‘reflect’ on the (weak) ‘strength’ of its mandate.

Baroness Stowell presented the contemporary Conservative case that the Lords does not exist ‘to get in the way of what people in this country have voted for’ and for them to defy the government would ‘not be consistent with the democracy we live in’.

Already we hear dark talk of ‘constitutional crisis’ as on Monday the House of Lords will vote on the government’s tax credit cuts. Although a manifesto commitment, its opponents call the policy ‘vindictive’ and suggest it does not enjoy public support. The Lords look unlikely to back down, with the Liberal Democrat Lord Newby calling on the Prime Minister to ‘think again’ and that any crisis ‘would be of his making, not ours’. Jacob Rees Mogg MP, today’s premier Conservative constitutionalist, suggested that it may be time to ‘review the decisions of Grey and Asquith on creating more peers’ if the Lords were to challenge the Commons.

As we will not now see a comprehensive solution, this will not the end of the issue. Already the SNP are testing an argument that EVEL disempowers Scottish MPs and leaves unelected Lords with more rights in Parliament than them.

Back in November 1892, the Conservative Leader, Lord Salisbury, argued that just 775 votes in 21 constituencies had decided the election. Such a small margin of victory was clearly not a decisive result. In other words, a government’s ‘mandate’ was an ephemeral not an absolute quality. As everyone agreed Britain was a parliamentary democracy, and the Lords were half of Parliament, they had their own mandate to ensure that those laws passed by the Commons were what the people really wanted. The Liberals disagreed, and one of their few remaining peers, the Marquess of Ripon, suggested that

The positions of right and left seem to have changed places since then. Today, Tories argue for creations of peers to carry out the will of the people, while Liberal lords question the strength of the government’s mandate. Both assert they are acting on behalf of the people. As our latest constitutional crisis rushes down on us, it is clear that neither Lords nor Commons will easily give up their claim to be the guardians of our democratic constitution.