So, who was Ted Heath? 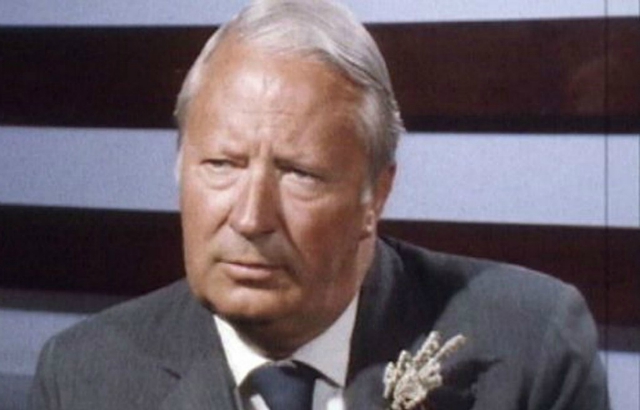 Edward Richard George Heath was leader of the British Conservative Party for almost ten years. That saw him serve both two stints as leader of the opposition and four years as prime minister. There were four general elections during the period, but electoral success remained largely elusive – he recorded only a solitary victory, in 1970.

Despite this, his political and historical imprint is significant. Now British police are examining claims of child sexual abuse against him. But who was Ted Heath the politician? And what is his political legacy?

The esteemed historian, Peter Hennessy, has argued that Ted Heath is one of the British prime ministers with a political reputation most in need of rescue and repair. Yet also, he thinks it’s “the easiest to be so rescued”. Heath’s legacy is contested most forcefully within the Conservative party itself – a political grouping which he led with care and no little determination but was, he felt, full of three sorts of people: “shits, bloody shits and fucking shits”.

Rise to leader, and time in opposition

Heath’s inconsistencies were clear to see in his rise to the Conservative party leadership. He was the first to emerge through a secret ballot of his contemporaries rather than a patrician system conducted behind closed doors. The contrast with his predecessor, Alec Douglas-Home, could barely have been greater. Heath encapsulated modernisation and, to the Daily Mirror in 1965, he exemplified “a new kind of Tory leader – a classless professional politician who has fought his way to the top by guts, ability and political skill”.

Yet Heath took the act of becoming leader as a cue to change his style from the collegiate to the aloof. This detachment characterised his interaction with parliamentary colleagues. But it was his interaction with the public that was most problematic, and a Panorama documentary analysing his political difficulties described Heath as “self-conscious in performing some of the basic inanities of the political trade”. Poor personal ratings dogged his leadership.

His political compass allowed him to be characterised in opposition as a “Selsdon Man” – a doctrinarian promoter not of liberal conservativism, but instead a laissez-faire libertarianism. However, by sacking Enoch Powell from the shadow cabinet following his 1968 “Rivers of Blood” speech – that made Powell at once both the most revered and reviled politician in Britain – he showed political temerity and strength.

Conservative victory in the general election of 1970 was unexpected – it flew in the face of all polling predictions and Heath won the premiership despite Harold Wilson’s presidential-style campaign.

In office, when Heath viewed a policy as integral to his political mission he had no problem bypassing opposition from all sides and all levels of his party. The truest example of this was Britain’s entry into the European Economic Community in 1973, a parliamentary victory achieved only with the help of Liberal votes.

It could be argued this decision caused surprisingly little internal strife – there was, after all, comprehensive cabinet agreement. It was his decision to allow some 25,000 Ugandan Asians to settle permanently in Britain that excited the most visceral reaction within his party.

Yet his doggedness was matched by the ability to perform a screeching u-turn on economic policy. Tax cuts matched with reductions in expenditure were pursued with vigour, but soon replaced by infrastructure projects and a “dash for growth”. This was driven largely from what he saw as the potentially horrific consequences of unemployment, which peaked at an unprecedented one million in 1972 (under Thatcher, it reached three times that level). Yet his reputation for fiscal conservatism, procured in opposition, was impossible to shake.

Ultimately his economic record was damaged by a culmination of largely unavoidable crises – principally driven by a debilitating rise in the oil price – that culminated in the commercial restriction of electricity and coal burning, and his introduction of a three day week in early 1974.

The election of February 1974 was again a surprise, but this time Heath was on the wrong end. Pollsters had predicted a Conservative lead of 2 per cent to 5 per cent in the popular vote. In the end it was 0.8 per cent, but Wilson’s Labour was the larger party in a hung parliament.

Heath’s attempt in the aftermath of the election to form a coalition government was driven by his personal survival instinct, but also showcased a glimmer of bipartisanship. Any potential coalition government was scuppered in no small part by a feeling that it was Heath’s time to go. Ken Clarke, then a junior whip, got the message from a prominent backbencher that he should “just tell that man to stop messing about. We have lost an election, we cannot form a government, we have been defeated and we must go with dignity”. Wilson’s minority government struggled on for a few months, but a second election was called for October.

Heath’s campaign throughout 1974 that the next election should result in a government of National Unity was fruitless and, in the October election, Labour achieved a slim majority. That he staggered on to 1975 seems surprising when viewed today. His replacement by Margaret Thatcher was the result of electoral failure and an almost complete detachment from his parliamentary party.

Heath’s subsequent 18 years on the backbench – nicknamed by wags as the “Incredible Sulk” – looks extremely unlikely to be matched by an ousted prime minister any time soon. His opposition to the Thatcher government in these years – on everything from the poll tax, monetarism and rising unemployment at home to the Falklands war – was equalled in doggedness only by his continued support for the European project.

It is deceptively difficult to pinpoint Ted Heath’s place in the modern political landscape. Yet it is this primary legacy of Britain’s place in Europe that gives his political biography such relevancy today.