Last month, Michael Kenny, Tim Bale and Andrew Gamble wrote blogs on what to watch out for at the party conferences.  Here are their responses to what happened. 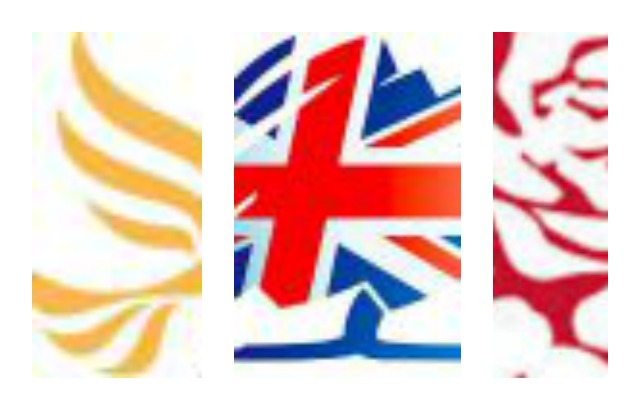 Michael Kenny on the Liberal Democrats:

The harsh realities of life as leader of the third (or perhaps fourth?) party of British politics must now be all too apparent to the Lib Dems’ new leader, Tim Farron.

A few weeks on from a party conference that was widely viewed as a success, who now remembers the Lib Dems or what Farron said?

His team’s disappearance from the main storylines of British politics makes the task of defining himself and re-defining his party among those publics that turned so decisively away from the Lib Dems, hugely challenging.

Farron’s speech was effective and well delivered, but it did not really convey a deep willingness to confront the scale of the challenge his party faces.

His reach for the vast acreage that lies between the government and Corbyn was the right choice, but few viewers will have come away much the wiser about the purpose and rationale of his party.

Farron’s cheeky pitch to Labour dissidents in the run-up to the conference was poorly judged.

However much they hate Corbyn, no Labour MP is going to go near the Lib Dems for a long time.

Where he should have focused his energy was on showing that, contrary to the presentation of him as a lightweight soft-lefty, he has a depth of principle, a strength of character and a seriousness of purpose – that he may, in short, be a force to be reckoned with, by voters uneasy with Labour under Corbyn.

What he did succeed in doing was showing that he can speak comfortably about his own roots, deploy a reasonable tonal range, and talk in clear, moral terms without sounding forced or sanctimonious.

This is the first time that many viewers will have heard him speak.  And his voice – quite literally – is a political asset, marking him out from the other party leaders, and sounding much more like the majority of the country than they do.

This observation carries a wider significance. English liberalism arose and developed as a radical political creed, opposing a corrupt political establishment and entrenched concentrations of power, and it grew in the great cities and towns of the North, West and South.

Farron needs to reclaim this heritage, draw energy and life from it, and mark the contrast with Labour’s militant metropolitanism.

And this should inform the way he tackle his first strategic challenge – to decide where the revival of his party will begin.

Does he focus most upon the University towns where the Lib Dems are challengers to Labour, but where Corbynism may well appeal?

Or, does he start the long haul in those areas of historic strength – notably the South West – where the party was routed in May, but where deep liberal roots remain?

Michael Kenny is Director of the Mile End Institute . His latest book, The Politics of English Nationhood, will be available in paperback in early 2016.

Tim Bale on the Labour Party:

Labour’s Conference in Brighton wasn’t quite a tale of two nations between whom, to borrow from Disraeli, ‘there is no intercourse and no sympathy; who are as ignorant of each other’s habits, thoughts, and feelings, as if they were dwellers in different zones, or inhabitants of different planets; who are formed by a different breeding, are fed by a different food, are ordered by different manners, and are not governed by the same laws.’

But it wasn’t far off.

You can cut it and call it however you like – left vs right, Corbynistas vs Blairites, whatever.

But the main divide down by the seaside at the end of September was mood. Either you were despairing or you were delusional, with the majority of delegates seemingly in the latter camp.

Certainly the lovely people I was lucky enough to sit next to during the Labour leader’s speech lapped it up, with one of them at the end excitedly comparing the experience to being in a revivalist meeting.

The commentariat – one of Corbyn’s top targets during a stunningly self-indulgent speech – was rather less impressed, as were those Labour MPs who simply couldn’t bear to stay to listen to him and a fair few (maybe even one or two members of the Shadow Cabinet) who did.

But for his fans the media’s verdict was simply proof – if proof were needed – of the ongoing neoliberal conspiracy against St Jeremy, a big part of which is maintaining the false consciousness of a working class who would otherwise have been rushing to join the trade union protests at the Conservative Party Conference the following week.

Interestingly, the self-same commentariat turned out to be slightly more taken with the speech given by the Shadow Chancellor, John McDonnell – and not just because, unlike his boss, he made no pretence that it would be anything other than, in his words, ‘stupefyingly dull’.

Partly as a result, but also because he had a stab at supposedly dialling down the ambition as well as the rhetoric, it could make a fair claim to being interesting.

But was it really?

As predicted, Labour has jumped – and jumped joyfully – into George Osborne’s elephant traps on spending and welfare.

Academic economists may be celebrating McDonnell’s news that he’ll be taking advice from a number of their colleagues.

But the rest of his announcements were things we’d already heard before – shaking the magic money tree that is corporate tax avoidance, bringing in a ‘Robin Hood’ tax, and leaning on the Bank of England to introduce ‘the people’s QE’.

These are wish-lists unlikely ever to be fulfilled in the real world.  But, for the moment anyway, the latter isn’t something Labour – especially its delusional faction – seems to be worrying too much about.

Tim Bale is Professor of Politics at Queen Mary University of London. His latest book, Five Year Mission: The Labour Party under Ed Miliband, was published in June 2015.

Andrew Gamble on the Conservative Party:

The Conservative conference was a relatively smooth, predictable affair.

The Conservatives had been warned not to be too smug, but then they had quite a lot to be smug about, not least the comprehensive rout of their political opponents in England at the General Election, and the open goal presented by Jeremy Corbyn’s election as Labour leader.

The strategy of Osborne and Cameron was plain throughout the Conference – taking advantage of Labour’s shift to the left to colonise much of the political space which Labour has occupied for the last 25 years.

They did so partly by appropriating Labour policies – the living wage, the national infrastructural commission, the devolution of business rates – and partly by articulating Labour values.

Cameron spoke passionately about the need to counter discrimination, promote social mobility, and ‘to finish the fight for real equality’.

This may be the first Conservative conference where the delegates have had to cheer equality.

Yet not all is serene for the Conservatives.

There was disquiet about the planned reductions to tax credits, but it was brushed aside. Ministers calculate that although many of the working poor will suffer it is better to get the pain out of the way now.

Osborne seems determined to push ahead with deep cuts in the spending review next month in order to deliver fiscal surpluses which will give him the space for big tax cuts ahead of the General Election in 2020 when he hopes to be Prime Minister.

Doubts remain about the political feasibility of these plans. He only achieved 50% of his target in the last Parliament.

Another issue which agitates many Conservatives is immigration.

Theresa May, instead of ignoring the issue, decided to make it the centre-piece of her speech, adopting hardline anti-immigrant rhetoric to distract the conference delegates from the Government’s record.

Her speech brought fierce condemnation from the Institute of Directors and some incredulity from her own supporters.

Europe rumbled away in the background. The party managed to avoid open and damaging splits, mainly by sticking to the line that Conservatives should support David Cameron in his efforts to renegotiate Britain’s membership and only form a judgement when he presents the results.

These are all reefs ahead, but for the moment it was Morning in Manchester, and the Conservatives radiated confidence and strength.

Andrew Gamble is a Professorial Fellow at SPERI and author of many distinguished books on political economy, including The Conservative Nation, Politics and Fate, and The Spectre at the Feast. His latest book is Crisis without End? The Unravelling of Western Prosperity.

This article was first published on the website of the Sheffield Political Economy Research Institute.