No, Thatcher didn’t cause the Conservative decline in Liverpool

There's a common perception that Margaret Thatcher is responsible for the Tory decline in Liverpool. It's not quite as simple as that, argues David Jeffery, a PhD student at Queen Mary University of London. 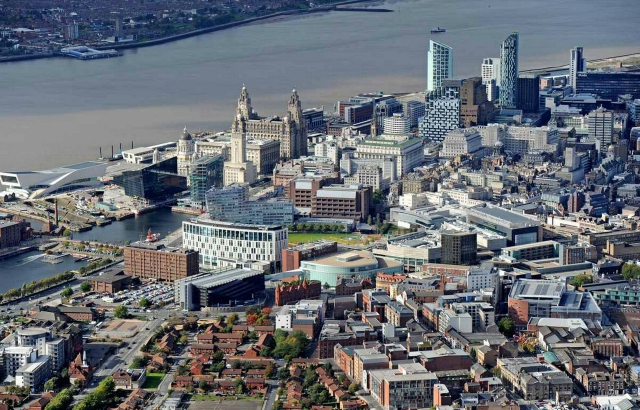 If you told a Liverpudlian like me in the late 1960s that Liverpool was a safe Labour city, you would have been greeted with incredulity. In 1968, the Conservatives won nearly 80 per cent of the council seats on over 60 per cent of the popular vote. In 2015, however, they once again won no seats, scraping a paltry 6.5 per cent of the vote.

So what happened? The lazy, knee-jerk answer is Margaret Thatcher – but that’s not borne out by the facts. Local election vote shares can be broken down into four periods.

Decline, then, really set in during the 1970s. Three explanations spring to mind: the decline of pro-Conservative political socialisation, the role of national government policy, and the rise of the Liberal Party.

Socialisation is the process whereby an individual’s beliefs, outlooks, and other related values are shaped by the environment in which they find themselves, especially between the ages of 15-24. In Liverpool, this would have worked to the Tories’ advantage. From the extension of the franchise until the interwar years, Tory dominance in the city was due to support form the Protestant working class.

Over time, however, this Tory socialisation was eroded by national trends, which saw new voters socialised into the national, working class-Labour relationship, rather than the local Protestant working class-Conservative relationship.

Socialisation, however, cannot explain the sudden, dramatic swings to and from the Tories in the 1960s. It is clear that the Conservatives in Liverpool benefited immensely from the unpopularity of the first Wilson government, whilst local issues played a secondary role. But their dominance in the mid and late 1960s can mainly be attributed to the low turnout of Labour voters.

The fact that most wards saw a straight two-party contest between the Tories and Labour meant that dissatisfied Labour voters had no realistic protest vote and thus stayed at home – something which masked the long-term erosion of Conservative voters in the city. Unsurprisingly, the unpopularity of the Heath government spurred increased Labour turnout, with Labour’s 1971 vote, in real terms, over twice as high as its 1969 result. However, unlike in previous years, where Tory support was cyclical, the party never really recovered. The reason? The Liberals.

The Rise of the Liberals

The Liberal surge in the city was nothing short of astonishing; in 1969, they held just three seats, in one ward, and by 1973 they held 48 – two short of a majority. The success of the Liberals can be traced to the party’s autumn conference held after a disappointing general election in 1970, during the Young Liberals put forward a motion which suggested the party should focus its campaigning on the community level – pavement politics, if you like.

In Liverpool, Cyril Carr, the Liberal leader, and Trevor Jones took to this new strategy with gusto – and the Liberals stood out in contrast to the closed, insular party machines of Labour and the Conservatives. Closer to the Tories than Labour, due to their opposition to socialism and their emphasis on sound finances and low business rates, they were more effective at squeezing the Conservative vote than Labour’s.

As a result, in 1973 – when due to the Local Government Act of the previous year the whole council was up for election – the Conservatives hung on to just nine seats. For the next decade the city council would swing between minority Labour administrations, or minority Liberal administrations propped up by Tory support. The Liberal squeeze was so effective that by 1978 around 50 per cent of the Conservative vote could be found in just six of the 33 wards: beyond these wards, the party was in rapid decline.

Maggie didn’t do it

The Conservatives in Liverpool were no longer the dominant party in the city by the early 1970s – well before Margaret Thatcher came to power. Local Tories lost their grip on the city as religious socialisation lost its influence, as a Tory government became deeply unpopular, and as an anti-socialist Liberal Party discovered pavement politics. It was the perfect storm – but it was not of Maggie’s making.