From March until 7 May, the Mile End Institute will invite experts from QMUL and beyond to contribute ideas, analysis and commentary on the 2015 UK General Election. In this article, Professor Seán McConville examines Ukip's crime and policing policies. 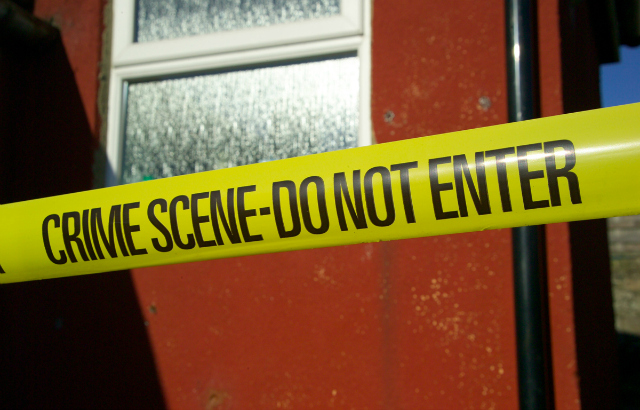 For the first time in many years, criminal justice is not a key election issue. One consequence of this is that the parties' manifestos lack coherence in dealing with the topic. They seem to take a “lucky dip” approach – almost random ideas – rather than sets of thought through and well-integrated policies. The Ukip manifesto is another example of this.

The Ukip manifesto asserts that police manpower reductions have “gone too far”. But our most reliable source Crime Survey tells us crime has fallen, and that trend shows every sign of continuing. So what does “too far” mean? It’s also unclear that police officers are at present being subjected to “undue stress” because they are overstretched. This is reflexive thinking and populist sloganising rather than a serious – never mind radical – attempt to match resources to policing needs.

Other Ukip proposals are a mixed bag. Almost since their inception there has been dissatisfaction with the Police and Crime Commissioners, elected on a turnout of less than 20 per cent, which is staggeringly low, even by our usual level of local government voting lethargy. The Ukip proposal for a review of the running of these bodies is likely to be welcomed.

More challenging is the proposal to reduce the number of police forces from the present 43. There would probably be efficiency gains, though this is speculative. It is hard to accept the Ukip assertion that this would not be a “top down” process, and its assurance that the process would be “police led” may raise more than a few sceptical eyebrows among a public whose confidence in the police service has waned.

Amid several proposals on the scope and greater firmness in criminal law and sentencing there is one call for decriminalisation – non-payment of the TV licence would become a civil matter rather than a criminal offence. This has been mooted more widely over the last few years and there is some support for it, not least in the courts where a reduction in the workload would be welcomed. The proposal may in some form also reflect Ukip antipathy to the BBC, which apparently wishes the law to be kept as it is.

Existing laws are absolutely clear about offences such as female genital mutilation, “honour killings” and forced marriages. Ukip is proposing enforcement of the law, and prosecution “where necessary”. But it’s difficult to think of a situation when it would not be proper and necessary to prosecute these offences. The manifesto could be talking about the cultural timidity of police, social workers and the crown prosecution. If this is what it means, it should say so.

On what might be called social vices – drugs and gambling – the manifesto emphasises the adverse social consequences of both, and promises a shift in focus from user to seller by limiting the stakes on now notorious fixed-odds betting machines, and targeting drug sellers rather than users. Both proposals are hard to dissent from, and seem relatively easy to initiate. But carrying them through may be more difficult.

The manifesto rightly draws attention to previous governments’ poor record in deporting foreign criminals. This is a failure in interagency working, political will and priority-setting, and needs urgent attention.

The manner in which human rights’ law has been used and interpreted has, as the manifesto observes, also caused concern: conferring voting rights on prisoners has, for example, been seen by many politicians as meddling and produced heated Commons' debates. Leaving the European Court of Human Rights and repealing the Human Rights Act are radical proposals. This would undoubtedly change the legal landscape and are specific expressions of Ukip’s core proposal, indeed its priority aim: quitting the EU.

Seán McConville is Professor of Law and Public Policy at Queen Mary University of London. He has published widely on law, politics, imprisonment and penal affairs and has taught, researched and advised legislatures, governments and advisory bodies on both sides of the Atlantic. During a ten-year residence in the USA he took part in high-profile prison litigation in several states. His book, Irish Political Prisoners 1920-1962: Pilgrimage of Desolation (Routledge, 2013), continues his study of politically-motivated offenders. The final volume of his ‘Irish trilogy’ will bring his account of Irish political prisoners and their part in Irish politics and Anglo-Irish relations up to the Good Friday Agreement