From March until 7 May, the Mile End Institute will invite experts from QMUL and beyond to contribute ideas, analysis and commentary on the 2015 UK General Election. In this article, Professor Seán McConville considers the Conservative Party's policies on crime and policing. 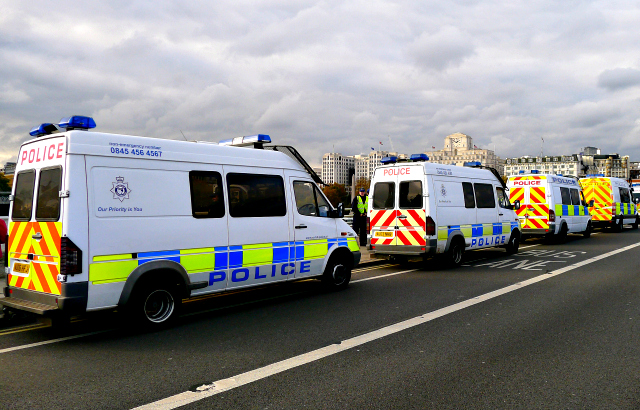 “Where’s the money coming from?” is the base-beat of this campaign, and the criminal justice section of the Conservative manifesto is accordingly generous with rhetoric, stingy with commitments. It is striking that unlike some earlier elections – notably that which returned New Labour in 1997 – crime and justice have not been given spotlight places.

There has been a substantial fall in estimated crime according to the widely respected Crime Survey, and other issues have largely elbowed crime aside. It is understandable that the incumbents would point to the crime reduction and claim credit. Criminologists would observe that crime has fallen across the advanced economies, and most would acknowledge that they can offer only partial explanations for the drop.

When it comes to prison expenditure, all the parties have to tread carefully: it costs just short of £40,000 annually for an ordinary prison place for males, and much more for high security and for women. Even the western world’s prison cheerleader – the United States (around two million incarcerated in prisons and jails) – has stabilised its numbers and is moving away from trying to build a way out of crime by prison construction.

Out with the old

The Conservatives are right to say that money can be saved by closing old and inefficient prisons. This is a truth that has been recognised for well over 100 years, since the local gaols were nationalised and scores of expensive, unsanitary and sometimes inhumane institutions shut down. To continue the programme of modernisation is sensible. There will almost certainly be long-term savings from cost efficiencies, arising from lower per capita costs in larger institutions. But there will also be some short and possibly medium-term costs as some old and irremediable prisons are closed, and medium sized institutions upgraded. A much more certain way to effect savings would be to reduce the rate of imprisonment – but it is politically taboo even to whisper this.

Other prison-related claims in the manifesto are vague, or refer to measures already being taken. These include drug-tests in prisons (now universal), better technology to block mobile phone signals and better body-scanning.

The Conservatives' “strategy” to tackle corruption in prisons is meaningless: corruption has been the accompaniment of imprisonment since the door was slammed on the first prisoner. It is pernicious and, like police corruption, ineradicable. It must therefore continue to be anticipated, and dealt with.

The home secretary’s hand can be seen in the more impressive proposals on policing, which go some way to offset the manifesto’s uncritical references to “brilliant policemen and women”. Public confidence in the police has fallen, yet politicians have been reluctant to take steps to implement real reform: Theresa May has been a notable exception. The closer regulation of stop and search has been one of May’s priorities, and the need for legislation if change is not forthcoming is one of her signature arguments.

Seán McConville is Professor of Law and Public Policy at Queen Mary University of London. He has published widely on law, politics, imprisonment and penal affairs and has taught, researched and advised legislatures, governments and advisory bodies on both sides of the Atlantic. During a ten-year residence in the USA he took part in high-profile prison litigation in several states. His book, Irish Political Prisoners 1920-1962: Pilgrimage of Desolation (Routledge, 2013), continues his study of politically-motivated offenders. The final volume of his ‘Irish trilogy’ will bring his account of Irish political prisoners and their part in Irish politics and Anglo-Irish relations up to the Good Friday Agreement