In a blog piece for the New Statesman, Michael Kenny discusses the debate surrounding English Votes for English Laws (Evel) and the implications of the delay on a foxhunting vote earlier this week. 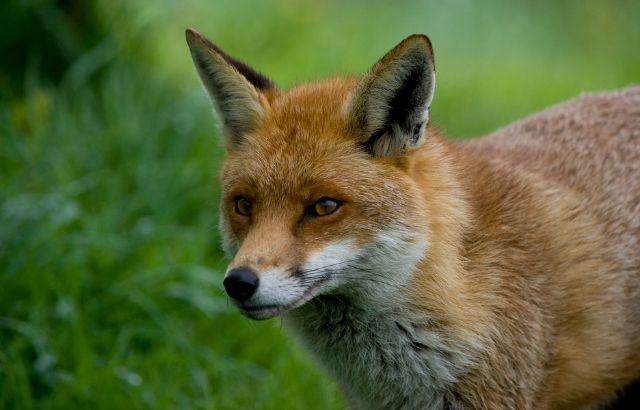 In a blog piece for the New Statesman, Michael Kenny discusses the debate surrounding English Votes for English Laws (Evel) and the implications of the delay on a foxhunting vote earlier this week.

The growing debate over English Votes for English Laws (Evel as it has come to be known) has so far focused on the difficulties facing the government as it seeks to design and implement a complicated, and potentially incendiary, set of changes to the procedures of the Commons. Faced by a united front from the opposition parties at Westminster, as well as disquiet from within its own ranks, Chris Grayling has been forced to delay the vote to change Standing Orders until after the summer recess.

The decision, yesterday, to delay another vote – this time on relaxing the law on foxhunting in England and Wales will be seen by many as a further indication of the weakness of the government’s legislative position.

But this impression is in some ways misleading. There are good reasons to believe that this turn of events could strengthen the government’s hand on Evel, and lead its political opponents into difficult, unpredictable waters. The SNP’s announcement that it intended to vote on the hunting legislation that very clearly affects only England and Wales represents a major U-turn. The party has for a long time adopted the practice of not voting in the Commons on legislation that does not affect Scotland. Scottish opinion has tended to support this stance, with around half consistently supporting the principle in opinion polls over recent years.

The party’s main criticism of the government’s Evel proposals has been to insist that many matters that appear to relate only to England in fact have pretty important consequences for Scotland, especially when it comes to legislation that has consequences for funding through the Barnett formula. But no such argument can be made when it comes to the hunting legislation that the government wants to advance – which affects England and Wales only.

In 2000, when hunting was debated in the Commons, SNP leader Alex Salmond indicated that he would be advising MPs for Scottish constituencies to miss the vote: ‘I don't think it is fair, if the Scottish Parliament is going to make a decision on hunting, for them to start interfering and poking their noses into what is an English domestic affair’. The suggestion that the SNP now wants to punish the Conservative government over the Scotland Bill risks painting it as a party that puts tactical expediency above principle – exactly the criticism it has offered of Westminster politics.

For Labour, meanwhile, what may look like a relatively harmless episode reflects a telling insensitivity to the question of how English voters might feel about this issue. While most people do not support the government’s relaxation of the rules relating to hunting foxes, there is another, territorial dimension to this controversy which Labour has missed.

Its approach to the foxhunting vote reflects a tactical desire to embarrass the government, and a profound indifference to the democratic, as well as national, questions associated with English devolution. By publicly urging the SNP to vote on this legislation, Labour’s PLP returned to the pretence that there is no English question to be considered in British politics, and chose to ignore the well documented sense of unease about the terms of union which many English people feel.

None of this is to suggest that Evel is the right or only answer to the English Question. The Conservatives may well come to regret that its reforms are now so closely entwined with an issue – foxhunting – where a clearly majority of opinion in England and Wales is against it. And yet, in the longer term, this rather curious episode may well stiffen the Tories’ resolve to implement Evel, and will certainly weaken the position of a number of potential rebels, worried about the possibility that these changes will heighten territorial tensions within the union. Now that the SNP and Labour have shown themselves so indifferent to the principle that legislation affecting England alone (or in this case England and Wales) should only pass with the consent of political representatives from these territories, a moderate version of Evel appears less likely.

The real winners from this controversy are those – mostly on the right of the Conservative party – who want to see a much more robust form of Evel, perhaps enshrined in primary legislation. Ironically, had the government’s model been applied to the hunting issue, the legislation would probably not have passed, as it would have required a UK-wide majority, as well as the consent of English MPs. In the wake of this week’s controversy, radical voices will now be more empowered to demand that a much more robust, and potentially divisive, form of Evel be contemplated. Demands to restrict the voting rights of non-English MPs, or to force a clearer separation of English business – and, even more controversially, English taxes – are likely to be much more prominent in debates on this issue.

But, aside from the rights and wrongs of Evel, in political terms the Labour party has once more gifted the Conservatives the opportunity to present themselves as the party that speaks up for the interests of England, while its opponents refuse to acknowledge its democratic rights. And for that, Labour will continue to play a high political price.

Michael Kenny is Professor of Politics at Queen Mary University of London and Director of the Mile End Institute Michael Kenny. He is a Visiting Fellow of the Centre on Constitutional Change, and is leading a research project on English Votes for English Laws.