Invisible in 2010, women must take centre stage this election

From March until 7 May, the Mile End Institute will invite experts from QMUL and beyond to contribute ideas, analysis and commentary on the 2015 UK General Election. In this post, Dr Rainbow Murray looks at the role of women in the forthcoming campaign, and asks if we've made any progress since 2010. 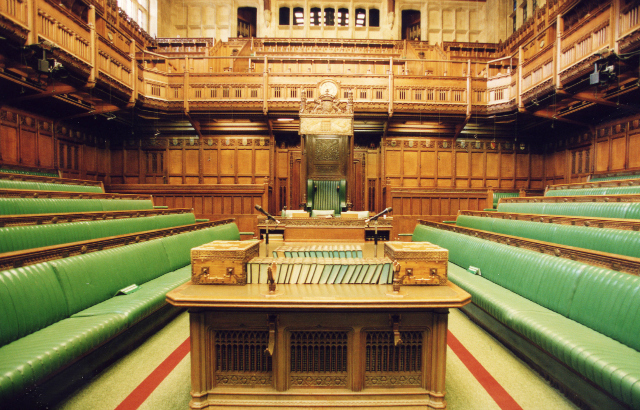 Women represent the majority of all voters. There are many senior women in politics. The deputy leader of the Labour Party is a woman (Harriet Harman); the first minister of Scotland is a woman (Nicola Sturgeon); the leaders of the Greens (Natalie Bennett) and Plaid Cymru (Leanne Wood) are women; and the next leader of the Conservative Party may very well be a woman if Theresa May gets her way.

So why do women become so invisible as soon as a general election begins? OK, maybe “invisible” is an exaggeration. There was plenty of coverage at the last election of the leaders’ wives. We saw more discussion of Sam Cam’s wardrobe than we did of the many women in the outgoing Labour frontbench. There was also some discussion of current politicians’ appearance and outfits.

Election hopefuls frequently referred to “mumsnet”, but in a way that felt staged rather than sincere. And the grand finale of the election was initiated by a “bigoted woman” who inadvertently destroyed any remaining hopes that Gordon Brown held of remaining prime minister.

So women are mothers, wives, decorative ornaments and career killers. But, as Rosie Campbell and Sarah Childs note, in the 2010 election women struggled to get taken seriously as politicians and voters. The proportion of women in parliament barely increased; women were excluded from the coalition negotiations between the Conservatives and the Liberal Democrats; and women remained a fairly small minority within the cabinet (with the Lib Dems never having a female cabinet member). The policies that emerged from the government that was elected have had a disproportionately negative impact on women.

There are several reasons to explain why women remained so invisible in 2010. The first is the growing focus on party leaders at the expense of all other party figures. The trend was consolidated in 2010 by the leadership debates, which became the focal point of the campaign and featured three male party leaders (Cameron, Clegg and Brown). The exaggerated emphasis on the leaders explains why their wives got more attention than their leading female colleagues.

The second is the general tendency of the media to marginalise and trivialise female politicians. Journalists worldwide are guilty of focusing on style (appearance) over substance (policies), of giving women less coverage than their male counterparts, and of bestowing less gravitas upon women than men. In the UK, the media reduced women to decorative ornaments belonging to the various leaders, from Blair’s Babes and Gordon’s Gals to Cameron’s Cuties and Nick’s Nymphets.

A study of media coverage of the 2010 UK election by Karen Ross and colleagues found that women received significantly less coverage overall than men, and the coverage that they did receive was concentrated in fewer stories, with more emphasis on trivial details or on women in a supporting role to men. When women did receive serious coverage, it tended to be within a narrow focus on women’s issues, reducing the perceived relevance of female politicians to the wider political debate, from which they were largely excluded.

Another study found that media coverage of women politicians was also disproportionately negative, as well as focused primarily on women’s sexuality.

The world of politics remains a male-dominated environment that is unwelcoming to women. There are relatively few women in senior roles, and women comprise just over a fifth of MPs. This results in a masculine culture and a public impression of politics as a man’s world.

Will all of this change in 2015? Sadly, probably not all that much. But there will undoubtedly be some progress; the Electoral Reform Society predict that the proportion of women elected will rise to 29.5 per cent – still low, but a seven percentage point increase on current levels. The BBC will host a seven-party leadership debate, in which three of the leaders will be women. If Cameron loses, there must surely be some coverage of May as his likely successor. Labour’s pink bus, while controversial, is at least putting women on the map; one thing that bus certainly is not is invisible.

It’s time for the country’s silent majority to make its voice heard.