Haves and have-nots are Labour’s path back to power

George Osborne has proved himself to be an astute political tactician, but whether his budget adds up to a compelling long-term economic and political strategy is a different question – writes Dr Patrick Diamond. He says that Labour needs to develop a “more sophisticated critique of Osborne’s ‘long-term economic plan’ alongside the fiscal decisions he announced last week, cultivating a progressive majority for a new social democratic economic and social policy”. 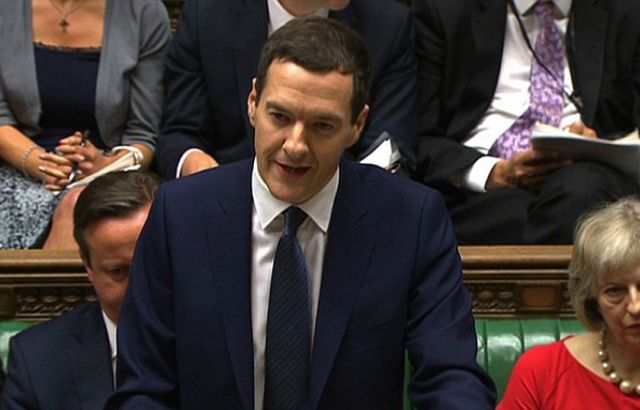 George Osborne has proved himself to be an astute political tactician, but whether his budget adds up to a compelling long-term economic and political strategy is a different question.

It is easy in politics to decry one’s opponents, but Labour ought to learn the lessons of Osborne’s approach as he steadily redefines the political landscape and seeks to forge a new centre, paving the way for a sustained period of Conservative governing dominance. Many political commentators have marvelled at the way in which Osborne ‘stole Labour’s political clothes’ by announcing a ‘national living wage’ and reducing the tax burden on the aspirational wage-earning classes. It was certainly an audacious pitch for the votes of blue-collar workers while the political trap for Labour is obvious: Osborne is certainly desperate for the British left to wallow in righteous moral indignation at his attack on the poorest working households, and the most vulnerable sections of society. This helps to define Labour as the party of those on welfare benefits, the workless and the ‘workshy’ from which it will be impossible ever again to construct a broad-based centre-left electoral majority.

This is not to suggest that Labour ought to give up its historic role in fighting on behalf of the underdog and the dispossessed. But Labour will be best placed to represent the interests of those most in need by being in government: that means developing a more sophisticated critique of Osborne’s ‘long-term economic plan’ alongside the fiscal decisions he announced last week, cultivating a progressive majority for a new social democratic economic and social policy. To do this, Labour must highlight not only Osborne’s unfairness, but also his basic lack of economic competence. Three areas seem particularly fruitful territory. First, not only does this week’s budget make the poorest households in Britain worst off: as Tim Harford points out in the Financial Times, the reduction in tax credits raises the effective rate of tax those households pay. This is likely to push more people, particular working parents, out of the labour market – which is bad for child poverty and will reduce the employment rate weakening long-term UK economic growth.

The second area is growth strategy itself. Osborne appears determined to simply resurrect the failed growth model that led to the financial crisis in 2007-8. With Vince Cable gone from the government, any effort at industrial activism investing in the growth sectors of the future has been abandoned, and the structural imbalances bedevilling the UK economy are as acute as ever. Our economy is too dependent on financial services, too geared towards London and the south-Eest, too reliant on current consumption rather than future investment, and too neglectful of the importance of maintaining a diverse sectoral base from advanced manufacturing to the creative industries. The budget had almost nothing to say about growth from a government which eschews state intervention and concerted strategic support for business of any kind. This will have deleterious consequences for Britain’s long-term economic future.

The final thrust of Labour’s critique ought to be intergenerational inequality. The politics here is not straightforward: Osborne has protected pensioner benefits for a reason. Older people are more likely to vote: at the 2015 election, the over-65s swung heavily to the Tories. But the 2015 budget amounted to a further staggering intergenerational redistribution at the expense of the young, who are being made to pay the price of the financial crisis. Some of those budget decisions directly contradict the government’s own policies: replacing maintenance grants with income contingent loans is hardly likely to boost working-class applications to university. Yet in 2010, David Cameron set a target to increase the proportion of students from low-income households going into higher education. On a broader level, cutting back investments in young people from Sure Start to post-16 training will further weaken our economic potential as a country. Socially, the effects are to engender greater cultural pessimism, a feeling that the next generation is bound to be worst off than its parents.

On working age benefits, on growth, and on intergenerational inequity, Osborne has taken a series of decisions that will not only harm the most vulnerable in society: they will damage our economic and social potential as a country. Labour has to make the case vigorously, ensuring that the plight of the worst-off in British society once again resonates with those living in relative material comfort. It is an electoral alliance between the so-called haves and have-nots that will provide Labour’s path back to power.

Dr Patrick Diamond is Lecturer at Queen Mary University of London and Deputy Director at the Mile End Institute.

This article was first published on Progress, on 13 July 2015.