Five things Labour will do in this campaign, and five things it definitely won’t

From March until 7 May, the Mile End Institute will invite experts from QMUL and beyond to contribute ideas, analysis and commentary on the 2015 UK General Election. In this post, Professor Tim Bale sketches out the scope of the Labour campaign. 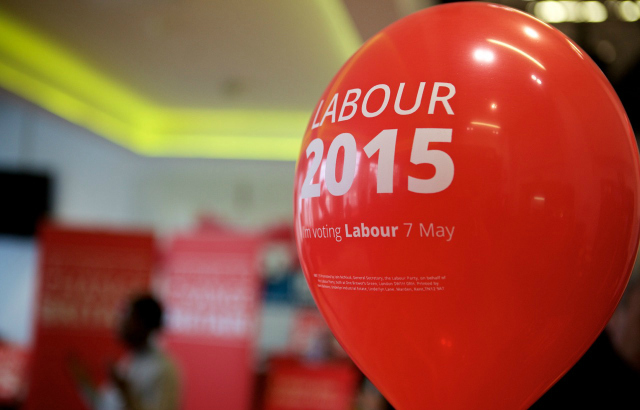 Certainties are in short supply as the campaign for the 2015 election gets underway. Nevertheless, we can make a few educated guesses about what parties will and won’t do over the next six weeks. Here are some predictions for the Labour campaign.

1. Throw everything at the marginals

Labour will maintain and, where possible, improve on its voter contact operation in winnable seats. It has already decided that it gives better ground game than the Tories and can counter their money with membership. Resources have been shifted out of London and into other parts of the country that might seem less sexy but are probably more electorally fruitful.

Parties aren’t always rational actors, so Labour will almost certainly mount what looks like a doomed rear-guard action to save seats in Scotland. Douglas Alexander, who has a big role in the party’s national campaign but who is facing the prospect of losing in his constituency, may have to decide early on whether he’s going to do a Chris Patten and sacrifice his seat for the greater good of the party.

The word “extreme” will be used a lot in reference to the Conservatives during this election. We’ll hear about George Osborne’s plan for cuts, and the apparent threat posed to the NHS by another five years of Tory government.

At the constituency level, transport – for which read the daily misery suffered by commuters – may also feature. Labour will focus on some positives: its own plans for the NHS, for childcare, apprenticeships, zero-hours contracts and the like. It’s one thing to under-promise and over-deliver, but some kind of goody-bag is surely in order – this is an election, after all.

Labour will repeat the charge that the recovery has benefited the few rather than the many and that living standards have declined for the average family. It has no choice but to try to re-frame the economy in this way and, although evidence link (admittedly from the US) shows that this rarely works for challengers, these are exceptional times. After all, governments don’t normally contrive to preside over such a lengthy stagnation in real wages.

Labour will make every effort to persuade the largely Tory-supporting media that, whatever the common wisdom, the formation of the next government should be determined not by whoever is the largest party but by whoever stands the best chance of avoiding defeat on a putative Queen’s Speech.

Given that Ukip is unlikely to win more than a handful of seats, and if it really is true that the DUP and the Liberal Democrats could go either way, then Miliband stands a serious chance of becoming Prime Minister even if Labour wins fewer seats (let alone votes) than the Tories. If those two parties can’t take Labour over the line – about 323 seats – then, whether it likes it or not, it will do a deal on confidence and supply with the SNP.

What Labour won't do

But there are also five things Labour wouldn’t be caught dead doing on the campaign trail. It won’t:

Most people can’t actually get their head around figures once the millions slide into the billions. This is convenient for Ed Balls, who will want to escape the need to find replacement sources of revenue to fund Labour’s tuition fee and childcare promises now that George Osborne has pinched his plans on high-value pensions and bank taxes.

There is scope to attack Cameron personally in this election, particularly on his lack of grip on detail, his constant attempts to appease his backbenchers, his lack of success in foreign affairs and the fact that he supposedly doesn’t know how the other half lives. But Labour seems to have concluded that it should camp on the (relatively) high ground. That’s not because the party is above these attacks. The trouble with taking the war to Cameron is that it brings the conversation back to leadership, and Labour won’t want that.

More than a few people would like to push frontbenchers to the fore while Ed plays deep. It won’t happen. This isn’t his style and would mount to an admission that he can’t compete with Cameron on leadership. Whether, in the event that Labour’s prospects go south, the party can prevent potential leadership contenders trying to grab some early limelight is another question.

Labour desperately needs Ukip at or near 10% to steal a few marginals from the Tories and to help the Lib Dems defend seats against Conservative challengers – but don’t expect its people to shout about it. By the same token, Labour knows (but won’t say) that, while it will take no prisoners when fighting the Lib Dems in the north, it badly needs them to hang on in the south against Tory opposition.

While Labour will probably achieve some sort of swing, it has very little chance of winning more than around 280 seats. This is obviously nowhere near what it needs for an overall majority, let alone a comfortable one. But admitting it would depress the activists it needs to boost its ground game.