EVEL: a viable answer to the English Question?

Last week the government published its detailed proposals for introducing English Votes for English Laws (EVEL) into the House of Commons. This is a significant moment in our constitutional history primarily because these changes reflect the acceptance of the need to institutionalise a collective English interest in the legislature, and the conviction that there is a growing and legitimate sense of grievance concerning England’s position within the UK. 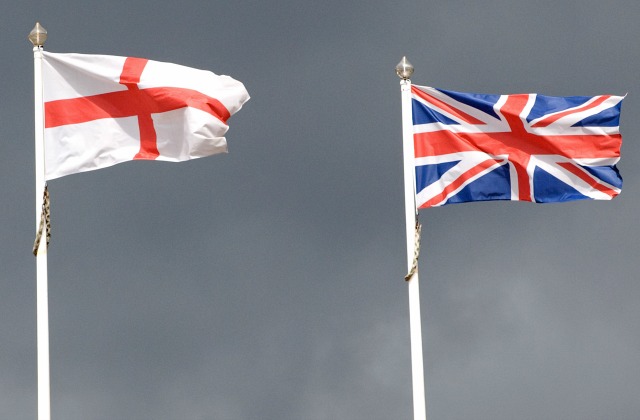 The primary rationale offered for introducing EVEL is to bring Westminster up to date with the implications of devolution elsewhere within the UK.

In a context where further devolution is anticipated for Scotland, Wales and Northern Ireland, it is becoming harder to ignore demands that English interests be given greater consideration in parliament.

The independent McKay Commission, which was appointed by the Coalition government and reported in March 2013, suggested that there was now a clear imperative for England’s voices to be heard within the post-devolution constitutional settlement.

There is significant support for the principle of EVEL: the 2014 Future of England Survey found that 62% of people in England agreed that Scottish MPs should be prevented from voting on England-only legislation.

The criticisms that the government’s proposals have so far elicited, reprise a number of standard objections to EVEL. But, while these are far from irrefutable, there is good reason to think that EVEL is unlikely to represent a sufficient answer to the English question.

There is a spectrum of alternatives for implementing EVEL, ranging from stronger to weaker versions.

Previous inquiries commissioned by the Conservative leadership (whether in opposition or in government) have drawn different conclusions.

The independent McKay Commission, established by the coalition government (reporting in 2013), put forward a much weaker menu of options, all of which would have allowed English MPs to be overruled by a UK-wide majority.

The government’s new proposals are pitched between the moderate and radical poles.

In contrast to McKay, they provide an effective veto for MPs representing English (or English and Welsh) constituencies.

But in other respects they are more modest.

For the new proposed procedure to be set in motion, legislation must relate exclusively to England (or England and Wales) and comparable areas of policy must be devolved elsewhere.

This is somewhat narrower than the McKay Commission’s ‘separate and distinct’ test, and consequently might be expected to apply to fewer bills and clauses.

Under the proposals, the Speaker will be required to certify whether a bill – or individual clauses within it – applies only to England (or England and Wales).

On such legislation there would be three main changes to the legislative process.

First, the Public Bill Committee on bills that are England-only in their entirety would be appointed only from MPs representing English constituencies, and would reflect the party balance in England.

Second, for bills containing any provisions relating only to England (or England and Wales) there would be a new Legislative Grand Committee held prior to Third Reading.

This would allow all MPs representing English (or English and Welsh) constituencies to vote on whether to give ‘consent’ to any parts that were certified by the Speaker.

Importantly, the key legislative stages will continue to be open to all UK MPs. Similar changes would apply to delegated legislation and to Finance Bills.

In the run-up to the  general election the Conservative party’s English manifesto pledged that a Conservative government would consult the Commons Procedure Committee on its proposals before seeking approval from the whole House, and that it would pilot the new rules on ‘one of more’ bills.

What seems to have now been announced appears to be a rather different, two-fold process.

First, the government has asked the Procedure Committee to undertake a ‘technical’ review, which the committee intends to complete before summer recess.

Second, there will be a full review after around a year, which the Procedure Committee may also feed into.

It appears that the ‘pilot’ is, in effect, the first year of EVEL’s implementation.

The decision to hold a major review leaves the door open for advocates of more radical thinking, and reflects the political imperative to keep alive the hopes of those Conservative backbenchers who wish to see a more wholehearted, and perhaps simplified, model of EVEL.

The government also appears to have decided that it will not be able to proceed with this reform on any kind of cross-party basis, and so is keen to test out the conviction that the procedural reforms associated with EVEL will be employed on sufficiently few occasions that they may slip from political consciousness, while also looking sufficiently substantive to satisfy the aspirations of its backbenchers.

The current proposals are bound to meet a largely partisan reception, and will be depicted by some as a politically motivated attempt to create difficulties for a future Labour administration (though it should be noted that Labour’s catastrophic performance in Scotland in the general election alters the territorial political dynamic that underpinned debates about EVEL quite considerably), and by others as an attempt to diminish the role of Scottish MPs.

The SNP has been forthright in arguing that the rights of Scottish representatives are being downgraded, and established parliamentary traditions jeopardised.

Whether such arguments will work for audiences unused to hearing the SNP defending the workings of parliamentary government at Westminster, remains to be seen.

The party has, in particular, made much of the dangers of the politicisation of the Commons Speaker.

Yet this piece of traditionalism is not echoed in the views of other parties, including those opposed to EVEL, given the lack of an obvious alternative candidate for this role.

The Speaker is already charged with making all sorts of potentially contentious decisions – for instance on the selection of amendments, and on whether legislation is a ‘money bill’ (a decision that severely curtails its consideration in the Lords).

But while the SNP’s shift towards constitutional conservatism may be an awkward act to pull off, there is no doubt that the Conservatives will be wary of these reforms being painted as attempts to promote English interests at the expense of Scottish ones.

Where the SNP may have more traction, in alliance with other opposition parties, is on the issues of process and scrutiny.

The government can credibly argue that a lengthy review process has presaged this proposal – both in the form of the McKay Commission and Hague’s cabinet committee.

But MPs will vote on the proposals on 15 July, less than two weeks after they were published, and this timetable leaves the government open to the charge that it is seeking to move with undue haste, and without allowing sufficient time for proper scrutiny.

To answer this charge, it needs to show that it is genuinely responsive to concerns raised by the Procedure Committee and other parliamentarians.

It will also have to decide whether the review it will hold in a year is intended to cover only questions of process and application, or affords the opportunity for bigger questions of principle and purpose to be raised.

The most substantive point of controversy will concern the criteria for identifying English-only legislation. Judging the territorial effect of legislation is far from straightforward.

As the McKay Commission observed, there are various forms of cross-border ‘spillover’ whereby decisions in one part of the UK have effects upon others, for instance on the question of where citizens in border areas choose to go for health care.

But the most contentious form of spillover concerns spending.

Under the Barnett formula, the block grant to Scotland, Wales and Northern Ireland is adjusted with reference to spending in England.

It is therefore argued by some – for example Nicola Sturgeon – that voting on England-only spending provisions necessarily has substantive consequences for other parts of the UK.

But various experts – for instance former civil servant Jim Gallagher – disagree, suggesting that questions about policy can and should be treated differently from questions about funding, with only the latter voted on by MPs from across the UK.

This is a key point of principle and needs to be more clearly and transparently debated.

The other important principle that the House needs to address in relation to these proposals concerns the question of the veto rights of English (and English and Welsh) MPs.

This arises in the context of the introduction of Consent Motions.

Constitutional conservatives will be unhappy with this idea because it creates the possibility that, where a UK government does not have a majority in England, it might be unable to secure its legislation, or might have to tailor it to reflect the preferences of English MPs.

This change is designed to prevent the kind of egregious case of the passage of controversial legislation applying only to England against the wishes of a majority of England’s MPs (as for instance when the second Blair government introduced foundation hospitals and top-up fees).

On this question, reformers will argue, with some force, that what may feel like an enormous shift in the culture of Westminster will look like a pretty sensible move to most of the people who live beyond its walls.

While incremental and modest in some respects, the government’s proposals do therefore raise wider points of constitutional principle.

And MPs need to be provided with the opportunity to reflect upon and debate these, as well as the chance to consider the more detailed, operational ramifications of EVEL.

These changes will be painted as radical, even reckless, by their opponents, but there is little likelihood that they will resonate much beyond Westminster.

And, given the political capital it may well need to spend on this issue, this represents a headache for the governing party.

What may indeed turn out to be most significant about these proposals, in constitutional terms, is that they may create the impetus for a broader reformist agenda around the question of a more clearly delineated ‘English' dimension within the UK’s system of parliamentary government.

In Whitehall too there are important questions bubbling up about the territorial demarcation of those Departments that in effect deal with English, or English and Welsh, affairs.

And in the party system, there is growing talk of a more federal structure for those political parties that operate across Britain.

Difficult and time-consuming as it may turn out to be for the government, there is a chance that EVEL may turn out to the start, not the end, of a much longer process of finding viable answers to the English Question.

Daniel Gover and Professor Michael Kenny, both of Queen Mary University of London, are conducting research on ‘English votes for English laws’, supported by the Centre on Constitutional Change.

This article was first published on the Constitution Unit blog.