From March until 7 May, the Mile End Institute will invite experts from QMUL and beyond to contribute ideas, analysis and commentary on the 2015 UK General Election. In this post, Professor Tim Bale looks at David Cameron's campaign and says that he "looks more like a man dutifully executing someone else’s plan". 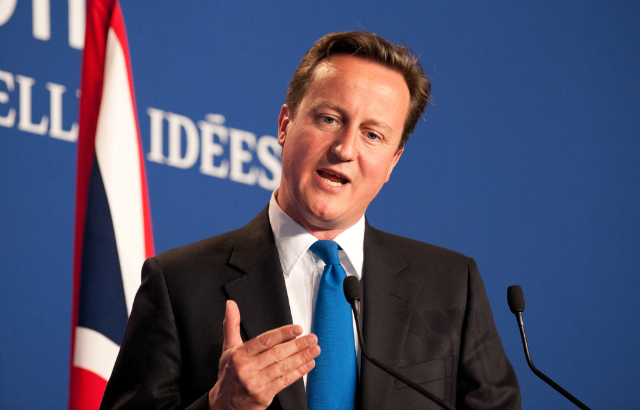 You don’t have to have succumbed to full-blown “Milifandom” to notice that Labour’s leader seems to be having a better election than his Conservative counterpart. He can’t possibly be as ubiquitous in real life as he’s been on Twitter of late. But he’s clearly out there and loving every minute of it. He also looks as if he’s the one in charge of his party’s campaign.

David Cameron, on the other hand, doesn’t look like he’s enjoying himself at all. It’s as if his campaign is in charge of him rather than the other way around. The prime minister (supposedly the most powerful man in the land, remember) looks like he’s doing as he’s told rather than doing the telling – a captive rather than the captain of his, or his party’s, soul.

To understand why, you have to go back to the Conservative campaigns of 2010 and 2005. Among those involved, it is a truth universally acknowledged – even if isn’t actually true – that one big reason they didn’t win a majority five years ago was that their campaign was a bit of a mess. First, there was the Big Society – a confusing concept sprung on an unsuspecting (and, as it turned out, uncomprehending) electorate without being focus-grouped first. Then there was the pretentiously-titled manifesto, An Invitation to Join the Government of Britain, launched, for some reason no-one could ever quite work out, at Battersea Power Station. Meanwhile, back at party HQ, nobody was ever quite sure exactly whom they were reporting to and who had the final word.

What a contrast, the critics pointed out, with 2005, when, whatever the result (just a reminder, it was dire, albeit not as dire as 1997 and 2001), at least everyone knew who was running the show – the so-called Wizard of Oz, Lynton Crosby.

Campaign 2015, then, would be, at risk of sounding like the title of the dullest-ever episode of Friends: “The one with the guy who looks and sounds like a prime minister sticking to the game-plan devised by the Australian who knows what he’s doing.” Cameron, having decided, along with George Osborne, on the basic strategy – banging on about business backing and the “long term economic plan”; counterposing Conservative competence with Labour chaos; talking up the SNP while simultaneously slagging them off as bullies and blackmailers; and badmouthing Miliband as a weird, wet blanket who shafted his own brother, for God’s sake – left the tactics (and the all-important “grid”) to the hired help.

Interviewed this week by journalists on a train taking him to yet another carefully crafted pseudo-event, and clearly conscious of internal critics who’ve begun to wonder out loud (albeit anonymously) whether he might be “too posh to push”, Cameron emphasised how hard he’s been working and how many visits he was paying to constituencies up and down the land. “Look at my schedule!” he protested, “I don’t know what more I can do.” Maybe, he opined, the carping was simply a consequence of the fact that “I always manage to portray a calm smoothness”. Of one thing, however, he was absolutely sure: this was the “most organised, disciplined, clear campaign I have ever been involved in.”

Maybe. But, as anybody who knows anything about football will tell you, sheer work-rate and an effective offside-trap rarely win anyone the big prizes – not unless the team in question can also boast one or two “flair players” in its line-up.

Whatever you think of former prime minister, John Major, he was never exactly a flair player – and two decades out of the game haven’t made him one. As a result, bringing him on as some sort of “super-sub”, as the Tories tried to do at the start of the week, looked desperate for the simple reason that it was desperate. Hoping, as some obviously do, that Boris Johnson – a flair player if ever there was one – might come off the bench and do the business in the dying minutes is no less pathetic.

But let’s not write the prime minister off just yet. Cameron has, in the past, been able to turn it on for the big occasion, and might still be able to do it again. Right now, though, he looks more like a man dutifully executing someone else’s plan – one that doesn’t seem to have survived contact with the enemy – than a commanding officer leading from the front.