Bridging the gap with the people?

Professor Jane Wills of the School of Geography, Queen Mary University of London responds to Jon Cruddas' vision for Labour, which he laid out in a speech to the Mile End Institute on 22 September 2015. 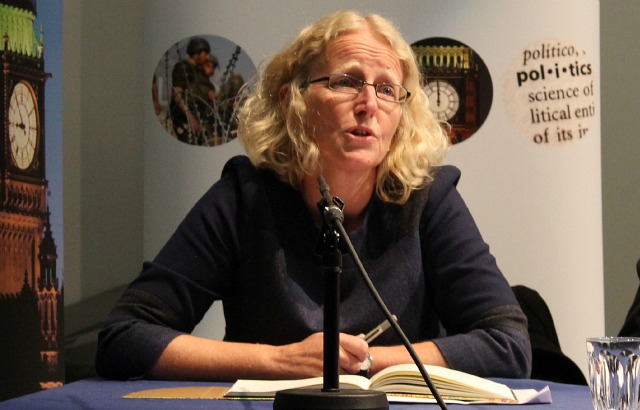 In his powerful speech, Jon Cruddas calls on the Labour Party to reconnect with the people of England.

To this end, he outlines the extent to which the Party is failing to represent popular sentiment over welfare spending, immigration and economic restraint.

Yet rather than calling on the Labour Party to move on to this populist ground, Jon focuses on the need for the Party to reconnect with English culture more broadly defined.

To establish this ground he cites William Cobbett whose book Rural Rides (1830) reflected a love of country, a passion for its people and a recognition of the struggle involved in defending an established way of life.

In his appreciation of the work of Cobbett, Robert Blatchford and William Morris, Jon calls for a more rooted kind of Labour politics.

However, to this end, Jon calls on the Labour Party to start building the local institutions and social enterprises that might allow ordinary people to defend their way of life today.

Indeed, he argues that the Labour Party should “become an organisation that convenes, creates and spreads power amongst those who have none”.

I’m not sure that this is something that the Labour Party will be able to do.

The strand of English culture that Jon describes so well has been about self-determination, about local people setting up independent institutions to get things done.

This is the English culture of friendly societies, trade unions, Clarion cycling clubs and the Women’s Institute (Scruton, 2001).

The same spirit of self-organisation has been evident within our religious life as Methodists set up new structures within the shell of the Anglican Church in order to reflect the aspirations and interests of a once neglected part of the population.

Today, this same spirit is evident in the work of people engaging in neighbourhood planning, those setting up new community groups and local sports leagues for kids.

However, such work is generally resolutely practical and non-partisan.

It is why the English are often described as a practical people and sitting in a university, we should also acknowledge the anti-intellectualism of this part of our national tradition.

People have created local organisations to get things done and they are rarely focused on politics and especially not on party politics. Indeed, local people are likely to fight to keep party politics out of local community life.

Historical experience highlights the way in which this rich tapestry of English organisational life only becomes politicised when people are confronted with things that get in the way of their work.

This is the lesson of the group of men who later became known as the Tolpuddle Martyrs.

During the 1830s, in a small village in Dorset, a group of agricultural workers some of whom were lay Methodist preachers, were facing a real cut in wages. In order to defend their income and carry on feeding their families, they swore an oath to form a local union as part of the Friendly Society of Agricultural Labourers.

When they were confronted with the landlord, the sanction of local magistrates and eventual deportation to Tasmania, local people had to make common cause with those in other places in order to mount a protest to secure their return.

The organisation was rooted in local experience and this predated its politicisation.

This is a strand of English culture that has rightly been described as ‘reactionary radicalism’ and Jon calls it ‘a politics of conservation’, and it is central to the origins of the Labour Party.

When the Labour Representation Committee met for the first time in 1900 the delegates represented as many as 65 trade unions, all of them small by today’s standards, with some just a few hundred strong.

These unions recognised the need to federate over shared interests in order to pursue their specific goals.

That first meeting was split between the trade unionists who wanted to ensure the modest goal of securing Labour’s interests in parliament and the delegates from the three socialist parties some of whom were set on securing ‘the socialisation of the means of production, distribution and exchange’ (Williams, 1949, 18).

The Social Democratic Federation, the Independent Labour Party and the Fabian Society were outnumbered at the time, but some of their delegates had a more ideologically-driven approach to the work they were doing.

They wanted to achieve socialism whereas the trade unions were interested in pursuing rather more concrete concerns (such as better wages, improved conditions, and the right to strike without the threat of Taff Vale).

Thus the Labour Party has always been a broad church of traditions that reflected different parts of the English culture from which it was born.

As late as 1949 Clement Atlee could write in the preface to Francis Williams’ book Fifty Years’ March that the story of the Labour Party was characteristic of the nation by “showing the triumph of reasonableness and practicality over doctrinaire impossibilism”.

Yet over time, the trade unions and the wider society changed dramatically, not least because of the work of the Labour Party itself.

Although Jon didn’t have time to explore this part of the present conundrum for Labour, the trade unions are today only a shadow of what they were in the past.

Over time, trade unions have become much larger and more remote from rank and file workers and they also no longer reflect the English traditions of the past.

More than half of all trade unionists are now found in the public sector, and fewer than 1 in 5 workers in the private sector belong to a union.

Joining a union is about insurance at work, it is much less about local association and self-organisation.

English history tells us that independent self-organisation comes before its expression in politics and it is not clear how Labour can overcome this disconnect with the people.

Jon calls on the party to create the organisational infrastructure from which a new spirit of England can be born but such organisational activity is only likely in the absence of party politics.

The Conservative Party seems to have grasped this much better than Labour, and the Localism Bill (2011) is a modern example of permissive legislation that grants new powers to local people who are able and willing to engage in new forms of local organisation.

Even if the neighbourhood forums that are developing evolve into parish or community councils, they are likely to remain non-partisan in the future.

Using the state to legislate in order to create the space for local people to challenge the state is proving successful but in so doing, people are as likely to come into conflict with the Labour Party (in the town hall and parliament) as they are to find new ways to connect.

Moreover, in terms of connecting to the spirit of English people, it would seem that the United Kingdom Independence Party (UKIP) has proved much more able to echo the sentiments reported by Jon – around concerns over welfare spending, levels of immigration and the need for economic restraint – than the Labour Party will be able to do.

Indeed, the new leader, Jeremy Corbyn, represents a strand of English identity that has always been part of the Labour Party – as the minority ideological group from the socialist parties in the early days – that is now more dominant as a product of the rise of the welfare state, higher education and high levels of immigration.

Along with those associated with the ideas called ‘Blue Labour’, Jon mourns for a lost Labour tradition, but I am not sure that the Labour Party can make it come back nor that most of the Party’s members and its backers would want it to come back.

Jon Cruddas may be talking to history rather more than he is reflecting the future of his party and its connection to England.