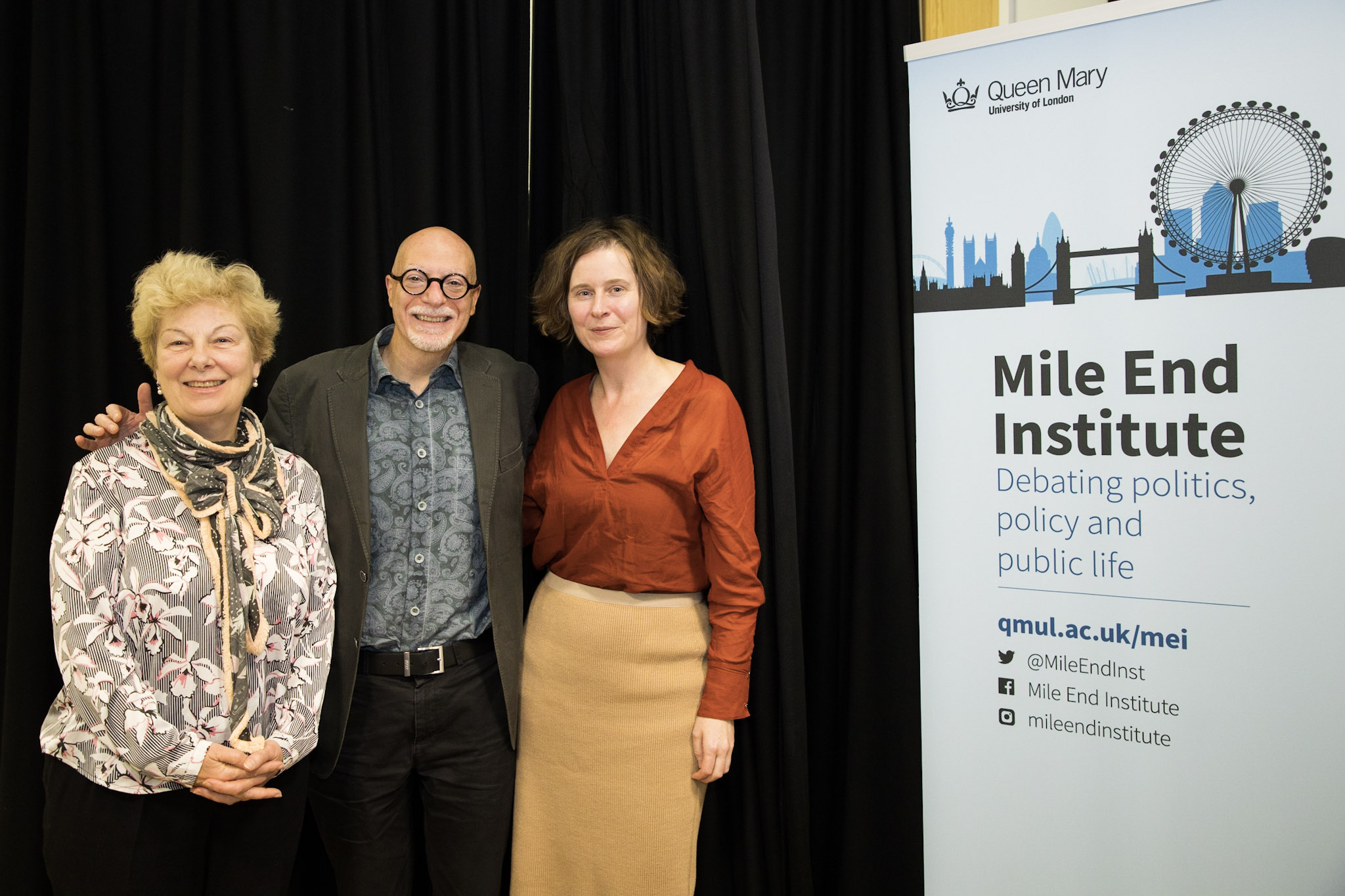 Professor Elspeth Guild from Queen Mary’s School of Law presented an overview of the challenges that management of data presents.

Professor Guild shared an anecdote of when she was in Finland and, after downloading an English language podcast there, she found that all the adverts were in Finnish and Russian. The lesson being that data is continuously collected by organisations, whether people are conscious of this or not.

According to Professor Guild, the rise in data collection has “changed how we think about ourselves and how we participate in the regulation of ourselves.” She made the distinction between personal data, which “is a specific kind of data. This data belongs to the person, it does not belong to who collected it.”

The sharing of data was also highlighted, using specific examples of data collection by the UK Foreign Office, where data is created through online forms. According to Professor Guild, in the case of UK student visa applications, there is a disclaimer which states that the UK government reserves the right to share this data for any purpose deemed fit. She argues that this is where the concept of the data citizen emerges, and questions arise regarding the protection of this data, and data rights.

“Transparency is about governance. It is about the way in which we are governed, an inherent and important part of democracy,” said Professor Guild. “If we voluntarily give up our data, do we forfeit our right to protections?” she added.

Professor Jennifer Gabrys from the University of Cambridge presented an overview of her recent project on data generation, Citizen Sense.

Professor Gabrys argued that through collecting new forms of data, new claims to rights can be made. She also argued that rights to data can also be seen as a right to intervene in policies. The practice of collecting data on air quality was one example.

“We have a right to breathe clean air. However, just because we have a right does not mean that it is enforced. These are rights in the making,” she said.

In Professor Gabrys’ view, forums for bringing data gathering to the foreground can be empowering but as with the air quality example, citizen data can also be ignored. Drawing attention to a recent project, Data for Black Lives, she stated that this was an example of a movement which aimed to foster rights but it also highlighted how rights are not universally enjoyed.