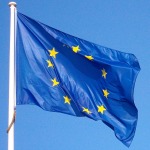 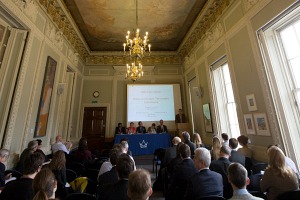 Other speakers included Neil Kinnock, Gisela Stuart, Bernard Donoughue, Tom McNally and representatives from the CBI and Business for Britain.

The event was funded by the ESRC's UK in a Changing Europe initiative and took place at the British Academy.

Watch the speech by David Lidington, Minister for Europe:

Why has Europe been such a difficult subject for Britain?

Read James Ellison's article: Why has Europe been such a difficult subject for Europe?

What are the lessons of the 1974-75 renegotiation?

Read Mathias Haeussler's article: What are the lessons of the 1974-75 renegotiations?

Read Lindsay Aqui's article A Majority Attained by Fraud? The Government Information Unit and the 1975 Referendum

Read Robert Saunders' article: What Can we Learn from the 1975 Campaign?

Watch a video of Lord Kinnock in conversation with Ritula Shah

What is the role of business in Britain’s relationship with the EU?

Read Glen O'Hara's article: What is the role of business in Britain's relations with the EU?