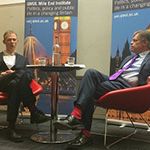 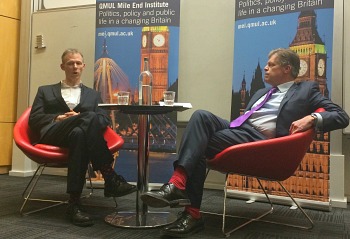 Chief political commentator for the Observer, Andrew Rawnsley interviewed Professor Tim Bale about the book and Labour's strategy for the election, this was followed by questions from the audience and a drinks reception.

“It is still entirely possible that Ed Miliband will be prime minister. One thing that we have to look at between now and election day is the performance of Ukip. If Ukip begins to seriously lose support, in the way that I think the greens will lose support, then that could scupper Miliband’s chances," said Professor Bale.

"Bale's command of policy, personality and their inter-action is exemplary. A superb book." (Matthew dAncona, columnist, The Guardian and Evening Standard)