Robbery on buses, hijacked delivery vehicles, muggings on the street, and demands for protection money. This is every day urban violence; a quiet epidemic which plagues Latin American cities. 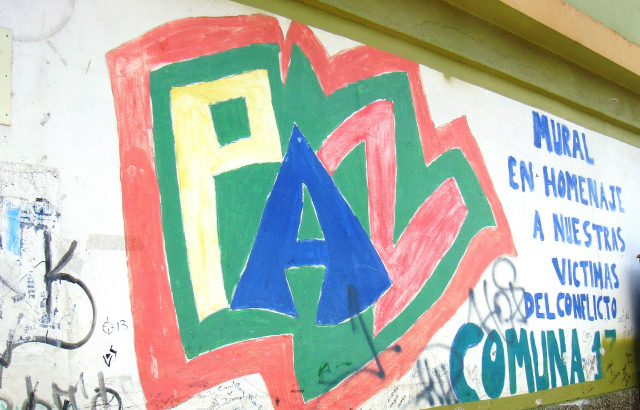 New research, published today in Environment and Urbanization, argues that the continual, daily violence which stalks Latin American cities is now a significant driver for transnational migration. The findings form part of a special issue on conflict and violence in cities, co-edited by QMUL Professor of Geography, Cathy McIlwaine and Professor Caroline Moser from Manchester University.

“Most research on migration and violence focuses on the forced movement of refugees in response to warfare. The manner in which people respond to the less visible but often just as devastating threat of continual urban violence has been almost entirely unexplored,” said Professor McIlwaine.

“Everyday urban violence doesn’t make the news, and yet it is causing thousands of people to uproot their lives and move across borders and continents.”

“In countries like Colombia, which was the focus of my research, we’re now seeing large swathes of people migrating to the UK in direct response to the kind of low-level terror which many of them experienced almost daily in their home cities,” said Professor McIlwaine.

The paper includes personal stories from Colombians who have migrated to London in search of economic and personal security.

Sebastian, from Palmira, worked previously as a taxi driver. Although he was not involved in politics, he had distributed leaflets for the Liberal Party and, as a result, was threatened by paramilitaries.

On one occasion he was chased in his taxi by a paramilitary gang, resulting in an accident and his taxi being written off. With no way of making a living, and fearful of his family’s safety, Sebastian and his wife decided to move abroad.

In the words of Edilma, his wife: “My husband was a taxi driver and he had many problems, which meant he lost his taxi, he was threatened, and our son had problems too. For these reasons we decided to come here, because there were so many security issues in our city.”

According to Professor McIlwaine, Sebastian and Edilma’s story is typical of many who leave Colombia in search of a more peaceful way of life.

“Although displacement was to some extent voluntary, both Sebastian and Edilma felt that they had little choice but to look for opportunities abroad in order to live a better and safer life.”

The paper also looks at the economic effects of these migration patterns on those who arrive in London, and family members who are left behind. Professor McIlwaine draws particular attention to the complex effects of remittances; whereby the London-based migrant sends money back to family members in Colombia.

“In this paper and through previous work with colleagues at QMUL, I’ve contested the uncritical view of remittances, espoused by organisations like the World Bank. Over the last decade it’s been argued that remittances have the capacity to solve major development problems, because money is sent on an individual basis in otherwise poor communities.”

“We don’t dispute the potential power of remittances, but we do pose the question ‘at what cost?’. Remittances come directly from migrants, many of whom are living in poor conditions and usually working in jobs that don’t match their qualifications. There is huge human sacrifice here. Yes the inflow of money – which actually accounts for a substantial portion of GDP in many developing countries – is valuable. However, we should also recognise the economic costs and emotional consequences of the remittance economy,” said Professor McIlwaine.

The source of remittances, usually poorly paid jobs in the cleaning sector, also had a significant effect on the dignity and sense of self-worth amongst the London-based Colombian community.

Edgar from Pereira, who had owned a bookshop and book distribution company in Colombia stated: “Unfortunately, because I didn’t know the language, I had to clean, this was really hard. In my life, I had never done cleaning, but to arrive and to  have to dust, to wipe, to brush-up, it affects your self-esteem, you feel really, really bad, bad because you come with the idea of improving your life … not that the work is dishonourable, it’s fine, it’s a job, but the truth is, it’s very difficult when you have a certain status in life, a good standard of living, and having to clean is very difficult.”

“I’ve been working with the Latin American community in London for more than a decade now. Statistics from 2008, the most recent figures that we have, show that there were 113,500 Latin American migrants living in London.”

“At the time, that was more than the ethnic Chinese community, and more than the Polish community. One of the things that I found fascinating about my early work with Latin Americans in London was their apparent invisibility. They are here in big numbers, and yet they have had a lower profile and a less visible impact on London life than other migrant communities,” said Professor McIlwaine.

The special issue, comprising nine specialist papers on the theme of urban conflict, seeks to critically examine our policy responses to violence in cities.

According to Professor McIlwaine, “Ten years ago, policy conversations were concerned primarily with eradicating violence. In this special issue, we argue for a more pragmatic approach which accepts that violence is a feature of developing cities, and that it is a problem to be managed rather than eradicated.”

“Some of the examples that we talked about in the special issue, for instance an NGO in Haiti called Viva Rio, describe really holistic measures that have worked at community level. The great thing about the Viva Rio example is that they’ve taken it from Rio and used it in Haiti. They don’t apply top down approaches or impose from above – they work at local level, in partnership with community organisations, they get a building and then they work in lots of really innovative ways to stop young men getting involved in gangs and violence.”

“There’s an interesting incentive structure in the Viva Rio case, where they provide education tuition fees for not being involved in violence for a specific period of time. Similarly it works at community level, whereby the community is rewarded in exchange for an extended period of non-violence. These measures might appear shocking to us - we take a high degree of law and order for granted - but these are the kind of interventions that work,” said Professor McIlwaine.