A world-first scientific study, published today in the New England Journal of Medicine, has shown that whole genome sequencing (WGS) can uncover new diagnoses for people across the broadest range of rare diseases investigated to date and could deliver enormous benefits across the NHS. 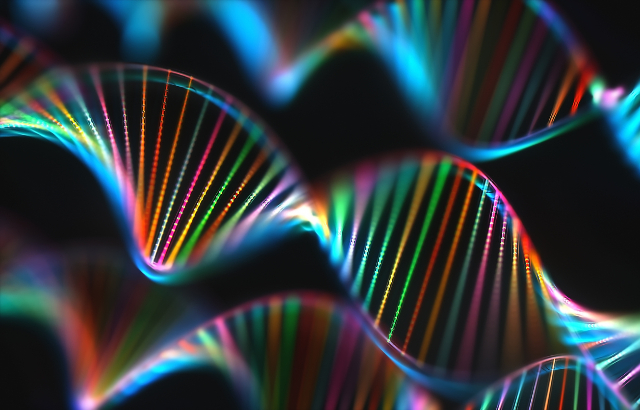 The pilot study of rare undiagnosed diseases involved analysing the genes of 4,660 people from 2,183 families - all of whom were early participants in the 100,000 Genomes Project. The ground-breaking Project, led by Genomics England and NHS England, was established in 2013 to sequence 100,000 whole genomes from NHS patients and their families.

The pilot study, led by Genomics England and Queen Mary University of London and undertaken in partnership with the National Institute for Health Research (NIHR) BioResource, found that:

Many of the participants had gone through years of appointments, without getting any answers. By having their whole genome sequenced diagnoses were uncovered that would not have previously been detectable. The pilot study shows that WGS can effectively secure a diagnosis for patients, save the NHS vital resources and pave the way for other interventions.

Professor Sir Mark Caulfield (lead author) from Queen Mary University of London, and former Chief Scientist at Genomics England, said: “We hope this major advance will enable rare disease patients worldwide to start receiving diagnostic whole genome sequencing where appropriate. Our findings show that deployment of this comprehensive and efficient genomic test at the first signs of symptoms, can improve diagnostic rates. This study has paved the way for clinical implementation of whole genome sequencing as part of the NHS Genomic Medicine Service.”

Professor Damian Smedley (lead author) from Queen Mary University of London, said: “This is the first time that whole genome sequencing has been directly embedded into rare disease diagnostics in a healthcare system like the NHS and applied at scale across the full breadth of rare disease. Our novel software, together with collection of detailed clinical data, was key to us being able to solve the “needle in a haystack” challenge of finding the cause of a rare disease patient’s condition amongst the millions of variants in every genome. A large proportion of the diagnoses we discovered were found outside the coding region and would not have been detected by existing approaches. This study makes the case for healthcare systems worldwide to adopt whole genome sequencing as the genetic test of choice for rare disease patients.”

Dr Richard Scott, Chief Medical Officer at Genomics England, said: “Historically, diagnosis of rare diseases has often been reliant on clinicians doing multiple different targeted tests - an approach that can delay diagnosis and access to more tailored care. Improved knowledge of genomics and the whole genome sequencing and data infrastructure that the government and NHS have invested in now offers us the ability to radically transform the process. This paper provides evidence of that transformation and where it has most impact. We’re proud at Genomics England to be working in partnership with the NHS to bring the benefits of whole genome sequencing to patients.”

Participants who received a diagnosis through the pilot included:

Jillian Hastings Ward, Chair of the Genomics England Participant Panel, said: “The people who signed up for whole genome sequencing in this pilot study were hoping to find new diagnoses for their loved ones, and were willing to share their precious data with Genomics England so that rare diseases could be better understood. The pilot has helped on both of these fronts and we are delighted that whole genome sequencing is now being routinely offered by the NHS to more families across England as a result. This is the beginning of a great leap forward and it needs families, clinicians and researchers to continue to work together for its full potential to be realised.”