Conrad Khan, a student from Queen Mary’s School of Languages, Linguistics and Film is among the five nominees. 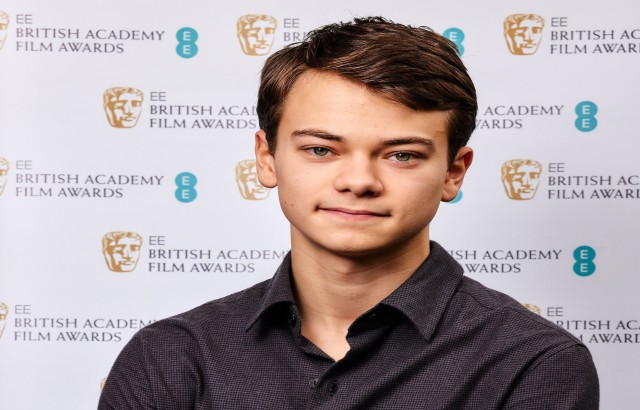 Conrad Khan is best known for his role in the film County Lines which was released in 2019, and filmed whilst he was studying for his A-levels. He began his degree in Film Studies at Queen Mary University of London in 2020.

The EE Rising Star Award honours a performer who has shown truly outstanding talent on the big screen in the past year and captured the attention of both the public and film industry. It is the only award at the EE British Academy Film Awards voted for by the public.

The other nominees include Kingsley Ben-Adir, who plays Malcolm X in One Night in Miami, Morfydd Clark who plays the title role in the film Saint Maud. Rocks actor Bukky Bakray and Ṣọpẹ́ Dìrísù, who starred in The Huntsman Winter's War, are also in the running.

Conrad Khan is 20 years old and from London. He started acting at an early age and plated the lead role in his school play, Charlie and the Chocolate Factory, before branching out into theatre work and eventually television and film.

Conrad went on to star as a young Chris Hemsworth in 2016's fantasy blockbuster The Huntsman: Winter's War and featured in HBO's musical drama pilot Virtuoso. In 2019, he took the lead in The Passenger, and a played a supporting role in the Black Mirror episode Smithereens, opposite Andrew Scott. Last year, he played a part in the BBC drama series Baptiste.

In September 2020 he took up a course in Film Studies in Queen Mary’s School of Languages, Linguistics and Film. Commenting on his nomination, Conrad Khan said: “A huge thank you to BAFTA for this nomination! I am so excited and proud to be in such great company – the EE Rising Star Award is something I never would have even dreamt of at the start of my career. I am really looking forward to being part of this year’s awards. It is an honour.”

"A pleasure to teach"

Athena Mandis, Lecturer in Film Practice at Queen Mary, and Conrad Khan’s Academic Advisor said: “This is fabulous news. I remember Conrad from the open day when he came to Queen Mary with his parents to discuss Film Studies. He had just finished filming County Lines and he felt that if he didn’t get to go to university this year then he may never do it.

“Speaking to him recently it was great to hear him express how much he was enjoying the programme and, despite the lockdown restrictions, it has been to his advantage. He has stayed on top of his studies as well taking on more filming roles. He’s super grounded, with a mature approach to his studies, and a real pleasure to teach.”

Professor Parvati Nair, Professor of Hispanic, Cultural and Migration Studies, and Head of the School of Languages, Linguistics and Film said: “I am thrilled to know that Conrad has been nominated for a BAFTA Rising Star Award. It is absolutely great to have him as a student and we are all so very proud!

“We are confident that his studies in Film will enrich his expertise and really help in furthering his already phenomenal career. I am looking forward to seeing him both at Queen Mary and on screen.”

Voting is now open on the EE website and the winner will be announced at the EE BAFTA Film Awards on Sunday 11th April 2021 on BBC One.