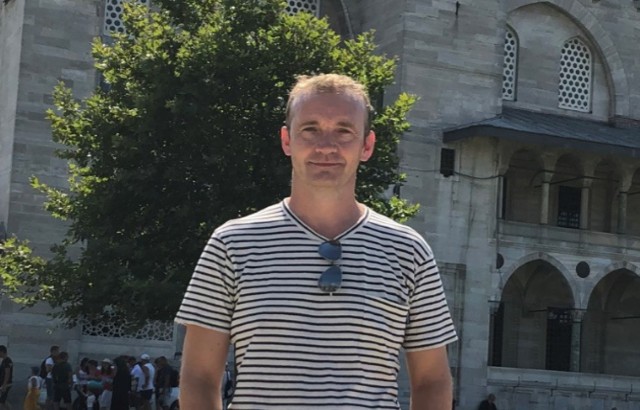 Jerry Brotton is Professor of Renaissance Studies at Queen Mary

Written and presented by Professor Jerry Brotton from Queen Mary’s School of English and Drama, Blood and Bronze will tell the story of Benvenuto Cellini (1500-1571), one of the Italian Renaissance’s most controversial yet frequently overlooked artists.

Pursuing the trail of Cellini

In the series Professor Brotton turns detective to pursue the trail of Cellini. The artist spent his life reinventing himself in his art and autobiography. He was a goldsmith; sculptor; painter; poet; soldier; musician; thief, priest and even a murderer.

Professor Brotton will untangle the man from his mythmaking by recreating his life and times across the city states of Renaissance Italy from Cellini’s birthplace of Florence to Rome Naples and Venice, as well as Paris and Fontainebleau. Each episode will recreate moments in Cellini’s life, from youthful duels to artistic commissions and murders. It will document his escapades as a soldier, his imprisonment as well as his poisoning and exile and his turbulent and disturbing love life.

The series will also explore Cellini’s triumphant art works, culminating in the casting of the bronze sculpture of ‘Perseus with the Head of Medusa’, a work that rivals Michelangelo’s ‘David’ and which to this day stands on public display in Florence’s Piazza della Signoria alongside works by Michelangelo and Donatello.

Verifying the only self-portrait of Cellini

There is also a contemporary twist that is central to this story. In the final programmes Professor Brotton investigates the ongoing authentication of a self-portrait recently unearthed in France. The picture was bought in a French flea market on the French Riviera by a Russian businessman. It has been claimed that it is Cellini’s only surviving painting.

Professor Jerry Brotton said: “I’m delighted to work with BBC Radio 3 on this new series about a neglected but important and larger than life Renaissance artist like Benvenuto Cellini. In the age of #MeToo and Black Lives Matter it’s an important moment to reassess the lives and works of such artists. It’s also a great opportunity to move into a new medium of podcasts that shows how humanities academics can use their skills to reach new audiences.”