Dr Mojisola Adebayo from the School of English and Drama was awarded the Alfred Fagon Award for her play Family Tree. 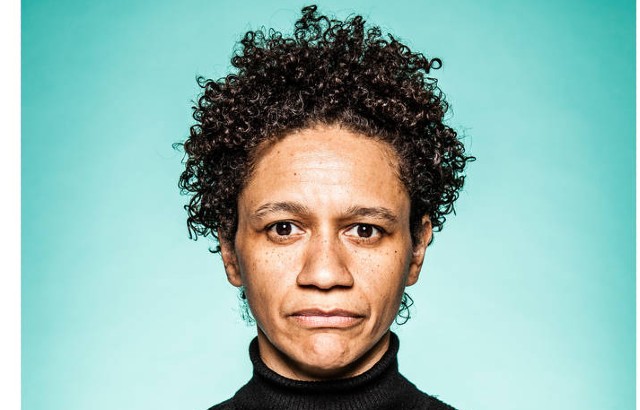 The Alfred Fagon Award was established to celebrate Black British playwrights from the Caribbean, with the winner receiving £6,000. It is the leading award for Black British Playwrights.

Dr Adebayo’s winning play is inspired by Henrietta Lacks, an African American woman who has stimulated much conversation around ethics in science. Lacks died of cervical cancer in 1951, and just before this samples of her cancerous cells were taken without her consent. Her cells, now known as HeLA cells, were extraordinary in that they were ‘immortal’ – they survived and replicated even outside of the body.

These cells have since been used in laboratories all around the world and underpin much of the work carried out to this day studying disease.

Family Tree explores the naturally arising themes of exploitation and ethics in healthcare, as well as both racial and gender inequalities. The play shines a spotlight on a little-known story in mainstream culture, and the conversations it inspires are particularly topical considering the events of the world today.

Dr Mojisola Adebayo, Lecturer in Drama, Theatre and Performance at Queen Mary University of London, said: “I am so deeply honoured and moved to be the recipient of the 2021 Alfred Fagon Award for Family Tree.

“Family Tree was a painful pregnancy. The process of researching the different ways in which Black women’s bodies have been extracted from was at times more than I thought I could cope with. And the task of writing something beautiful out of the brutal sometimes felt impossible – but we did it! So, being gifted with the Alfred Fagon Award means the world to me.

"I am both humbled and delighted to follow in the footsteps of writers and friends for whom I have a huge admiration, from Dr Oladipo Agboluaje to Winsome Pinnock and many more. There is no greater honour for me than being recognised and applauded by and amongst your own Black British theatre family, so thank you so much to all the judges, organisers and sponsors. Thank you to all my colleagues at Queen Mary for the lovely messages of congratulation.”

Dr Adebayo’s research covers an array of topics including theatre for social change, black queer theatre and performance, theatres of the African diaspora, and creating accessible and inclusive theatre.