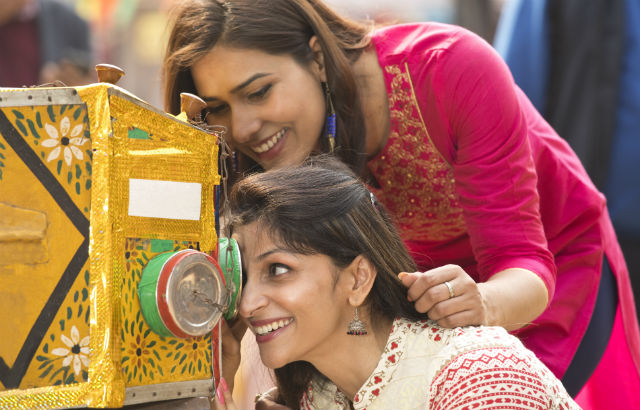 Cinema has served as a vital bridge between cultures and countries for South Asian people in Britain.

The Young Curators Lab (YCL) is an annual workshop initiated as part of the UK Asian Film Festival (UKAFF) to nurture a new generation of film curators and audiences and showcase a diverse spectrum of South Asian cinema.

Young curators have the opportunity to gain curatorial skills and watch a selection of new feature films submitted to the UK Asian Film Festival from which they will select a film that will be screened as the 'Young Curators' Choice' and receive a special award at UKAFF 2021. Previous editions of the Young Curators Lab have involved several Queen Mary students.

The YCL workshops led by Dr Devasundaram will once again involve budding curators from across the UK including London, Leicester, Edinburgh and Glasgow as well as Coventry, UK City of Culture 2021 of which UKAFF is an official partner.

Dr Devasundaram will be facilitating a weekend workshop in March for selected applicants but will also be leading the first ever edition of the Young Curators Lab in South Africa.

This year the UK Asian Film Festival (UKAFF) is teaming up with students from the Wits School of Arts, Johannesburg as well as participants from Coventry, who will be joining the team for the online learning workshops.

Dr Devasundaram has been collaborating with the University of Witwatersrand Centre for Indian Studies in Africa (CISA) and Wits School of Arts: Film & Television Department for a number of years. He was invited in 2019 to a symposium bringing together international researchers and film practitioners around the theme 'Cinema of the Global South: Towards a Southern Aesthetics' and his documentary film Movies, Memories, Magic which received a QMUL Community Engagement Prize in 2018, was screened at the Bioscope Independent Cinema in Johannesburg.

Building on this interaction, Dr Devasundaram and Dr Damon Heatlie (Wits University) will co-facilitate an inaugural YCL in March, aimed specifically at young participants from Johannesburg, whose input will inform the selection of the Young Curators’ Choice film for UKAFF 2021. This interactive workshop and screening evaluation session will expand the ambition of YCL UK to South Africa, and will set the foundation for future collaboration with academics, curators and students from the University of Witwatersrand in Johannesburg.

About the UK Asian Film Festival

The festival provides a unique platform for South Asians working in film and media around the world. Screenings and events include feature films, documentaries, short films, panel discussions, and educational and community screenings.