Professor Warren Boutcher, Acting Head of the School of English and Drama at Queen Mary University of London, has been awarded more than €2million by the European Research Council (ERC). 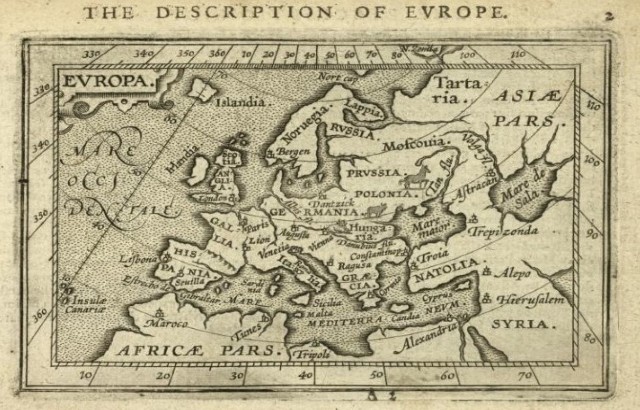 The funding, from the ERC Advanced Grant scheme, is the first ever awarded to a researcher in Queen Mary’s Faculty of Humanities and Social Sciences. Professor Boutcher will lead the research project, Textuality and Diversity: A Literary History of Europe and its Global Connections, 1545-1659, also known as TextDiveGlobal, which is set to last five years.

TextDiveGlobal will investigate multiple texts from around the continent and the world and will produce an interdisciplinary literary history of Europe and its global connections for the period between the mid-sixteenth and mid-seventeenth centuries.

“On a personal level, I am delighted for Warren. He has stepped up on many occasions to take on important roles in both the School of English and Drama as well as the Faculty of Humanities and Social Sciences. At the same time, he has established himself as a leading scholar of the early modern period and I am really pleased that he will now be able to focus on his research for a substantial period of time thanks to this this grant from the European Research Council.”

TextDiveGlobal will draw on a wide and multilingual range of textual objects and forms both made and encountered by Europeans, in relation to spaces from Mexico to China, and events from the Church Council of Trent (1545) to the diplomatic Treaty of the Pyrenees (1659).

The objective is to understand how textual and sociocultural diversity inform one another in different contexts and regions. Key outputs will include a two-volume publication from Oxford University Press, a database of information and images related to the materials, and a series of seminars that will take place across Europe and the United States.

Professor Warren Boutcher, Professor of Renaissance Studies at Queen Mary said: “This success has been shaped over many years by the vibrant research culture of the School of English and Drama and the Faculty of Humanities and Social Sciences, as well as by the excellent research support provided within the School, at Faculty level, and in central Professional Services.

“The project bridges English, Modern Languages, Comparative Literature, History and Anthropology as well as early modern area studies from the Americas to China. It involves more than 50 international collaborators based in places from Hong Kong and Budapest to Montréal and Berkeley.

“I hope it will give the Humanities and Social Sciences at Queen Mary, which have always been so strong, a boost at a moment when our disciplines are under very challenging scrutiny from a UK Government populated with ministers with humanities and social science degrees.”

About the European Research Council

The European Research Council, set up by the European Union in 2007, is the premier European funding organisation for excellent frontier research. Every year, it selects and funds the very best, creative researchers of any nationality and age, to run projects based in Europe.

ERC Advanced Grants support excellent researchers at the career stage at which they are already established research leaders with a recognised track-record of research achievements.