Arabic people nearly 50 times more likely to be stopped and scanned by police, according to new report 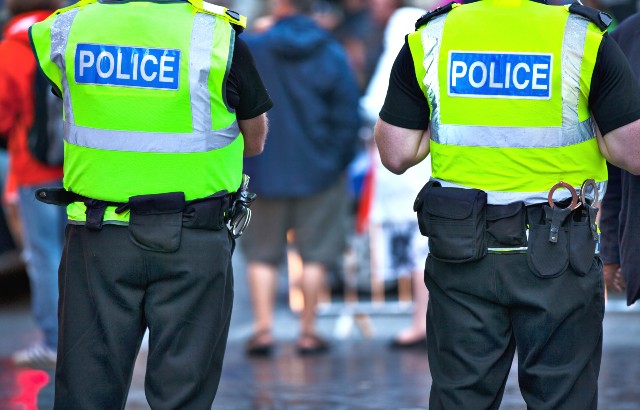 The research, undertaken in collaboration with the Racial Justice Network and Yorkshire Resists, shows evidence of systematic racial bias in the use of Biometric Services Gateway (mobile fingerprinting) by police forces.

According to the analysis, for every White North European person stopped and scanned in every 10,000 people, 48 Arabic people are scanned on average across the police jurisdictions.

The report is based on new data obtained through a Freedom of Information (FOI) requests from the period of March 2019 to June 2020 to all police forces in the UK. Police forces in Scotland and Wales have discontinued the use of mobile fingerprinting.

In addition to the system racial bias that was found, the FOI analysis on the use of mobile biometrics showed the that roll out of mobile fingerprint scanners has taken place very quickly with no public consultation or equality impact analysis.

Police at risk of becoming a border force

The report shows that the highest number of scans per area include the Metropolitan Police (34 in 10,000), Surrey Police (24 in 10,000) Cheshire Police (17 in every 10,000) and Lincolnshire Police (15 in 10,000). Kent Police overwhelmingly have the highest proportion of immigration arrests (17 per cent of scans led to immigration arrest) and contact with Home Office Command and Control. 67 per cent of scans were conducted because details provided were ‘doubted or refused’.

The authors of report argue that the introduction of the Biometric Services Gateway runs fundamentally against public interest and that police are becoming a border force. In their view, this means that further harm will be inflicted on those racially minoritised, who they are required to protect under the Equality Act.

Dr Rachel Humphris, Queen Mary University London said: “This report reveals the extent of racial profiling in English police forces and the insidious nature of the UK’s hostile environment policy. The New Plan for Immigration and Police, Crime, Sentencing and Courts Bill will only serve to exacerbate these issues. These changes affect us all.”

Potential to create a hostile environment

Peninah Wangari Jones, Director of the Racial Justice Network said: “I am encouraged by the police forces in Wales and Scotland who discontinued the use of these scans. This National data has reinforced what we have been saying for nearly three years. This report paints a picture of what technology looks like when it serves classism, institutional racism and xenophobia. We do not need to wait any longer. Stop the scan now.”

Dr Laura Loyola-Hernández, trustee Racial Justice Network, University of Leeds said: “The effects of years of hostile environment government policies and institutional racism embedded in police forces have been highlighted by the use of this technology. How can we trust the Home Office with our biometric information when they consistently fail the public by misplacing and/or deleting sensitive information which can ultimately lead to deportation as we have seen with the Windrush Generation?”

There are 45 territorial police forces and three special police forces in the United Kingdom. 27 police forces responded to the FOI request with 17 either refusing or not responding. More than half use mobile biometric fingerprint scanning technology (18) with four more in the process of acquiring the software with the potential to start scanning in a year. Only seven of responding police forces have no plans to use it in the future.

News story: New poll shows that Londoners are divided when it comes to having a Covid-19 vaccine and their plans for Christmas
27 November 2020