Medical care of injured soldiers could improve with new Artificial Intelligence (AI) tools designed for the battlefield and the hospital following a grant from the US Department of Defense for research at Queen Mary University of London. 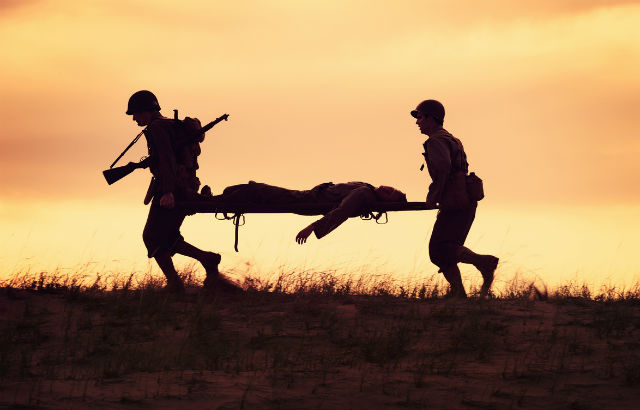 The US Department of Defense has awarded the Centre for Trauma Sciences (C4TS) at Queen Mary a $1.2 million (£976.500) grant to develop AI tools that could help save the lives of badly injured soldiers.

It is aimed at developing and validating a suite of accurate prediction models and Clinical Decision Support (CDS) tools that clinicians can use to treat wounded soldiers on the battlefield, travelling to hospital and in hospital.

Making medical decisions in the most challenging environments

“War zones are obviously very fraught environments for clinical decision making, and we know military clinicians have to make difficult decisions under time pressure, far away from the kind of sophisticated diagnostic equipment or senior, experienced advisors that are found in the NHS. So, deciding whether to employ particular surgical techniques, or whether to attempt salvage of a mangled limb, or to use precious stocks of blood is ripe for the kind of decision support aids that Artificial Intelligence might help with.”

C4TS, which is part of Queen Mary’s Blizard Institute, will work in collaboration with Queen Mary’s Risk and Information Management research group in the School of Electronic Engineering and Computer Science.

The grant builds on joint work between Queen Mary’s Computer Science team – led by Dr William Marsh – and C4TS over more than five years. It has drawn on major advances in computational modelling to develop Bayesian Network (BN) statistical analysis CDS tools for clinicians treating patients in the Royal London Hospital Major Trauma Centre. The tools generate accurate risk assessments of whether a seriously injured patient is likely to experience a major blood clotting problem – Trauma Induced Coagulopathy (TIC) - and whether an amputation is necessary for a badly damaged limb. The right treatment can then be matched to individual patients.

The grant will enable the University’s teams to extend this vital research to develop CDS models that improve the effectiveness of damage control surgery and resuscitation, limb salvage and other critical medical interventions in conflict zones.

Colonel Tai concluded: “The grant is an acknowledgement of the world-leading trauma research being undertaken by the C4TS team. The new CDS tools will first be developed and validated using sophisticated statistical models in London and the US. If successful, these AI clinical innovations could potentially be adopted by major trauma centres around the world to save civilian lives.”