Dr Reuben Loffman, a Lecturer in African History at Queen Mary University of London has written an opinion piece for The Conversation about Félix Tshisekedi's victory in the presidential election in the Democratic Republic of the Congo. He predicts that there could be further unrest in the days to come. 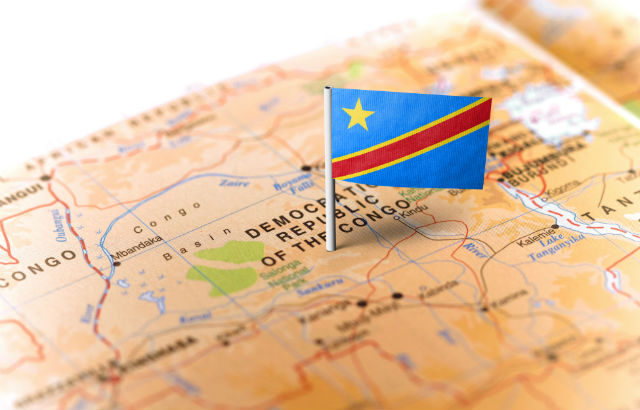 Félix Tshisekedi is the Democratic Republic of the Congo’s (DRC) president elect. He is the leader of one of the DRC’s longest serving opposition parties, the Union for Democracy and Social Progress. Before the election, he joined forces with Vital Kamerhe and his Coalition for Change. Tshisekedi promised to make Kamerhe his prime minister if he was elected president.

The Coalition for Change faced many political opponents at the polls. Their most formidable was the Common Front for the Congo, led by Emmanuel Shadary. Shadary was outgoing President Joseph Kabila’s favoured candidate.

Given that Kabila was reluctant to leave office after the Constitution required that he do so, many believed he would ensure that Shadary was elected. However, Shadary performed badly in the presidential election: he won only 4.4 million votes out of 46 million registered voters coming a distant third to the opposition candidates. Tshisekedi garnered just over seven million votes.

On the face of it, this looks like a dream win for the DRC’s opposition parties, who have finally unseated Kabila and defeated his preferred candidate. But with doubts being expressed by runner-up Martin Fayulu, the Catholic church, and the French, it might not be such an easy road to power for the president elect.

The French government is among those casting doubt on the credibility of the election results. Fayulu has also openly disputed the results, calling the poll an “electoral coup”.

There is also a rapidly developing story that the diploma in Marketing and Communications Tshisekedi may have submitted as a condition of his candidacy might not have existed. Tshisekedi supposedly got the qualification from the Institute of Commercial Careers in Brussels. The institute has refuted his claim. Tshisekedi’s Union for Democracy and Social Progress has also denied submitting the diploma as part of Tshisekedi’s candidature application.

Tshisekedi’s academic qualifications are important because the DRC’s electoral commission requires that every presidential candidate must have either a postgraduate diploma, or at least five years’ experience in politics, administration, or socio-economy.

His party knows how important the qualification issue is. That’s why the organisation’s Belgian representative André Kabanda has defended Tshisekedi, saying the president-in-waiting has the requisite five years’ experience. He says that Tshisekedi provided a certificate of service in lieu of a postgraduate diploma. This means it was his experience which led to his candidature being ratified by the electoral commission.

Even if this storm blows over, Tshisekedi’s credentials will remain under heavy scrutiny and this may make his already mammoth task of uniting the fractious DRC behind him even harder.

Even as Tshisekedi and his supporters celebrate their victory, Fayulu was arguably the most important candidate in these elections. He will have a lot of influence in determining what happens next.

In the run up to the elections Fayulu was the voice of other major opposition figures – among them former vice-president Jean-Pierre Bemba and former provincial governor Moise Katumbi – when the electoral commission barred them from running.

For a long time, Fayulu was ahead in the opinion polls in front of both Shadary and Tshisekedi. But perhaps most importantly he had the support of the Episcopal Centre of the Congolese Catholic Church, which believes he was the rightful winner of the December 30 election. The centre monitored the elections and has since announced that its tally differs from the official results as released by the election commission. There were other organisations monitoring the elections, such as the Southern African Development Community, but it isn’t clear yet if they agree or disagree with the electoral commission’s provisional election results.

However, given the power the Church has in the Congo their questioning of the official result could boost Fayulu’s challenge to a Tshisekedi presidency.

While Tshisekedi’s camp has acknowledged that he met with Kabila on several occasions, it has said these meetings were convened to ensure a smooth transition of power rather than to strike a pre-election deal. Tshisekedi’s pick for prime minister, Kamerhe, has affirmed this.

However, Kamerhe and Tshisekedi’s assertions have been dismissed by Fayulu who has urged the Catholic Church to publish its results as soon as possible. The church’s results suggest that Fayulu was elected president, and this means that there could be a great deal of unrest in the days to come.

This opinion piece was written by Dr Reuben Loffman from Queen Mary's School of History and was originally published in The Conversation on 10 January 2019.