The Jewish people who chose Germany as a place to live

A book authored by an academic at Queen Mary University of London provides a unique insight into the lives of a lesser-known Jewish population, Jews who decided to move to Germany in the 1990s. 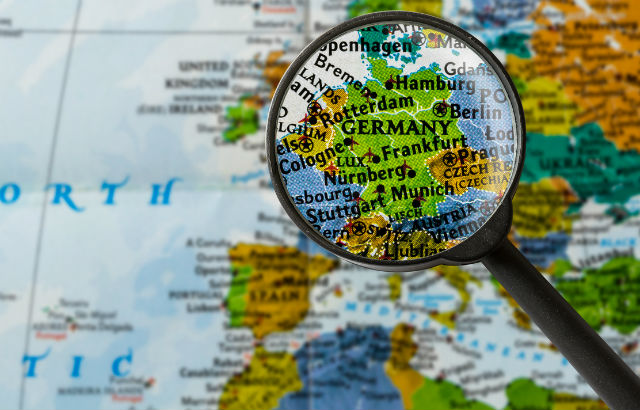 Looking at a map of Germany

Based on a wide range of archival resources and interviews with prominent Jewish commentators, the book explores the impact that the 200,000 Jews who moved from the former Soviet Union to Germany after the collapse of communism had upon the country.

First book of its kind

Russian-speaking Jews in Germany’s Jewish communities, 1990–2005 is the first book of its kind in any language to address this topic. Russian speaking Jews were invited to immigrate by the German government, with the aim of revitalising Jewish life in the country but as this book shows, there have been tensions along the way.

The work focuses on a number of underexplored areas including the differences, and resulting conflicts, between the more established German Jews and the new Russian speaking arrivals. The analysis also focuses on the question of identity including discussions concerning who should be counted as Jewish and how the Holocaust should be understood and commemorated.

The book sheds light on important symbolic questions regarding Jewish life in Germany, an identity which changed after the Holocaust, as well as exploring how Germany understands and relates to its Jewish population.

Dr Joseph Cronin, Lecturer in Modern German History at Queen Mary said: “Jews in Germany have once again become seen as different. Many now speak with Russian accents, and that, combined with their more visible presence over the past three decades explains, in part, the increase in antisemitic attacks in Germany over the past few years.

“The rise in antisemitic rhetoric and action in Europe has a variety of causes, but a common perception of those who perpetrate such acts is of ‘the Jews’ as a homogeneous entity. While this is manifestly not the case, my book provides one case study of just how divergent Jews can be: not just in terms of getting along in day-to-day life, but also on questions of fundamental importance such as who counts as a Jew in the first place.

“If these conflicts were better understood, then the fantasy of Jewish power and influence, of the Jews as string-pullers and secret manipulators, would be seriously undermined. Jews, in that respect, are just like everyone else.”