The ground war: Conservatives likely to be outgunned

Professor Tim Bale, Professor of Politics with the School of Politics and International Relations has written an opinion piece for The UK in a Changing Europe about the campaigning capabilities of the UK's political parties. 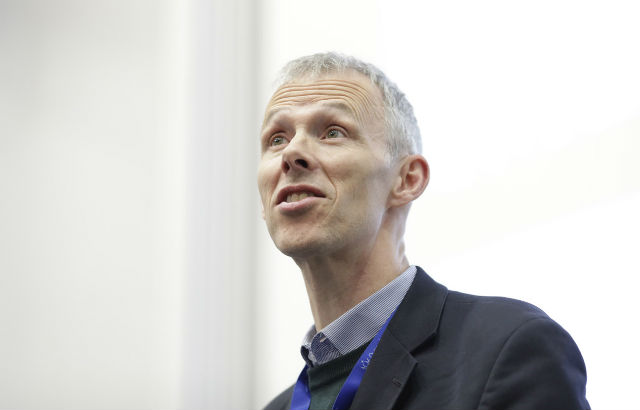 For all the increasing interest in the way parties these days fight elections on social as well as on broadcast and print media, the ground war – fought by ordinary people on streets up and down the country – still matters, especially in marginal constituencies.

Indeed, one of the reasons that Labour surprised many observers back in 2017 may well have been down – in part anyway – to the fact that, since its membership was four or five times the size of its Conservative and Liberal Democrat opponents, it could put far more boots on the ground than they could.

Since then, Labour’s membership has dropped, while the Conservatives and the Liberal Democrats have increased their numbers. But Jeremy Corbyn can still count on far more warm bodies than Boris Johnson and Jo Swinson.

Quite how warm those bodies will be, particularly in December, however, is another matter: it’s all very well having lots of members but if they aren’t willing to get out on the proverbial doorstep – and/or start bashing their keyboards for the cause – then they may not be quite the asset they seem to be.

Which brings us neatly to a number worth remembering at the beginning of any discussion about the ground war during this general election – one of many hopefully fascinating figures that feature in a recently published book, Footsoldiers: Political Party Membership in the 21st Century, co-authored by me, Paul Webb and Monica Poletti.

In the 2017 campaign, as Table 1 shows, some 36% of the 5,000-plus members of the six parties we surveyed (Labour, Conservatives, Liberal Democrats, SNP, Greens and Ukip) told us they spent no time whatsoever helping their party during those seven weeks. In other words, we need to be careful not to mistake members for activists.

Just as crucially, we need to realise that some party members do much more than their fair share of the donkey work – and, even more importantly, that members of some parties do more than others.

This is obvious whether we look at estimated time spent, as per Table 1, or the specific activities they say they engage in, as per Table 2.

The clear winners in 2017, at least when it comes to activism, were members of the SNP and the Liberal Democrats, although it’s interesting to note (in keeping with talk of hate-filled ‘Cybernats’ and endless Focus leaflets dropping onto doormats) that they had strengths in different areas, with SNP being particularly active online and the Liberal Democrats maintaining their reputation as kings of the letterbox.

Labour (and perhaps its sidekick, Momentum, too) can draw satisfaction, however, from the fact that, as well as being pretty active online, its members appeared to be particularly strong when it came to canvassing, whether face-to-face or on the phone.

Combine all that with the fact that Labour had so many more members than any other party and it almost certainly means the party has a considerable advantage in the ground campaign over most of its opponents – and in particular its main rival, the Conservatives.

For the Conservatives, the figures from 2017 are depressing to say the least: essentially four out of ten of their members admitted to doing nothing to help their party during the campaign.

True, the party may well have, say, one-and-a-half times as many members now as it did back then.

But unless those members are significantly more active than their counterparts back then – both online and offline (the latter probably being a function of age as much as anything else) – then, at this election, the Conservative Party is going to need all the paid-for Facebook ads, phone-banks, and leaflet-deliveries it can afford if it’s to come anywhere near matching its opponents’ efforts.

That said, there may be one or two crumbs of comfort for the Conservatives.

Firstly, as more detailed research we’ve published clearly shows, it’s not just paid-up members who do stuff for their preferred party at election time: there are, believe it or not, far more people who really like parties but don’t actually join them than there are people who do, meaning that the efforts of the latter are by no means the only game in town.

Secondly, look at the figures for Ukip. Not exactly impressive, are they? Which points perhaps to a potential problem for Nigel Farage’s Brexit Party.

He and his supporters (the party doesn’t actually have members in the conventional sense) may talk a good game on the telly and at their mass rallies.

But do they actually have the volunteers required to trouble the more established parties in the seats where it matters?

Of course, it’s worth pointing out that the activity rates for Ukip two years earlier, in 2015, were significantly better than they were in 2017 – one of the reasons, maybe, why it managed to win nearly four million votes four years ago.

But that difference between what Ukip members did in 2015 and what they did in 2017 points to something that should worry all the parties in 2019.

Our research at those general elections shows a clear drop off in party members’ campaign activity between the first and the second of the two – possibly due to sheer election fatigue.

December’s election might be billed as truly historic in terms of the outcome determining whether or not the UK leaves the EU but, as the third nationwide contest in four short years (the fifth if you count the 2016 referendum and this year’s European elections), it might not excite quite as much effort on the ground as its obvious importance deserves.

This opinion piece was originally published in The UK in a Changing Europe on 6 November 2019.