Six things people get wrong about the Conservative leadership contest

Philip Cowley, Professor of Politics from Queen Mary University of London has written an opinion piece for Prospect Magazine in which he spells out the six things that people get wrong about the Conservative leadership contest. He argues that much of the commentary on the subject is misleading at best. 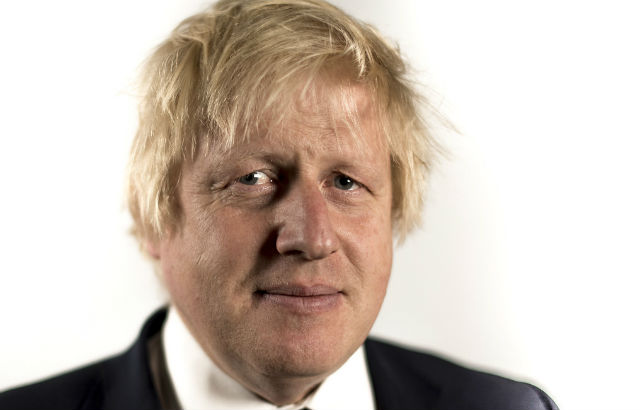 The race for the Conservative leadership—and the keys to No 10—is well underway. An enormous cast of candidates have thrown their hats in the ring and the first round of voting is upon us. Here are five things that I think people are getting wrong or misunderstanding about the contest.

The chances of the favourite

It has become received wisdom that the favourite never wins—in this case Boris Johnson. It’s been true in every contest since 1965, sure, but this isn’t some iron law of politics. It will be true until the day the favourite does win, at which point it will become false. It used to be true that in every Conservative leadership contest in which a woman participated they outpolled all their rival men. I doubt that one will last today either.

The rules of the contest

This misunderstanding is close to a constant of leadership races, not helped in this case by the decision to change the rules mid-contest, inserting hurdles that did not previously exist. In true 1922 Committee style, these changes do not appear to have been terribly well thought out. The requirement to have eight supporters before making it onto the ballot has not especially winnowed down the contest—it is still the largest field seen in a leadership contest. Other new hurdles demand that to get through to the second round requires 17 votes, to get through to the third requires 33; these are intended to speed things up, but poorly performing candidates might well have dropped out anyway, as had happened previously. Plus, the rules do not say what happens if only one person clears these hurdles (do they become leader without going to a vote of the party’s grassroots?) or indeed if no one does (the contest ends?)

The guidance rules on spending are similarly fun, if you like that sort of thing. They provide lots of detail on what is to be done to comply with the spending limits, but nothing on what happens in the event that a candidate does not comply. They require election spending returns to be submitted up to 28 days after the result is declared, by which point the winner will be safely ensconced in No 10 and unlikely to come out if it turns out they spent too much on paper clips.

The public pledges of support

Contrary to the impression that is sometimes given, these are not the same as votes—both because not everyone goes public with their pledges and because a non-trivial number of people will have been fibbing to candidates’ teams, including privately pledging support to more than one candidate. This can be a particular problem for front runners; we are, as a friend of mine put it to me, currently at the “I’m backing a man I loathe because I’m hoping for a job” stage of the contest. Conservative MPs used to tell themselves they were the most sophisticated electorate in the world; this absurd piece of self-aggrandisement was mostly just a way of saying they lie a lot. When the results are announced, reality will bite for some candidates. Shortly after the results were announced in 1975 Hugh Fraser went to see Edward Heath. “Ted was sitting behind his desk looking very fat,” Fraser recalled. “Like a pathetic whale. I wanted to hug him.” There will be a few hugs needed later today.

The weight of first preferences

It’s not just about first preferences. Too much of the commentary so far has looked at first preference votes—which is partly understandable given that people need a decent number of votes to make it through the first round. But after that what matters is where those who had previously backed eliminated candidates switch their support to. This is one reason why previous front runners, in contests from 1997 to 2005 failed to win, because they did not attract enough transfers from defeated candidates. After today, where, for example, do the supporters of (say) Mark Harper or Esther McVey go? They won’t necessarily transfer en bloc—the candidate may declare their support for someone, plenty of their supporters will take their votes elsewhere—but they will transfer, and that could be crucial in determining the eventual outcome.

Polls about how the wider electorate will react to candidates are of limited use. We should be extremely sceptical about polls, such as the one published the other day in the Telegraph, which claim to know how voters will behave depending on who wins the leadership. Voters are terrible at predicting their own future behaviour at the best of times—and these are not the best of times. In this case many of those responding to these surveys don’t have a clue about the people involved. The key to that particular poll was the Don’t Know figures, which reached 31 per cent for Rory Stewart. Almost all (though not quite all) of the difference in apparent outcome was caused by differential rates of Don’t Knows.

Projecting from national opinion polls to constituency results is also always tricky even at the best of times; when the vote is splitting all over the place as now, it is close to guess work. This is before you try to account for what different PMs will be like in reality—what policies they will pursue and how successful they will be. I am old enough to remember the 2017 general election, where someone who seemed likely to be quite a good leader according to the polls turned out not to be not so good when actually put under pressure.

This last point is the one thing about the contest that most puzzles me: the lack of almost any serious thought about what will happen after it is over. There has been only the most limited scrutiny of the candidates’ plans for Brexit (“we must deliver Brexit”—well, yes, but how…?), allied with an apparent shrug of the shoulders from a lot of Conservative MPs that the leading candidate has hidden himself away for much of the contest, like some political Boo Radley. The key electoral question is not how any of these candidates performs in a hypothetical polling question compared to other candidates most voters have not heard of, but how well they will perform when actually prime minister. When they have to regularly account for their actions, and—almost certainly, given where we are with Brexit—have failed to deliver on at least one of the key things they promised when running for the leadership.

This opinion piece was originally published in Prospect Magazine on 13 June 2019.