Researchers from People’s Palace Projects at Queen Mary University of London have supported a special initiative in Madrid, which underlines the importance of the caves of Kamukuwaká for indigenous communities in Brazil. 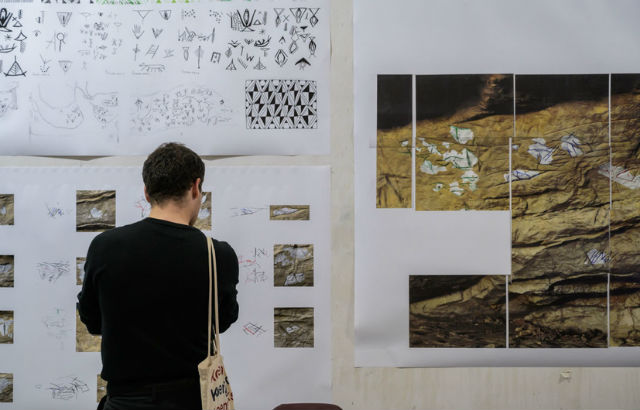 A conference held between 18-19 October, marked the one-year anniversary of the discovery of vandalism at the sacred site.

In September 2018, as part of The Challenge of the Xingu, led by People’s Palace Projects, a team of researchers, along with members of the Wauja community, undertook an expedition to the area along with representatives of the Factum Foundation for Digital Technology in Conservation. They discovered that the ancient carvings inside the cave site of Kamukuwaka, listed as a heritage site in 2010 by IPHAN (Brazil’s National Institute of Historic and Artistic Heritage), had been deliberately destroyed through systematic vandalism.

It is thought that the destruction is likely to be a result of the ongoing tensions between indigenous and farming communities in the state of Mato Grosso.

In defiance of the vandalism, Factum Foundation’s team employed high-resolution photography and scanning technologies to record the cave. Then, using cutting-edge 3D printing technologies and with reference to previous photographic documentation as well as the collective memory of the Wauja, a forensically accurate digital restoration of the rock carvings was carried out. The final outcome was a duplicate of the entrance to the cave, with the carvings, measuring 8x4x4m.

Akari Waurá, singer, historian and representative of the Wauja said: "The reconstruction of the Kamukuwaká cave and the engravings are a symbol of our endurance despite everything they do to undermine us.

“Being able to show it in Madrid is very important to the Wauja. People learned about us, about who we are, from where we come, and how we live. They learned about our history and our struggle, and perhaps they will be able to join us in the fight to protect the cave, the river, and our culture.”

Takumã Kuikuro, President of the Kuikuro Indigenous Association of the Upper Xingu said: “It was Kamukuwaká who taught us how to relate to the world around us, how to respect each other and to care for the environment.

“The story of Kamukuwaká and the carvings in the cave are our identity. We showed the paintings to our visitors from People’s Palace Projects and Factum because they were curious about our culture.

“We stood beside them and discovered together the marks of destruction left by an unknown vandal who had hacked the carvings of Kamukuwaká from the walls of the cave. Kamukuwaká defends us so we must defend Kamukuwaká and how it has taught us to be in the world.”

The initiative was co-produced in partnership with People’s Palace Projects and funded by the Factum Foundation, Queen Mary University of London and the Arts and Humanities Research Council (AHRC).

A key output of the event was a book published by Factum, The Sacred Cave of Kamukuwaká, which can be downloaded here.

A research project led by People’s Palace Projects on indigenous communities in Brazil has been nominated for a Times Higher Education Award. The ceremony will take place on 28 November.