Dr Steven Eastwood from Queen Mary’s School of Linguistics, Languages and Film has won the Maysles’ Brothers Prize at the Belfast Film Festival for his film Island. 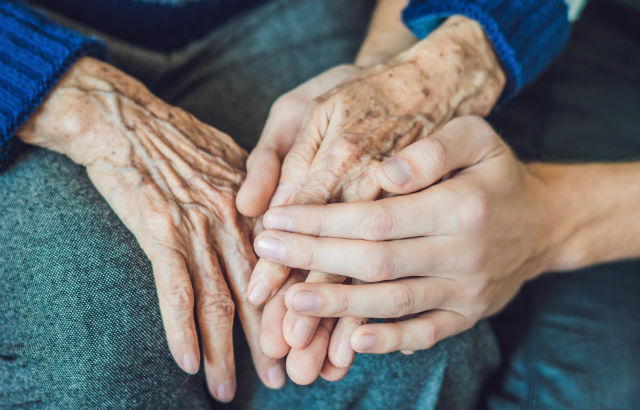 A nurse holding the hand of a patient

Filmed over 12 months at a hospice on the Isle of Wight, Island portrays the last days and hours of life of terminally ill people, including their moment of death.

“Such was the calibre of this year’s contest that we have decided to present two Special Mention Awards alongside an overall winner.

“The first goes to a film which surprised and delighted the jury with its portrayal of another world. This film was Present Perfect by Shengze Zhu. The second Special Mention award goes to For Sama by Waad El-Khateab and Edward Watts: It is an unforgettable account of human suffering and resilience, as well as being a landmark document of how war feels for those on the ground.

“For the overall winner of the year’s Maysles Brother’s Award for Observational Documentary we have chosen a film that quietly explores great depths.  For the art of its storytelling, and the seriousness of its purpose, the 2019 award goes to Steven Eastwood for Island.”

According to Dr Eastwood the film aims to break down taboos around death, viewing it very much as a part of life. The film follows four people, including one 40 year old who had been diagnosed with cancer.

Dr Eastwood believes that hospices should be more visible in the community to remove the stigma around terminal illness and dying and to make death more familiar and less frightening.

“Fifty years ago there weren’t many photographs or films of births, but now that’s understood as a celebration of our bodies,” said Steven Eastwood. “There’s lots of research that shows that being better informed about what happens to our bodies when we are dying can alleviate anxiety,” he added.

Steven Eastwood and his team also partnered with the Sussex NHS trust where Island is being used to help medical staff deliver end of life care.