Dr Robert Saunders from Queen Mary University of London’s School of History has won the Morris D. Forkosch Prize for his latest book Yes to Europe! The 1975 Referendum and Seventies Britain. 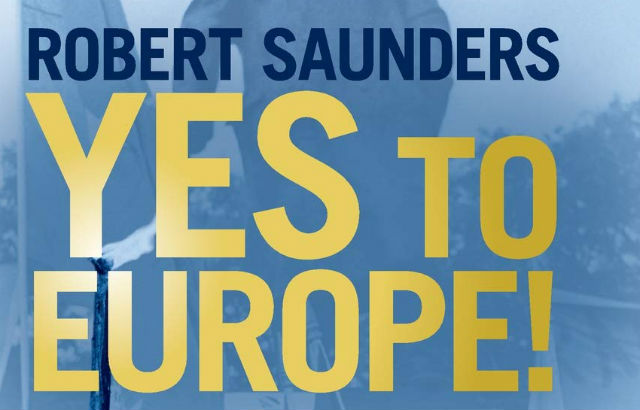 The prize, which was launched in 1993, is awarded annually by the American Historical Association ‘in recognition of the best book in English in the field of British, British Imperial, or British Commonwealth history since 1485’. Professor Roy Foster, also from Queen Mary’s School of History, was awarded the prize in 2016.

The Morris D. Forkosch Prize is the latest recognition of Dr Saunder’s book, which featured on The Telegraph’s Christmas Book List 2018 and received widespread positive reviews. BBC journalist and presenter Andrew Marr called the book ‘a jaw-dislocating page-turner’, whilst Professor Vernon Bogdanor from King’s College London wrote that the book was ‘beautifully written’.

Following the announcement, Dr Robert Saunders, Reader in Modern British History at Queen Mary wrote on Twitter that he was: “Shocked, stunned and delighted to have won the Morris D Forkosch Prize.”

He also thanked his colleagues at Cambridge University Press and the American Historical Association as well as “everyone who read chapters, made suggestions or listened to me boring on for years!”

Yes to Europe! The 1975 Referendum and Seventies Britain, provides a historical account of the 1975 referendum held in the UK to decide whether the UK should remain in the European Community.

As with the 2016 Brexit referendum, the campaign shattered old political allegiances and triggered a far-reaching debate on Britain’s place in the world. The campaign also provided challenges for the Conservative Party, and its new leader Margaret Thatcher.

Why this didn’t bring the European debate to a close

The volume offers the first modern history of the referendum, asking why voters said 'Yes to Europe' and why the result did not, as some hoped, bring the European debate in Britain to a close.