Populist parties are gaining momentum across the EU, yet many assert that centre-right parties have still to come up with viable strategies to tackle the challenge. Queen Mary’s Centre for European Research hosted a panel discussion on 11 February to explore this topic. 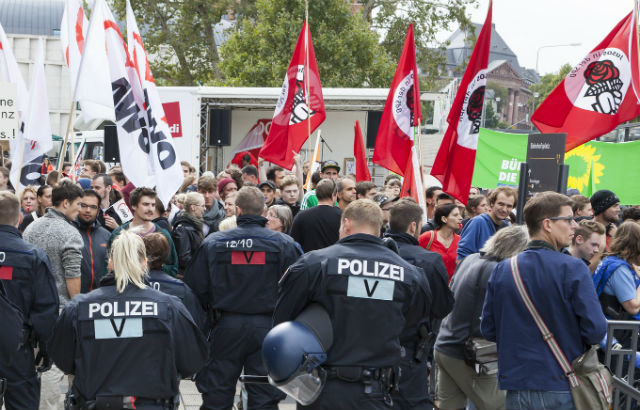 Discussions concerning the rise of populist political forces across Europe continue to intensify in the run-up to the European Parliament elections which are set to take place in May 2019. Queen Mary’s Centre for European Research held an event at London’s Europe House to debate this in more detail.

Chaired by Dr Sarah Wolff, Director of the Centre for European Research, the panel discussed the strategies that centre-right parties have used in order to rise to the populist challenge.

Tim Bale, Professor of Politics at Queen Mary gave a keynote speech in which he provided an overview of how centre-right parties in Europe have tried to counter the populism. He argued that there are four main strategies that have been used; avoidance of the issue, a toughened stance on migration and multiculturalism, forging alliances with the radical right and even transforming themselves as radical right.

Dr Sofia Vasilopoulou (Senior Lecturer in Politics, University of York), discussed how populist movements have successfully appealed to peoples’ emotions in a way that the centre-right have not. She said: “This trend is more successful in the far-right, which has led to other mainstream competitors emulating its policies and stances. In order to understand far-right populism we do need to go beyond the issue of migration.”

Charles Grant from the Centre for European Reform focussed on the impact of the far-right on power relations and policy-making. He downplayed the risk of a radical-right gain and whilst he believes that moderate parties will suffer losses in the upcoming elections, they will make a comeback in future.

The event was held on the same day that the Centre for European Research released its exclusive polling data which showed that most British people think that EU has been harsh towards the UK in its Brexit negotiations.

Commenting on the survey findings, Dr Sarah Wolff, Director of the Centre for European Research, said: “The Brexit negotiations don’t seem to have done either side any favours, with many British people feeling the EU side has been unduly harsh. But views on the process vary depending on age and, of course, on whether people are Leavers or Remainers.

“Interestingly, though, even a majority of the latter think the EU will be weakened by the UK’s departure.  That said, only a minority of Brits think Europeans will be sorry to see us go.”