Dr Laura Tisdall from Queen Mary’s School of History has been announced as one of the winners of the British Science Association Award Lectures for 2019. 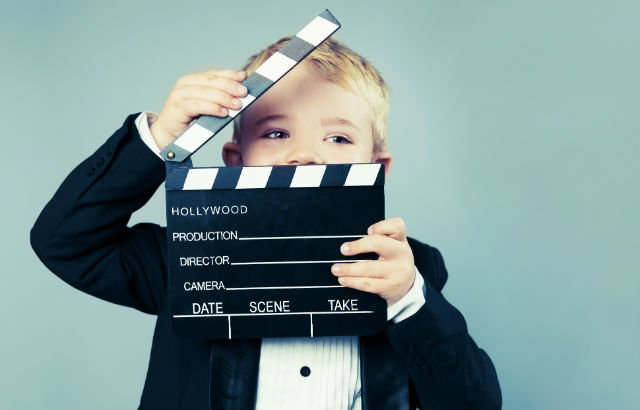 Photograph of a child with clapperboard

Following a competitive selection process, Dr Laura Tisdall has been announced as the Jacob Bronowski Award Lecture winner for Science and the Arts in recognition of her cutting-edge work and committed public engagement efforts.

Dr Laura Tisdall, a Leverhulme Postdoctoral Research Fellow at Queen Mary, said: “I will be speaking about the explosion of portrayals of ‘evil’ children in science fiction and horror films in both Britain and the US after 1945, and asking why society was suddenly so hungry to consume portrayals of disturbed and abnormal young people in the age of the Cold War.”

The Award Lectures have been presented since 1990. They are to recognise and promote the pivotal research being carried out in the UK by early-career scientists. Notable Award Lecture winners include: Professor Brian Cox (winner in 2006), Maggie Aderin-Pocock (2008) and Richard Wiseman (2002).

Dr Tisdall’s current postdoctoral project, funded by the Leverhulme Trust, focuses on how children’s and adolescents’ perceptions of adulthood in Britain have changed from around 1950 to the present day. This project considers adulthood, as well as childhood, as a constructed category, and contends that we can only understand the two in relation to each other. It will explore the tension between the ‘ideal adult’ – the psychologically mature independent actor who can, for example, give informed consent to medical procedures – and the real adult who often doesn’t live up to these ideals.

Dr Tisdall’s broader research interests include the history of psychology and psychoanalysis, memory, self-narrative and oral history as well as the history of education.

Dr Rhodri Hayward from Queen Mary's School of History said: "Laura Tisdall is a remarkable scholar. In her postdoctoral work at Oxford, Durham and Queen Mary, she has shown how changing psychological, neurological and educational theories have consistently reshaped children's sense of themselves and of their place in the world. She brings a real warmth and understanding to the history of children's emotions and the shifting shape of their inner lives. She will make a great British Science Association lecturer."

Ivvet Modinou, Director of the British Science Festival, said: “We’re delighted with the year’s cohort of Award Lecturers. The standard of entries was extremely high, and the selection process tough, so we’d like to extend our warmest congratulations to this year’s recipients.

“There’s so much amazing science happening across the country that unfortunately doesn’t get the attention it should, so we’re thrilled to offer these talented early-career researchers the chance to showcase their work at the British Science Festival this year. Their talks are not to be missed!”