BBC Icons: Alan Turing was a worthy winner – but where were the women?

Rainbow Murray, Professor of Politics at Queen Mary University of London has written an opinion piece for The Conversation in which she questions why, in the face of so many iconic women, did the final of the recent BBC Icons series feature only men? Whilst she advocates that winner Alan Turing was a worthy winner, Professor Murray argues that as a society, we do not always reward merit when we see it, sometimes blinded by our own prejudice. 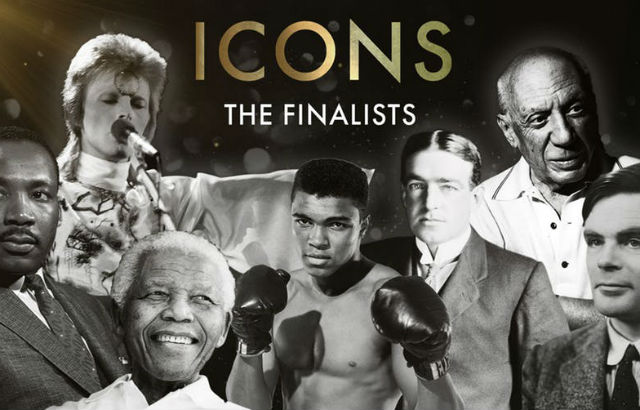 Who was the greatest icon of the 20th century? The BBC2 Icons show reminded us of people who had struggled against adversity to fight for a better, fairer, more inclusive world. But whatever you thought of the line up for the grand final on February 5, one thing was striking – there were no women on the list. Not one. The most iconic leader, activist, artist or writer, explorer, entertainer, scientist and sports star were all deemed to be men.

So what happened to the women? How could it be that not one woman ended up in the final? Usually in these situations we would blame the programme makers. However, to do so in this case would be rather unfair. I speak with some experience here, as I sat on the shortlisting panel in two of the categories (leaders and activists).

The production company was aware of diversity and was careful to include balance both in the longlists that we were given to consider, and the composition of the panels that considered them.

This is further evidenced in the shortlists that emerged from those panels, and upon which the public voted to produce the final (all-male) line up. There were outstanding women on every single one of those shortlists. Women who achieved great things, changed the world, reached the very zenith of their careers.

Women such as Marie Curie or Helen Keller, without whom the world would be a much poorer place. Women such as Billie Jean King or Tanni Grey-Thompson who dominated their field. Brilliant women such as Agatha Christie, Beatrix Potter, Enid Blyton, Ella Fitzgerald, Tina Turner, Rosa Parks, and many many more who didn’t even make it to the shortlists.

So why, in the face of so many iconic women, did the final feature only men?

To answer this, we have to move beyond the shortlists and think more broadly about our collective attitudes. As a society, we do not always reward merit when we see it, sometimes blinded by our own prejudice.

The declaration of Alan Turing as the overall winner came as recognition both of his outstanding achievement and of the failure of society to acknowledge his contribution in his own lifetime, due to attitudes at that time towards autism and homosexuality. While many of us are now able to see past such prejudice, other forms of bias endure.

For example, while we rightly celebrate Nelson Mandela and Martin Luther King Jr for standing up to racial discrimination, we have seen recent evidence from other televised contests such as Strictly Come Dancing and The Greatest Dancer that racial bias still influences public voting. But for the Icons show, the voting public comprised at least as many women as men. So why were men preferred systematically over women?

There is some truth to the claim made by presenter Clare Balding that women were not given as much opportunity as men to flourish in the 20th century. For example, on the leaders panel, we shortlisted more men than women for the simple reason that there were few female world leaders. But many of the women who did make it onto the various shortlists did so in spite of the restrictions placed upon them and the barriers that they encountered, and their stories of triumph over adversity were at least as inspiring as those of the men who were chosen over them.

So we need to dig deeper and consider how we, as a society, still treat people differently depending on whether they are male or female. Both historically and today, we are more likely to praise, celebrate and remember men’s achievements. In contrast, many of the achievements of women – even when, as was the case for many of the women who did not make the Icons final, those achievements were spectacular – are more likely to be downplayed, overlooked, and ultimately forgotten. In a show that asks the public to vote based on our collective awareness and memory of achievement, it is perhaps not so surprising after all that we more easily accord iconic status to men than to women.

And this inequality really matters. It matters symbolically – every girl and young woman who watched that final will be left with the false impression that all of the most important figures of recent history were men. This might curtail their own ambition and sense of self-worth.

But it also matters substantively. There is repeated evidence that people rate men more highly than women on things like job applications, salary evaluations and political candidate evaluations. This is the case even when fictional examples are used where the candidates are identical in everything except assigned gender. In other words, where all other things really are equal, we are still more likely to think that men are worth employing, promoting, even electing, rather than women.

It doesn’t end there. The #EverydaySexism project documents thousands of testimonies of women being patronised, insulted, harassed and even assaulted in routine, everyday contexts. From the summit of achievement to daily lived experience, women are accorded less worth and status than men. The incidences of everyday sexism are so common as to be perceived as banal – and yet they are very real in the way that they undermine women, silence them or render them invisible.

What can we learn from all this? First, that it is not women’s lack of achievement, but our collective inability to give adequate recognition to that achievement, that is at fault. Second, that we are not yet as meritocratic a society as we might imagine ourselves to be. Third, that we need to do all that we can to acknowledge the true contribution of women, past, present and future, because one of the most important lessons of a historical show is to ensure that the errors of the past are not repeated.

This opinion piece was written by Professor Rainbow Murray from Queen Mary's School of Politics and International Relations and was originally published in The Conversation on 6 February 2019.