Authority and Populism in the age of Trump

Brexit and the election of Donald Trump in 2016 appeared to confirm that right-wing populism is gaining strength across the world. Queen Mary’s Institute for Humanities and Social Sciences considered what lessons can be learned from countries facing far-right movements. 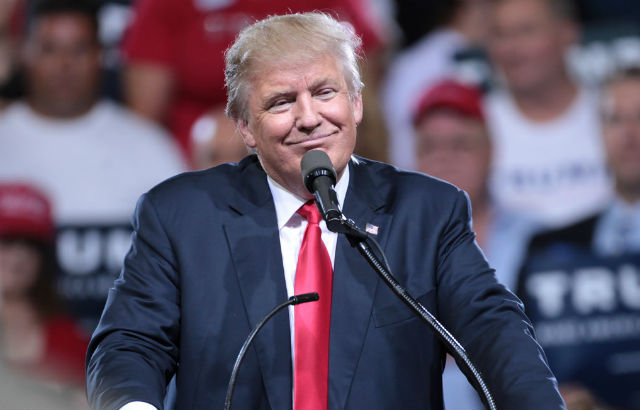 The event, Authority and Populism in the age of Trump, was presented by the Stuart Hall Foundation in association with Queen Mary University of London’s Institute for Humanities and Social Sciences and the Mile End Institute.

During the course of the evening Professor Michael Walzer, one of America’s foremost political thinkers, presented a keynote speech in which he shared his insights into the rise of populism in the United States as well as the state of politics in the country more generally. In his view, there were many reasons why Donald Trump was elected. “I don’t believe in mono-causal explanations,” he said.

“Over the last four of five decades, social democratic parties or traditions have abandoned social democratic politics. New Deal parties abandoned the New Deal,” explained Professor Walzer. He argued that the decline of unionism in the United States was an indication of the directional flow of politics more generally. He also stated that successive governments pursued “international trade agreements which did not protect people at home […] there was a choice of growth over justice, claiming that growth helped everyone.”

Professor Walzer stated that the rise of neo-liberal economics helped to create a new social group of workers, which he dubbed the ‘precariat’ in that they are a highly vulnerable working class. “Most have jobs but in the post-industry and post-union age, they are part time, insecure, low paying and without protection.” In his view this led to anger and resentment, feelings of abandonment which in turn, resonated when populist politicians blamed this situation on so-called elites.

Professor Walzer emphasised that there are complexities when it comes to explaining the rise of populism, highlighting that many politicians in the US were not right-wing as such, especially when it came to social issues and supported equality in terms of race, sexual orientation and gender. However, in his view, the problem was one of inequality and exploitation as a whole. “The United States became increasingly unequal. Capitalism could take in black people and women and still be capitalism. Just because there was less discrimination does not mean there was less exploitation,” he said.

“Capitalism is often seen as inherently patriarchal and racist. It is predominantly, but not inherently. The logic of capitalism is that it allows minorities, for exploitation,” explained Professor Walzer. In his view, the politics of class needs to be revisited and that left-wing populism should not be ignored either. Professor Walzer discussed the policies of Democratic candidates Elizabeth Warren and Bernie Sanders, describing the politics as missing from their policies and argued that whilst great progress had been made on many social issues, there remained a long way to go and called for people not to be complacent.

Dr Simon Reid-Henry, Director of Queen Mary’s Institute for Humanities and Social Sciences said: “Michael Walzer is a hugely important social and political thinker whose work has influenced thinking across a number of disciplines. It was a real privilege for us to host him, and to have done so in collaboration with the Stuart Hall Foundation as well. There was so much to take from his lecture and it kicks our activity nicely into gear for the rest of this semester.”

The Stuart Hall Foundation seeks to support new generations of creative thinkers and provoke original thinking, debate and research. Find out more about the organisation here.