Researchers at Queen Mary University of London have developed a school programme to reduce high levels of poorly managed asthma in young people. 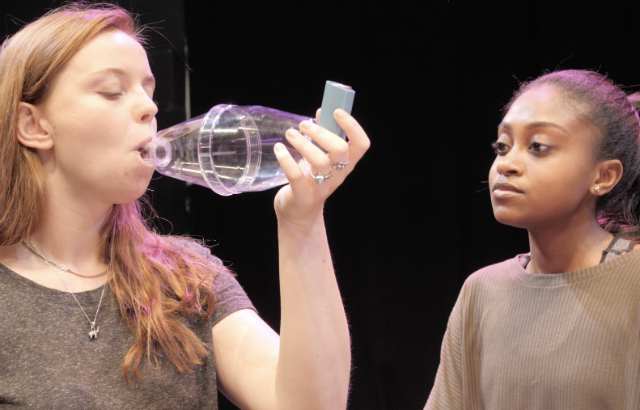 Developed by researchers at the Blizard Institute at Queen Mary, the programme will use films and apps in educational workshops and theatre performance to improve asthma control and peer support for asthma in London secondary school.

The programme has been approved and supported by Sadiq Khan, Mayor of London. He said: “The Greater London Authority and I believe that the ‘My Asthma in School’ programme is likely to promote the necessary education young people require to effectively self-manage their asthma.”

He added: “I encourage all London secondary schools to take part in this programme.”

Asthma affects approximately one in 11 children and young people in the UK; and young people with asthma have higher rates of school absences and visits to their doctor or the hospital. According to the data collected for the study, nearly half of young people (aged 11-18 years) with asthma did not have good control over their condition.*

Dr Gioia Mosler, Outreach and Learning Manager for the ‘My asthma in school project’, said: “The number of deaths from asthma in the UK rank among the highest in the EU. Many of these deaths could be prevented with better self-management.”

She added: “We want to improve the ability and motivation of young people to self-manage their asthma so they can take control of their condition.”

The research team’s results showed that young people with asthma often faced many barriers to addressing their condition, including lack of knowledge, or embarrassment to use their asthma inhaler in front of others. Based on these findings, as well as behavioural change theories, the researchers involved young people to develop a series of engaging teaching elements for an intervention, including several games, apps and videos.

The intervention will also deliver an interactive theatre performance, lasting approximately two hours, to help raise awareness of asthma among peers. The new approach has been developed with partners at Greenwich and Lewisham Young People’s Theatre**.

‘My asthma in school’ is one of the first school-based interventions for asthma self-management in the UK. Similar trials have been undertaken outside the UK, however, given that the health and education systems differ, results from these interventions may not be transferable to a UK setting.

The intervention will be trialled in London during the next few months. Given a positive result of this intervention it could be adopted as a wider programme to improve asthma in young people.

The programme is run as part of the ‘My Health in School’ initiative based at the Blizard Institute within Queen Mary University of London, which aims to improve life and health of young people at school. The team works with Professor Jonathan Grigg, who leads several studies about asthma and lung health in children and young people.

This work is supported by the National Institute for Health Research (NIHR) Collaboration for Leadership in Applied Health Research and Care (CLAHRC) North Thames at Barts Health NHS Trust.