The painkiller aspirin appears to reduce the risk of stroke and death in patients with the most deadly form of tuberculosis, according to a study by Queen Mary University of London, Oxford University Clinical Research Unit (Vietnam), Western General Hospital and University of Oxford. 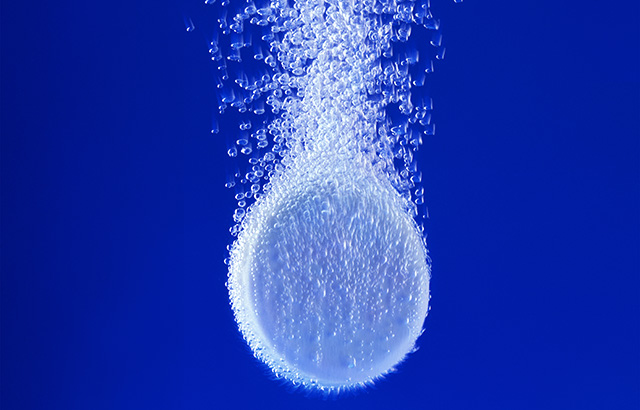 The surprising findings suggest that tuberculous (TB) meningitis may be added to the long list of life-threatening conditions that benefit from a daily aspirin dose, including stroke, heart attacks, and the prevention of colorectal cancer.

TB meningitis occurs when Mycobacterium tuberculosis bacteria spread to the central nervous system. It is the most lethal form of TB, killing or disabling around half of all sufferers despite the best available treatment.

Aspirin prevents blood clotting and helps reduce and resolve inflammation, and it has been thought that this ancient drug could help increase survival from TB meningitis by reducing brain inflammation and preventing the disease from blocking blood vessels in the brain that cause parts of the brain to die during stroke.

The study, funded by the Wellcome Trust, European Research Council and Barts Charity, and published in the journal Elife, investigated whether the addition of aspirin at low (81mg/day) or high (1000mg/day) dose, or placebo, to the first 60 days of current standard TB meningitis treatment (anti-TB drugs and steroids) was safe and reduced new strokes or death from this severe disease.

When the team analysed all 120 patients, they found that both aspirin doses were safe and both doses were associated with a reductions in new brain infarctions and death in the first 60 days of treatment, although these reductions could have occurred by chance.

However, when they looked at the 92 patients in the study that definitely had TB meningitis, there was a substantial reduction in stroke and death by 60 days.

Study author Dr Jesmond Dalli from Queen Mary’s William Harvey Research Institute said: “The present study is very exciting since it indicates that aspirin may be a useful new treatment for patients that are affected by this devastating form of tuberculosis.”

It was found that the high dose of aspirin was associated with much lower concentrations of a compound called thromboxane, which inhibits the blood’s ability to clot and may help prevent stroke. They also found higher concentrations of molecules called ‘protectins’ which help the body resolve inflammation. This indicates that other drugs may also be able to treat these infections.

The researchers caution that larger trials are now needed in children and adults, including those co-infected with HIV, to confirm the results.