A researcher from Queen Mary University of London has used his expertise in energy harvesting applications to help develop a rollercoaster which charges your phone. 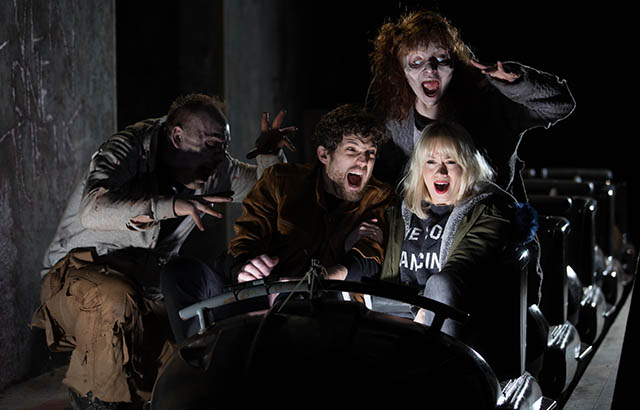 A promotional shot of the rollercoaster. David Parry/PA Wire

Dr Joe Briscoe, from the School of Engineering and Materials Science, was approached by THORPE PARK Resort to work on their latest ride ‘The Walking Dead: The Ride’ which opens over Easter.

He helped to install piezoelectric energy harvesting technology on the rollercoaster, which transforms kinetic energy from the ride into battery power for the users’ mobile phones when they are placed into a charging unit. A piezoelectric material generates a voltage when bent, stretched or compressed, hence it can convert a range of movement and vibrations into electrical energy.

Kinetic energy includes everything from the g-force and vibrations of the ride to the screams of the users. The devices fitted on to the train’s carriages capture this energy before converting into electrical energy, which is stored in a power management unit throughout the day. This unit is then removed from the carriages by staff and deposited into the on-site mobile charging point, allowing guests to charge their mobile phone.

During the 90-second ride, which is now the UK’s only rollercoaster that uses energy harvesting technology in this way, some of the power is also used to light up red LEDs on the devices to demonstrate the energy being harvested.

Dr Briscoe said: “Using vibrations and movement from the ride has allowed us to harness the stray energy that is all around us. This is an exciting concept that will undoubtedly be used more frequently in the future.

“The system uses a mini energy harvester to capture the kinetic energy, transferring them to a separate electrical circuit and storage unit, which is enough to charge a mobile phone. While the harvested power levels are very low, taking some time to fully charge the units, this demonstrates that there are a wide variety of energy sources around us that is available to be harvested.

“With growing interest in installing distributed electronic devices forming an ‘Internet of Things’, the ability to harvest power sources for these, however small, will help to remove the reliance on batteries or power connections.”

The technology took three months to implement and was designed and installed by Dr Briscoe’s team including Dr Xuan Li and Theo Saunders, also from Queen Mary, along with the engineering team at THORPE PARK Resort. It will be available at the Surrey based theme park for an initial trial period and if this proves successful, it may become a permanent fixture for the rest of the 2018 season. 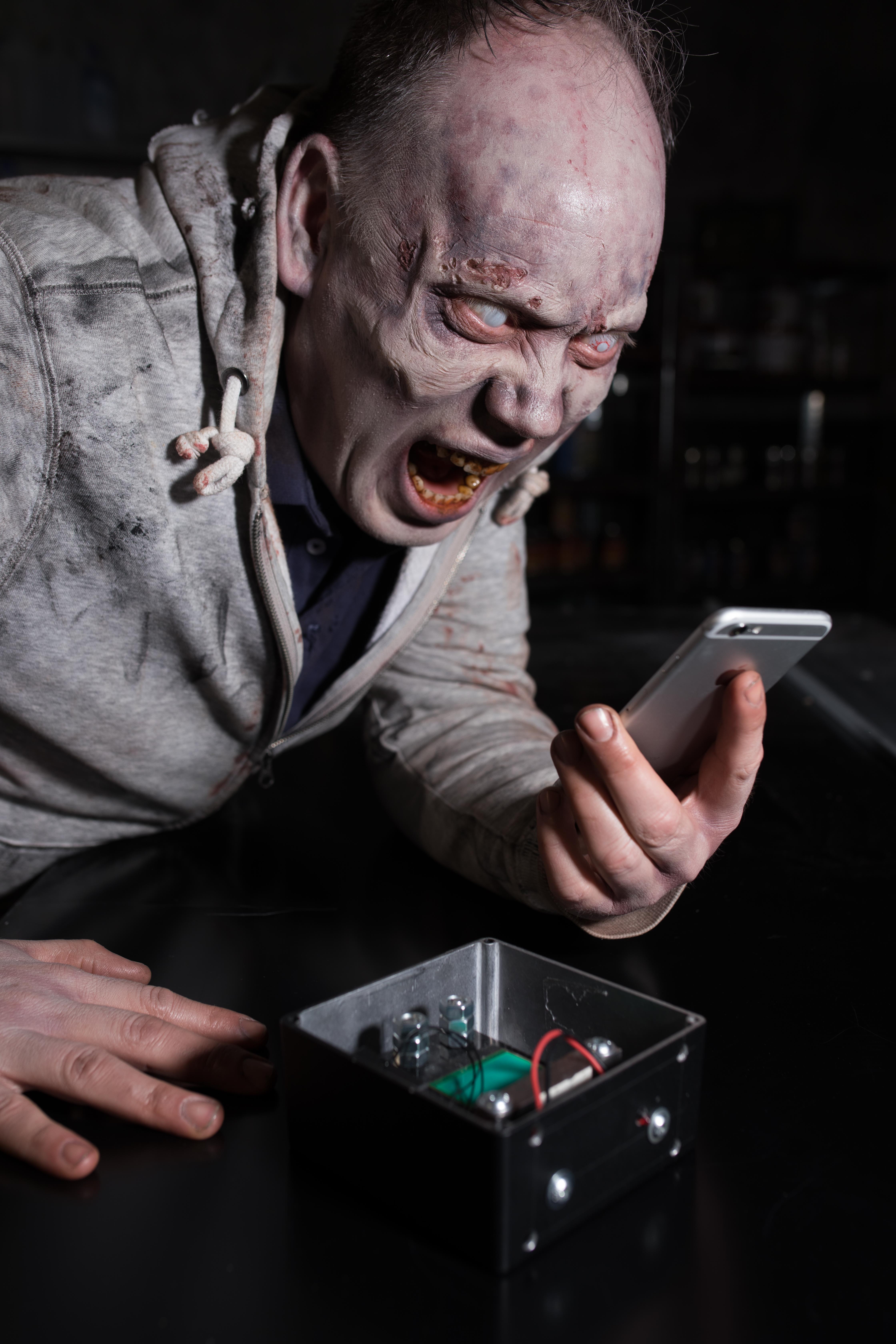 THORPE PARK Resort say the ride was created after it was revealed that running out of battery life on phones is the top fear for 18-24-year-olds, with waiting over ten minutes for an UBER and finding a grey hair also featuring in the top ten list.

THORPE PARK Resort’s John Burton, who came up with the ride concept, said: “The Walking Dead: The Ride is 15 out of 10 on the scare factor scale, so it makes sense to be able to combine and harness our visitor’s screams and the ride’s vibrations to help solve a problem each and every one of us faces; losing the charge on our mobiles when we’re on a day out.”

Divisional Director, Dominic Jones, added: “When launching The Walking Dead: The Ride we wanted to ensure our guests were offered something they couldn’t get anywhere else. Our new and exclusive immersive experience is hands down one of the most thrilling, gruesome and now intelligent on offer in the UK.”