A new project led by engineers at Queen Mary University of London that aims to reduce aircraft noise has won significant funding from the Engineering and Physical Sciences Research Council (EPSRC). 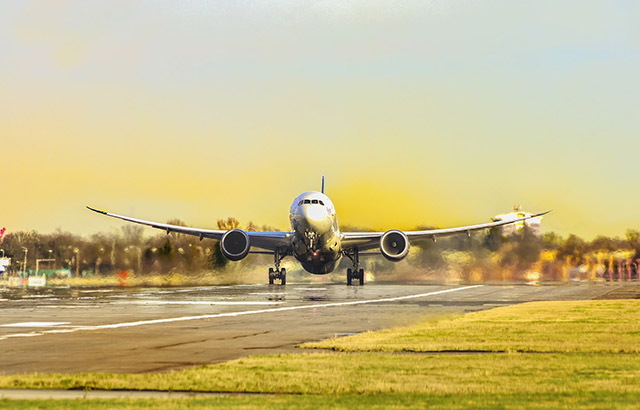 The £422,275 EPSRC grant will fund the Jet Installation Noise Abatement (JINA) project, which will bring together expertise in experimental and computational aeroacoustics and design optimisation, alongside an international advisory and industrial board, leading to the design and manufacture of the next-generation of quiet jet engines.

The work will complement extensive experimental and optimisation studies to be performed at University of Bristol as a part of an overall £1m research programme.

Aircraft noise is responsible for many physiological and psychological effects. According to recent studies, aircraft noise not only creates a nuisance by affecting amenity, quality of life, productivity, and learning, but it also increases the risk of hospital admissions and mortality due to strokes, coronary heart disease, and cardiovascular disease.

The World Health Organization estimated in 2011 that up to 1.6 million healthy life years are lost annually in the western European countries because of exposure to high levels of noise. Governments and airport operators also acknowledge the noise as a limit to both airline fleet growth and their operations, with direct consequences to the UK economy.

Based on the EUROCONTROL forecasts, the air traffic in Europe is expected to continue its long-term growth trend and the number of flights will increase by up to 2.2 times from 2010 to 2030, with the potential increase in related environmental nuisances, particularly noise.

Just last month, MPs voted in favour of plans to build a third runway at Heathrow Airport despite concerns about noise pollution to nearby communities. This research could have an impact such issues.

Reduce the noise at source

Principal investigator Sergey Karabasov, from Queen Mary’s School of Engineering and Materials Science, said: “Ever more stringent environmental regulations are now in place to reduce the impact of aircraft noise. It is, therefore, of great importance for major aviation industries, such as Airbus and Embraer, to better understand the aerodynamic noise generation mechanisms and develop more robust and effective methods to reduce the noise at source.”

While improvements in technology like the introduction of high bypass ratio turbofans used on modern commercial aircraft led to better aerodynamic performance of jet engines, it also brought about an aeroacoustical challenge, known as the ‘jet installation effect’. A significant part of aircraft noise, particularly at take-off, is created by this effect, which is due to the jet and jet-wing interaction noise.

Dr Karabasov said: “While a number of very recent studies have provided some insights into the physics of the low-frequency noise amplification heard in the jet installation effect, our current understanding remains very limited.

“JINA will help us better understand the noise generation mechanism and for the first time, proposes a well-structured methodology to develop a high-fidelity joint computational and experimental optimisation platform to reduce the jet installation noise.”