Alien may have told you “In space no one can hear you scream”, but it was wrong! 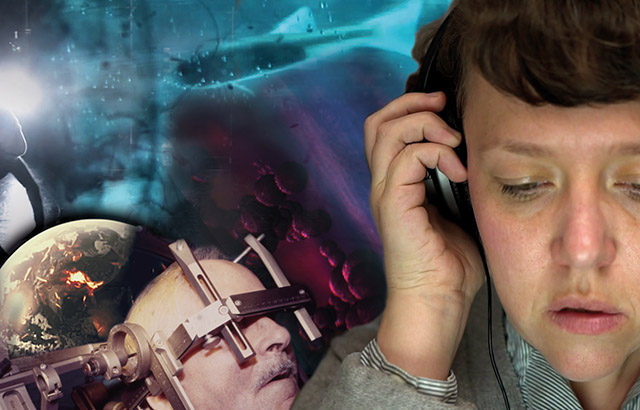 The resulting collection of films have been combined into an anthology which is now available to watch for free online.

The release of the anthology film also coincides with the 76th anniversary of the discovery of these space sounds by Swedish physicist Hannes Alfvén.

Dr Martin Archer, space physicist at Queen Mary’s School of Physics and Astronomy, and director of the project, said: “I was blown away by how the filmmaking community took to incorporating the sounds into their work.”

A framing film was produced to connect together all the films into one single feature. “We wanted the framing film to delve into the underlying science, but it was important that this was done narratively,” he added.

Seven shorts emerging from the project premiered at the SSFX Short Film Festival last year and have since found success at film festivals and events around the world.

The films’ creative use of the same sounds from space, as well as their genres and topics, range considerably.

Nidhi Gupta, writer and producer of ‘Astroturf’, said: “The SSFX project was incredibly rewarding and allowed us as a creative team to learn about an exciting area we had no knowledge of previously. We also met other interesting filmmakers and found the audiences incredibly engaged. We have had a lot of positive feedback and Martin has been incredibly supportive and a champion for these films.”

Scientists study these sounds from the space environment around Earth because of their potential effect on technology like power grids, GPS and even passenger airlines. The anthology depicts some of the consequences caused by this ‘space weather’.

The SSFX project utilises data from the USA’s National Oceanic and Atmospheric Administration and has been supported by Queen Mary’s Centre for Public Engagement, the European Geosciences Union and Science and Technology Facilities Council.

The short films which comprise the anthology are:

A meticulous young man tends to his fake garden to the sounds of deep space.

This experimental and meditative imagining captures the activities of a fish tank in a way that takes the inhabitants out of their enclosed world, to a place unknown, to feel both their death and their life.

A journey through a microscopic world. We are led via the descriptive recordings of those who travelled it.

A sound and voice collage shaped by the sounds of space and Morse code, addressing the external, physical and material experiences of sound and movement contrasted with interior reflections, explored through language, inner voices and symbols.

A secretive woman opens herself up to her unruly housemate, after they are stuck together in her room.

There's no answer when time is the question. Featuring 35mm slides found in a medical archive, this sci-fi story concerns unknown phenomena that made all organic processes so fast as to make life impossible.

Bringing together contemporary movement and digital media to capture dance in a way which pushes beyond the tangible dimensions of live performance.

Shorts from the SSFX project were selected for screening at the following film festivals:

They have also been screened as part of special events across the UK at the following venues: