Professor Geraldine Van Bueren from the School of Law at Queen Mary University of London has written an opinion piece for The Independent in which she calls for the UK government to introduce a right to food. She argues that the use of food banks ought to be a source of national shame and parliamentary action. 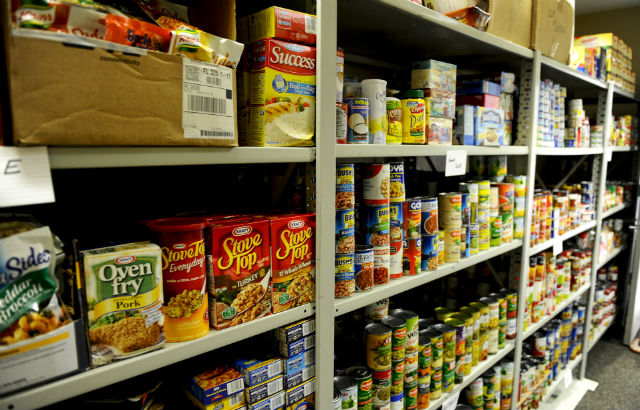 The run-up to Christmas is often a time of overindulgence, with food taking centre place. However, many people, including those working and using food banks, are going to bed hungry.

One in six people in employment have used Trussell Trust food banks. Although we have not had the hunger marches of the 1920s and 1930s, the fact that the Trussell Trust network gave 1,332,952 three-day emergency food supplies to people in crisis during the last year, ought to be a source of national shame and parliamentary action.

We take justifiable pride in the response of charities to those who are hungry, but food banks were never intended to guarantee adequate nutrition to everyone. Food banks are unable to store fresh fruit and vegetables and rely instead on tinned and preserved food.

This means that people who are dependent upon food banks are not able to have the “five a day” that the Department of Health recommends. This lack of adequate nutrition may contribute to potential health problems later in life.

Charity is also a matter of discretion, and can wither during times of austerity. And pride can be a potent bar to receiving charity, sometimes for those most in need.

There are many necessary laws regulating food safety and standards. The laws prohibit harmful substances and ensure food safety, but one essential law is missing: A right to adequate food for everyone.

Ironically, in the United Kingdom, a court, in exceptional circumstances, can order a person to be force-fed, but it can rarely order the government to provide adequate food to those who are hungry.

We do have laws protecting freedom of expression. This means that the law protects us so we can enjoy watching Bake Off; so that we can Instagram our food and read restaurant reviews. However, if parents go without food so their children can eat, there is no legal framework which can make governments provide adequate and sufficient nutrition; there is a lack of accountability by the law on British governments.

What a right to food would mean

A right to food would mean that all public institutions would have to offer adequate nutritious food; this would include hospitals and care homes. According to the Office for National Statistics, of the 11.6 million people over the age of 65 in the UK, over a million are estimated to be malnourished or at risk of malnutrition.

A right to food would mean that individuals or households would be guaranteed the economic means to acquire their food without having to forfeit other necessities. It would not mean having to choose between paying for food or heating.

A right to food would mean that if schools reported evidence of children going hungry it would act as an early warning, and if nothing were done, then the failures of a government could be challenged and remedied in the courts.
It would also mean that if there were reforms to the benefits system as with universal credit, or reforms to pensions, parliament would have to consider whether the reforms protected everyone’s right to food.

Other countries, including Brazil and South Africa, regard food as an important aspect of human dignity and protect the right to food as one of their fundamental human rights.

Poorer countries also accept that everyone is entitled to adequate nutrition. This begs a question: If poorer countries, such as Nepal and Kenya, regard it as the duty of government to guarantee to everyone a right to food, even if they have difficulty implementing it, should not the much wealthier United Kingdom ensure we all have sufficient food?

There is also a human face to globalisation. According to the United Nations, even where a state faces severe resource constraints caused by recession, measures should be undertaken to ensure that the right to adequate food is fulfilled for the vulnerable. The United Kingdom has accepted this legal obligation since 20 May 1976.

For over 40 years, successive UK governments have been obliged under international law to implement progressively the right to food, according to the country’s maximum available resources. The increase in the use of food banks clearly shows the lack of progressive implementation. There is not a food shortage, but a lack of access to available food for everyone.

A right to food would mean that government would, after widespread public consultation, adopt a good food policy guaranteeing food security through our farming. It would set out government obligations to prevent children from going hungry, and ensure that the poorest in our communities are able to access fresh nutritious foods.

Individual MPs, including Frank Field and Emma Lewell Buck, have introduced bills on different aspects of food security, but the right to food for everyone has not been made a manifesto commitment by the Conservative, Labour or Liberal Democrat parties.

Charles Dickens’ A Christmas Carol is often read aloud during this season. The story of how a miserly Scrooge, obsessed with concentrating on his business accounts and scornful of those less fortunate, had a dramatic change of heart might be instructive for parliament. Because it could lead to seeing the merits of enacting a legal right to food as a year-round entitlement, rather than leaving it all to charity.

This opinion piece was originally published in The Independent on 2 December 2018.