Far from a clean divorce from the EU, the UK will remain considerably tied to EU law and the European Court of Justice for years to come according to Dr Davor Jancic, Lecturer in Law in the School of Law at Queen Mary University of London. Davor Jancic analysed the future role of the European Court of Justice following Brexit in a piece recently published in The Conversation. 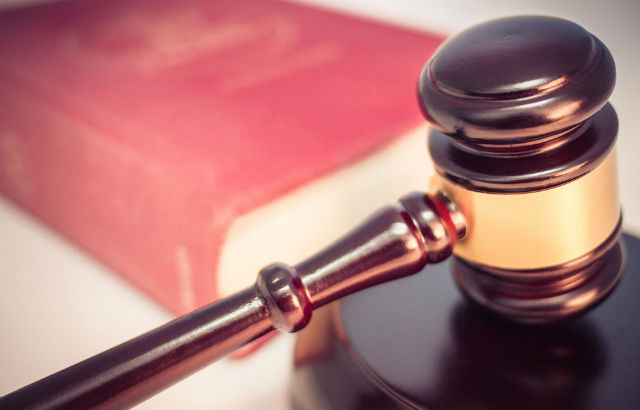 One of the key objectives of Brexit is to get rid of the European Court of Justice (ECJ) and restore the authority of British courts. But under prime minister Theresa May’s current plan, the ECJ’s influence after Brexit will remain significant.

The new white paper, which merely sets out the UK government’s plans and is not binding on the EU, strongly confirms the tension between the anti-EU rhetoric in the UK and the sobering legal and political reality on the ground in Brexit negotiations. The truth behind Downing Street’s new Brexit blueprint is that the closer we get to the finish line, the more the cabinet yields to the EU’s position. This shows Britain’s diplomatic weakness in the tortuous cherry-picking exercise that Brexit has become.

Far from a clean divorce from the EU, the UK will remain considerably tied to EU law and the ECJ for years to come. Contrary to the government’s promises to end ECJ jurisdiction, the white paper represents a veiled admission of the ECJ’s continued role post-Brexit. Opting for a “softer” Brexit, the cabinet has accepted a much harder future ECJ influence over UK policies than before. Here is why.

The government wants to maintain a variety of “common rulebooks” after Brexit. This is effectively a shorthand for the application of EU law and ECJ jurisdiction. This concerns, above all, goods (including manufactured, agricultural, and fisheries products), state aid, trading rules on electricity and carbon emissions, and the Union Customs Code (EU customs procedures). These rulebooks are so wide that the government describes them as “areas of EU law where there is already a body of case law stretching back for decades”.

To ensure British and EU rules remain the same, the government accepts ongoing harmonisation with EU rules, much like it already does as an EU member by voting with other member states to make EU legislation. The Westminster parliament would then bring these EU rules into UK law, much like it presently does when it implements EU directives. The difference, though, is that after Brexit, the UK would not be able to vote on these EU rules. Instead, all other member states would make those rules for the UK, much like they currently do for Norway, Iceland and Lichtenstein due to their membership of the European Economic Area (EEA).

The government also speaks of non-regression in the areas of environment protection and employment. This means that EU law will set the standards below which the UK cannot go. To interpret these standards, one has to turn to the ECJ.

For all intents and purposes, the common rulebook is EU law. The government acknowledges that this would prevent the UK from diverging from EU rules both domestically and in relations with foreign partners. What is more, UK courts would have to pay due regard to ECJ case law in areas covered by the rulebooks. This duty already features in the EU’s Draft Withdrawal Agreement.

In practice, UK courts are likely to continue following ECJ guidance even after Brexit. Parliament permits this through Section 6 of the European Union (Withdrawal) Act 2018, which enables UK courts to have regard to post-Brexit ECJ case law where this would be relevant for the resolution of disputes before them. Although optional, this is an important way in which ECJ decisions can make their way into the UK. Even so, the EU is unlikely to accept “due regard” as sufficient to preserve the autonomy and coherence of EU law, which the ECJ has held sacrosanct throughout EU integration.

The UK government also wishes to participate in EU agencies after Brexit. These set standards for the access of foreign goods to the EU market. MPs have voted to keep the UK in the European Medicines Agency, which is set to be relocated from London to Amsterdam. The government will also seek participation in the European Chemicals Agency and the European Aviation Safety Agency.

Provided the UK manages to persuade the EU to accept this, the government undertakes to “respect the remit” of the ECJ. This means that its case law regarding the work and acts of these agencies would apply to the UK.

By virtue of the EU Withdrawal Act, UK courts after Brexit will no longer be allowed to refer matters to the ECJ for interpretation. However, the white paper proposes that a joint committee, composed of EU and UK officials, should be entitled to do so concerning the common rulebooks. The joint committee would then have to resolve the dispute consistently with the ECJ’s answer.

These arrangements are clearly inspired by the EEA (Norway) model. Yet the EU is unlikely to endorse this arrangement, because the ECJ’s previous case law insists that the coherence and uniformity of EU law cannot depend on the will of foreign authorities. To make it work, the UK would have to come much closer to EEA status and agree more robust guarantees favouring the ECJ.

The European Court of Justice is here to stay

These government plans mean that the UK will become a norm taker, with the ECJ’s role persisting in all but name. Where the substance of EU law continues to apply in the UK – through the withdrawal agreement or a trade agreement – the ECJ will exercise significant influence.

The European Parliament also warned in March 2018 that it would only consent to a future UK-EU relationship if it safeguarded the role of the ECJ.

Portraying this as the end of ECJ influence, as the prime minister does in her foreword to the white paper, is unconvincing. The government’s latest Brexit plan is riddled with contradictions and false promises, making the rejection of the ECJ little more than a pipe dream.

This blog was originally published in The Conversation on 18 July 2018.