A recent Queen Mary University of London graduate is now responsible for developing policy on insolvency, enforcement of court decisions, as well as monitoring judicial reform in Ukraine. 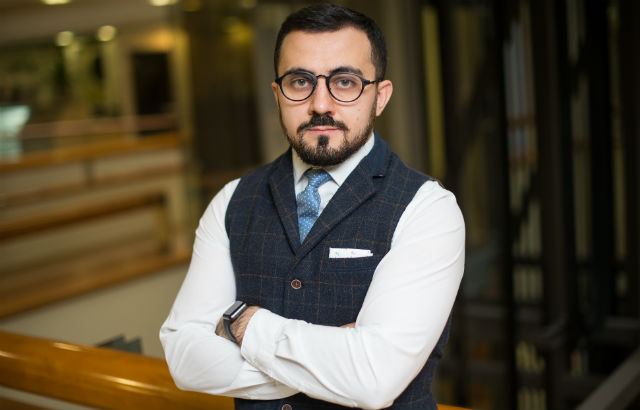 At only 27 years old, Illia Chernohorenko was appointed as Director General at the newly established Directorate for Judiciary, Courts and Related Legal Institutions at the Ministry of Justice of Ukraine.

Mr Chernohorenko completed a Masters in Dispute Resolution as a UK Foreign and Commonwealth Office Chevening Scholar. He graduated with Distinction in November 2017.

Mr Chernohorenko said the knowledge and overall experience he gained while studying at Queen Mary played a crucial role in his appointment. “There is no doubt Queen Mary offers both an academic and professional environment which enables the achievement of the highest goals in future careers. I think the following three words sums up Queen Mary’s School of Law: diversity, opportunity, and traditions.

“I am particularly grateful to Professor Loukas Mistelis (Director at the School of International Arbitration, CCLS) for his dedication to the studying process and individual approach to each of his students.”

Legal specialists at Queen Mary are leading on the establishment of Ukraine’s High Court on Intellectual Property (IP), which forms part of a radical transformation of the country’s legal system.

The two-year, £850,000 project is being led by Professor Ioannis Kokkoris and Dr Noam Shemtov, both from Queen Mary’s Centre for Commercial Law Studies.

Speaking about the project, Professor Kokkoris said: “By assisting governments with their judicial reform programmes, the UK is reinforcing and projecting its role as a leading global centre for the provision of legal services. I am delighted that the UK Government recognises the importance of supporting the international judicial community and is prepared to invest in strengthening the rule of law overseas.”