The annual prize is awarded by the Leverhulme Trust to recognise the achievement of outstanding researchers. 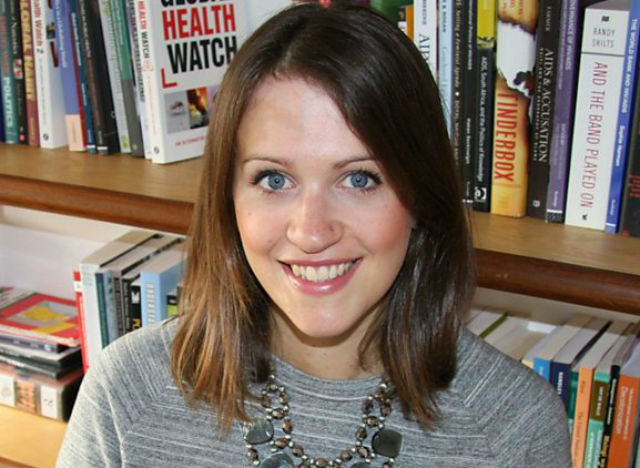 Dr Sophie Harman from Queen Mary University of London will receive the Philip Leverhulme Prize in recognition of her research achievements on the politics of global health.

Dr Sophie Harman from Queen Mary’s School of Politics and International Relations said: “I am thrilled and honoured to be awarded the Philip Leverhulme Prize. This prestigious prize will allow me to build on my research on the politics of gender and invisible women in global health and give recognition and new understanding as to how talented women from sub-Saharan Africa continue to be side-lined or ignored in global health politics.”

“This research is for anyone who has been told they are the unsuccessful candidate despite being the best woman for the job. I can’t wait to get started,” she added.

The Philip Leverhulme Prize is given to scholars whose work has attracted international attention and whose future career is deemed to be exceptionally promising. Up to 30 prizes of £100,000 are awarded each year across a range of academic disciplines.

The award follows the UK release of Dr Harman’s film Pili which is about women living with HIV/AIDS in East Africa. Dr Harman produced the film on location and devised the story from interviews with 85 women from the Pwani region of Tanzania. More than 65 per cent of the cast are HIV-positive.

Following the announcement of the award, Professor Adrian Smith, Dean for Research at Queen Mary said: “The award of a Philip Leverhulme Prize for Politics to Sophie Harman is a wonderful achievement and recognition of her many excellent research contributions in the field.”

“This news adds to the significant number of prize winners that have been awarded in the recent past to colleagues in the Faculty of Humanities and Social Sciences at Queen Mary, and our congratulations go to Sophie on this fantastic achievement.”