A new book and film by an academic from Queen Mary University of London offers a fresh perspective on Indian cinema. 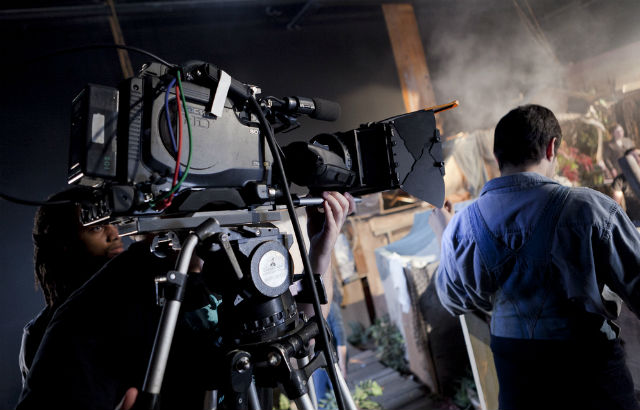 The Indian Hindi-language film industry, often referred to as Bollywood, is arguably the most famous form of Indian cinema in the world.

Published on 31 October 2018, the edited volume is the first of its kind to explore independent Indian cinema and offers a comprehensive collection of theoretical, philosophical and epistemological perspectives from scholars around the world.

A reflection of contemporary India

Contributions from 12 female authors include chapters on subjects as diverse as queerness and disability to representations of femininity and migration.

Dr Devasundaram said: “The volume’s overarching theme states that the new independent films are breaching the Bollywood bastion, and are revolutionising contemporary Indian cinema by providing a more nuanced, multifaceted, self-appraising and alternative insight into India.”

Professor Dilip Menon, Mellon Chair of Indian Studies and the Director of the Centre for Indian Studies in Africa at the University of Witwatersrand, reviewed the edited volume. He described the work as “a pioneering, original and sophisticated volume that carves out new terrain in Indian film studies.”

Professor Menon added that the book was “wide-ranging and looks at the ‘indie’ revolution and the daring way it engages with sexuality, caste and contemporary political violence in South Asia.”

From India to Ireland

Next month sees the screening of Dr Devasundaram’s film, Movies, Memories, Magic, at the Indian Film Festival of Ireland (IFFI 2018).

The film is the culmination of a year-long UK Heritage Lottery project led by the UK Asian Film Festival (UKAFF) and Queen Mary University of London. It vibrantly depicts how iconic South Asian films screened in renowned cinema halls in London, from the winding alleyways of Brick Lane to the bustling streets of Southall, galvanised cultural conversations and shaped trends in music, food, fashion and politics.

Dr Devasundaram said: “I am delighted to have directed the documentary film Movies, Memories, Magic, which was made under the banner of the Memories Through Cinema Heritage Project. This filmmaking journey has been a real labour of love, punctuated by the collective enthusiasm and engagement of a dedicated team of young volunteers, particularly Queen Mary students.

“The film epitomises how community conversations can build bridges between the education sector, creative industries and civil society,” he added.

Dr Ashvin Immanuel Devasundaram is a Lecturer in World Cinema in Queen Mary’s School of Languages, Linguistics and Film. He convenes a module on New Independent Indian Cinema, which is the only one of its kind in a UK university.

Find out more about Film Studies at Queen Mary.